Republished with permission from the Baltimore Post-Examiner

Coronavirus outbreaks are suspected at two nursing homes in Charles County, but government officials and facility managers say they cannot confirm the cases due to privacy issues.

One of the suspected outbreaks is at The Charleston Senior Community in Waldorf and the other at Sagepoint Senior Living Services in LaPlata, which has acknowledged one case.

An email, obtained Tuesday by the Baltimore Post-Examiner, confirms new COVID-19 cases at the Charleston facility. In the April 14 letter to family members, Executive Director Patrick Goff said the increase in cases was not unexpected.

“We have identified a few more positive cases of COVID in the building, and have moved these residents to our isolation floor as soon as the results are received,” Goff stated in the letter. “This increase, as I mentioned in my last update was to be expected.  The trend we have seen so far is that the residents and staff who have tested positive are not showing any symptoms, and are being caught by precautionary testing.”

The letter also suggested a health care team visited the facility Monday. In early April, under the leadership of  Gov. Larry Hogan, nursing home task force teams were established for senior living facilities to help combat the spread of the virus to elderly residents.

“We had an onsite visit yesterday from Dr. (Suzan) Lowry, the Health Officer for Charles County, along with some members of the Emergency Preparedness team,” Goff wrote. “The purpose of the visit was to see how we are handling the crisis, from the care provided to positive cases, and precautions we are taking for every resident and staff member.”

In a statement to the Baltimore Post-Examiner, Goff said he did not approve of the contents of the letter being shared.

“I have not authorized anyone to release them to the public,” Goff said. ” I would also like to let you know that I am the only person authorized to release any information to the media/press on behalf of The Charleston.”

The facility has acknowledged one infected resident. “On March 30, 2020, we communicated to you that Sagepoint had a resident test positive for COVID19 in the long-term care building,” an April 10 letter from management stated.  . . .” To attempt to combat spread, we developed a very aggressive plan to test all residents with and without symptoms. Working with the Maryland Department of Health, we were able to accomplish the testing.”

The March 30 letter to families is posted on the nursing home’s website, as is the April 10 letter, in a Covid-19 Update section.

The family member claims Sagepoint management has kept resident “point of contacts” in the dark about the virus while the staff has been secretly working to prevent the spread.

The family member says they were not informed any testing was taking place until after the tests were completed. Nor were they informed when management changed internal policies that restricted movement of certain residents from other units, hallways and even when isolation in their rooms was required – including when doors were ordered to remain closed.

“Out of all the nursing facilities in the county, Sagepoint is considered to be the best,” the family member said. “I was in agreement with that until the last few months as I have witnessed so many things being swept under the rug and now with little to no transparency about what is going on in the facility with the virus. I have very little trust for the management team. They hide behind HIPPA [sic] and other privacy requirements…”

The Health Insurance Portability and Accountability Act (HIPAA) of 1996 establishes strict nationwide standards with regard to patient privacy. 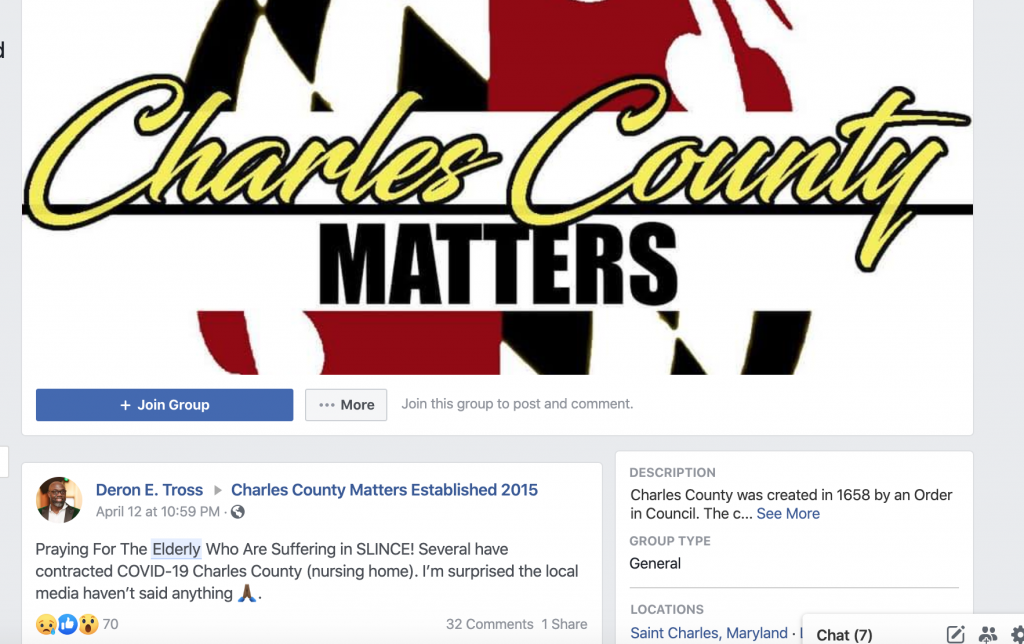 Tross said in an interview that a Sagepoint staff member confided in him that four residents had tested positively for COVID-19 cases at the facility.

He said another source, with knowledge of outbreaks at the facility, said employees were not informed when a staff member also tested positive for the virus.

Sagepoint Executive Director Andrea Dwyer did not respond Tuesday afternoon to a series of questions about internal policies and COVID-19 cases, but at 9:09 p.m. Tuesday night, management posted a new letter on their website saying, in part, that a new communications policy was being instituted to keep families informed.

“[W]e have begun an additional communication process during this situation,” the April 14 management letter stated. “Every day, Monday through Friday, a nurse will visit your family member and make daily contact by phone call with all residents’ families. These calls will be coordinated and allow us the opportunity to provide our Sagepoint families with a daily update, which will help to answer your questions.”

On Wednesday, Maryland health officials reported 10,032 confirmed COVID-19 cases and 349 deaths statewide. Included in those figures, Charles County reported 310 cases and 11 deaths. Hogan said at an April 7 press conference 90 nursing homes and long-term care facilities in Maryland have been affected by “cases and clusters” of the coronavirus. Pleasant View Nursing Home in Mt. Airy has had 24 COVID-19-related deaths as of Monday, according to the Carroll County Health Department. No additional deaths had been reported there as of Thursday afternoon.

“My [family] believes we should be prepared for the worst,” the Sagepoint family member said. “I believe our family and all other families, as well as the public, should know how many cases they are dealing with for both residents and staff and how long this has been going on.” 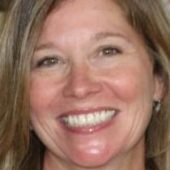 Glynis Kazanjian is a freelance journalist and award-winning investigative reporter with an eye for transparency and accountability in government and politics. Kazanjian's reporting has triggered state investigations in police corruption, as well as changes to state policy in campaign finance and regulatory reform. During her 10-year freelance journey, she has also worked for cable television production companies like the Discovery Channel and Reelz providing true crime timelines for television series scripts.

State prepares for former inmates to sign up for Medicaid