MTA CAPITAL BUDGET TO PLUMMET $345M: Money for Maryland Transit Administration capital projects is set to plummet by $345 million, or about 10%, over the next six fiscal years, according to the state’s latest draft transportation budget, Baltimore Sun staff, which is continuing its byline strike, report. The MTA already faces a shortfall of more than $2 billion over the next decade to keep the agency’s transit systems safe, in compliance with regulations and enhanced with new technology and mobility options, according to the agency’s first Capital Needs Inventory.

DNR PROPOSES 30% DROP IN OYSTER HARVEST: The Maryland Department of Natural Resources has proposed reducing the state’s oyster harvest by an estimated 30% this season, using a combination of shortening the days and season, smaller bushel limits and closures, Rachael Pacella of the Annapolis Capital is reporting.

NO SCHOOL START REFERENDUM: Danielle Gaines of Maryland Matters reports that the Labor Day holiday has come and gone. So too, has a deadline to put a question about post-Labor Day school start dates on the 2020 ballot. At a fiery news conference in February, Gov. Larry Hogan promised to take the issue to the ballot. A majority of Democrats in the General Assembly this year passed a bill that overturned Hogan’s executive order mandating school calendars start after Labor Day and end before June 15. They put the issue back in the hands of the local school districts.

OPINION: DESEGREGATING HOWARD SCHOOLS: The editorial board for the Sun urges, “Every school system in Maryland should be watching Howard County’s current effort to desegregate its public schools. It is among the most ambitious, most meaningful and likely most contentious county-level school reforms undertaken in this state in years.”

OPINION: DO THE RIGHT THING: In a column for his political Maryland blog, Barry Rascovar opines that “we live in an era where fewer and fewer politicians are willing to take the high road. Doing the right thing has become an increasingly alien term.” He begins by citing Gov. Larry Hogan’s recent statements against allowing the Board of Public Works set compensation for five men wrongly imprisoned in Maryland.

CODE RED: PART II: HEALTH IMPERILED: In Part II of Code Red, in MarylandReporter, Ian Round, Jazmin Conner, Jermaine Rowley and John Fairhall report for the Capital News Service that as heat and humidity increase, it becomes harder for sweat to evaporate and the human body to cool off. Under physical and mental stress people may struggle to maintain core organs and systems: their cardiovascular system, lungs, kidneys and brain. The body’s alarm bells begin to ring. The heart pumps faster to cool the body when its core temperature soars toward the red zone of 104 degrees and beyond — and likely death without fast medical intervention.

OPINION: FRANCHOT & THE GOLDSTEIN SYNDROME: As Comptroller Peter Franchot ponders a run for governor, political pundit Frank DeFilippo wonders if Franchot will suffer from the same syndrome that the late Comptroller Louis Goldstein did.

SHERIFF CANDIDATE CHARGED WITH FINANCE VIOLATIONS: A 2014 candidate for Baltimore City sheriff was charged with campaign finance violations Friday by the Office of the State Prosecutor. Heather Cobun of the Daily Record reports that the state prosecutor alleges that Richard Parker, 41, of Gwynn Oak, filed a campaign finance report in January 2015 that indicated he had more than $40,000 in his campaign account, though his actual account “never contained an amount close” to that. Parker also filed the report with the electronic signature of his treasurer, but his treasurer had not consented to have forms signed in her name.

FUEL-LADEN VANS IN BALTIMORE REGION: Monday was a big day in Maryland’s petroleum theft-related news, all things considered, writes Baltimore Sun staff. The rare crime, allegedly, brought downtown to a standstill after a van with bins of fuel in a parking garage led authorities to evacuate several buildings near the Inner Harbor on Monday afternoon. A few hours later in Baltimore County authorities were investigating a van in White Marsh with about 660 gallons of gasoline in the back. Susan O’Brien, a spokeswoman for Comptroller Peter Franchot, said investigators in the Field Enforcement Division, which investigates the crime, have made one such bust this year.

CITY MAY STOP POT TESTING JOB CANDIDATES: Baltimore Sun staff reports that the chairwoman of the Baltimore City Council’s labor committee wants to stop testing candidates for many city jobs for marijuana use. Democratic Councilwoman Shannon Sneed introduced a bill to ban such screening. She said Monday that the city should consider marijuana use more like alcohol use when it makes hiring decisions, leaving applicants’ consumption outside work a private matter.

CHEVY CHASE TO DISMANTLE DOG PARK: More than 100 people packed into a public hearing in Chevy Chase Village on Monday to debate what one board member called “the most contentious and emotionally charged issue” in the community’s history: the barking of dogs.The board voted 5 to 2 in favor of disestablishing the dog park that has divided this Maryland suburb for months, Jessica Contrera of the Post reports. 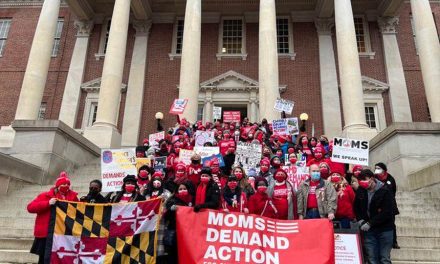