FEDS CONSIDER ICE DETENTION CENTER NEAR B’MORE: Federal immigration enforcement officials are exploring the possibility of opening a detention center near Baltimore that is capable of housing 600 to 800 men and women. U.S. Immigration and Customs Enforcement posted an advertisement in April on a federal contracts forum seeking to identify one or more potential locations in Maryland, Lillian Reed  and Thalia Juarez report in the Sun. A new facility would join Maryland’s three existing ICE detention centers in Worcester, Frederick and Howard counties.

COURT: PSC TO HAVE ULTIMATE SAY ON SOLAR FARMS: Julie Greene of the Hagerstown Herald Mail reports that a long-awaited dispute over large solar farms has been resolved, but the fate of the proposed solar project that spurred the conflict is still to be decided. The Maryland Court of Appeals issued a ruling Tuesday that the Maryland Public Service Commission, not the local government or zoning board, is the “ultimate decision-maker” when it comes to approving large solar farms.

NO MANDATED HOLOCAUST ED IN MARYLAND: Oregon just became the 12th state to mandate Holocaust education in its schools — a list that doesn’t include Maryland, despite a lawmaker’s efforts to change that during the most recent General Assembly session, Talia Richman of the Sun reports. Sen. Ben Kramer, a Montgomery County Democrat, introduced a bill that would’ve required the state education department to develop guidelines for middle and high schools to include a unit based on the Holocaust and other contemporary acts of genocide.

HOGAN BLASTS TRUMP: Gov. Hogan criticized President Donald Trump’s tweets and comments that certain members of Congress should “go back” to other countries, Pamela Wood of the Sun reports. “I thought the comments were terrible and very unbecoming of a president,” Hogan said. “Totally inappropriate.”

HOGAN TO FIND FUNDS FOR RAPE KIT TESTS: Gov. Larry Hogan said Wednesday that he plans to find alternate funding for some programs for which he blocked spending earlier this month, including money to alleviate a backlog of untested rape kits, Bryan Sears of the Daily Record reports. The money for those and other criminal justice items remains unspent as the governor and lawmakers disagreed over$245 million in fenced-off funds set aside by the legislature.

OPINION: HOGAN’s HYPOCRISY: The editorial board for the Sun is criticizing Gov. Hogan for refusing to release money that the General Assembly appropriated for school construction, technology upgrades for the Baltimore police, youth jobs programs, support for the BSO and testing rape kits, among others while championing an expensive Student Debt Relief program.

REPRIMANDS OF JUDGES TO BE SECRET: More disciplinary actions for Maryland judges could remain confidential under new rules that took effect this month, Allison Knezevich reports in the Sun. Among the changes: All reprimands by the Commission on Judicial Disabilities, the state’s judicial discipline panel, will be private. The commission previously could issue public reprimands.

POLITICS & CRABS: The annual Tawes Crab and Clam Bake in Crisfield on the Lower Shore of the Chesapeake is always hot, but Wednesday it wasn’t just the crabs that were steamed and the clams that were baked, writes MarylandReporter.com. The main topic of the day was how hot it was. Cell phones were registering that it felt over 100 degrees. Gov. Larry Hogan, who posed for hundreds of photos as he worked the crowds for three hours, said it was the hottest he could recall. There is a gallery of photos from the day.

AUDIT FINDS BSO FINANCIALS DIRE: An audit of the Baltimore Symphony Orchestra released late Tuesday suggests that the arts group is in such grave financial straits that neither the legislated cash infusion from the state nor the reduced expense of a shortened season might be enough to save it, Mary Carole McCauley reports in the Sun.

JUDGES SEEK DISMISSAL OF BROADCAST BAN SUIT: Judges and court employees are asking a federal judge to dismiss a lawsuit challenging the constitutionality of a law that prohibits sharing audio or video of criminal court proceedings, Heather Cobun of the Daily Record reports. The “broadcast ban” has been on the books since 1981 and prevents individuals from broadcasting recordings of criminal cases even if they were lawfully obtained from the court. Violators can be held in contempt of court.

CONGRESS SEEKS WMATA-EVANS RECORDS: Republican members of Congress have asked the Washington Metropolitan Area Transit Authority to provide records relating to its ethics investigation of former board chairman Jack Evans, Fenit Nirappil of the Post reports. Reps. Jim Jordan (Ohio) and Mark Meadows (N.C.), the ranking Republicans on committees that oversee the District and the regional transit agency, requested the documents in a Tuesday letter to the Metro board chairman, Paul Smedberg.

WSSC TO REBRAND: Maryland’s largest water utility will spend $850,000 to “rebrand” itself from WSSC — the common name for Washington Suburban Sanitary Commission — to WSSC Water, utility officials said Wednesday. Katherine Shaver of the Post reports that officials said the new name will better promote its mission of providing safe water.

SOME HOPEFUL DR. WEN STAYS IN B’MORE: Although Dr. Leana Wen was ousted by Planned Parenthood, locals are hoping Wen will stay in Baltimore, returning to her advocacy there. Martha McKenna, a Democratic political media consultant who has worked to elect women, said she thought Wen would be wooed by national organizations and universities. “But we really need her expertise and knowledge in Baltimore,” she said. “We face such huge systemic problems in health care, poverty and education.

MD LAWMAKERS WORK TO KEEP AG AGENCIES IN STATE: As the Trump administration prepares to move two Agriculture Department research agencies out of the nation’s capital, many of the agencies’ employees appear ready to quit their jobs rather than leave their homes. And, reports Allison Winter in Maryland Matters, Democratic lawmakers in Maryland are scrambling to put the brakes on the administration’s plans in an effort to keep their constituents’ jobs nearby, but their attempts so far haven’t worked.

DELANEY OK’d FOR NEXT PREZ DEBATE: Dan Schere of Bethesda Beat reports that former U.S. Rep. John Delaney, a 2020 Democratic presidential candidate and Potomac resident, has qualified for the second round of presidential debates, which will be held July 30 and 31 in Detroit. And U.S. Reps. Jamie Raskin (D-Md.) and Alexandria Ocasio-Cortez (D-N.Y.) are co-hosting a rally in Silver Spring Thursday night. Based on a media advisory, the rally is fundraiser for Raskin’s Democracy Summer program. 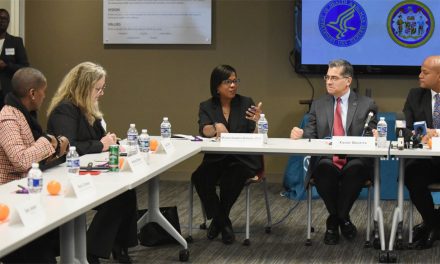 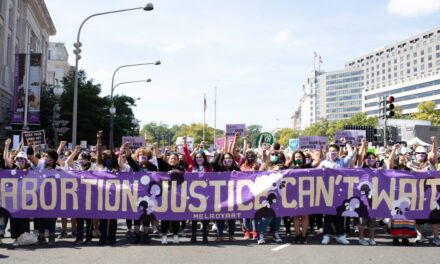