HOGAN’s CRIME-FIGHTING PLAN: Gov. Larry Hogan is expected today to announce a package of proposals aimed at curbing violent crime in Baltimore, writes Luke Broadwater in the Sun. Last week, Hogan expressed concern about Baltimore Mayor Catherine Pugh’s crime-fighting strategy and said he would release some of his own proposals this week. “The state cannot just come in and take over Baltimore City,” Hogan said at an Annapolis news conference.

TAX CUTS & MARYLAND: Both the U.S. House and Senate tax bills offer small tax cuts to the poor, modest ones to the middle class and large cuts to the wealthy and corporations. But in order to partially offset the massive tax cuts going to those at the top, the bills do something else. They discriminate against taxpayers in Maryland. One key feature of both bills is that they abolish the ability of individuals to deduct state and local income taxes from their federal incomes, writes Adam Pagnucco for Seventh State. It is the largest of the current deductions, and Marylanders use it more than people in most states.

METRO FUNDING BILL: U.S. Rep. Barbara Comstock (R-Va.) unveiled her long-awaited Metro bill on Monday, proposing to increase federal funding for the transit agency by 50% in exchange for creating a temporary reform board, adopting tough measures to hold down labor costs and other changes, reports Robert McCartney for the Post. Her bill may have more impact than numerous other recent Metro restructuring plans because Comstock is the only Republican in the GOP-dominated Congress who represents Washington suburbs served by Metro.

GERRYMANDER CASE: The U.S. Supreme Court will discuss again on Friday a claim that Maryland’s congressional district map is unconstitutionally gerrymandered, reports Danielle Gaines for the Frederick News-Post. The justices met last week to discuss the case, Benisek v. Lamone, and re-listed the case on Monday for another conference session this week.

HUGE HOLE IN KIRWAN REPORT: Baltimore Community Foundation members Erika Seth Davies and Laura Gamble opine, in an op-ed in the Sun, that the Kirwan Commission on education improvement leaves a huge hole in its report: “There is no mention of race in the building blocks — no mention of known racial disparities in educational outcomes; of the negative impact that decades-long, persistent federal, state and local discriminatory policies and modern-day de facto segregation have had on performance outcomes for the U.S. when comparing our educational system to other nations’. The well-documented system of race-based policies intentionally designed to minimize opportunity for a segment of the population apparently was not considered.”

DEL. VOGT SEEK RE-ELECTION: Del. David E. Vogt III (R-District 4) is running for re-election to his House of Delegates seat, and held a campaign fundraiser last weekend where he was supported by 6th District congressional candidate Amie Hoeber (R). Vogt, who was first elected to the Maryland House three years ago, unsuccessfully ran against Hoeber during the 2016 Republican primary for the congressional seat, writes Danielle Gaines in the Frederick News-Post.

**RAVENS AND MARYLAND’S FARMERS BUILDING A STRONG ECONOMY: You’d be surprised to learn how much Maryland’s farmers have in common with the Ravens Nation. Both the hometown team and Maryland farmers are economic powerhouses, delivering jobs, sales revenue and a strong tax base. Read about 10 ways the Ravens and Maryland’s farmers are a dream team on and off the field. SPONSORED CONTENT***

MO CO $120M BUDGET SHORTFALL: Montgomery County is preparing to draw up a savings plan in coming weeks in response to a budget shortfall of nearly $120 million, reports Rachel Siegel in the Post. More than half the gap, about $64 million, comes from a decline in projected income tax revenue, officials said. Another $25 million is a revenue shortfall from fiscal 2017. Most of the rest is from projected lags in revenue from the county’s fuel and energy tax, and in income tax for the rest of fiscal 2018. 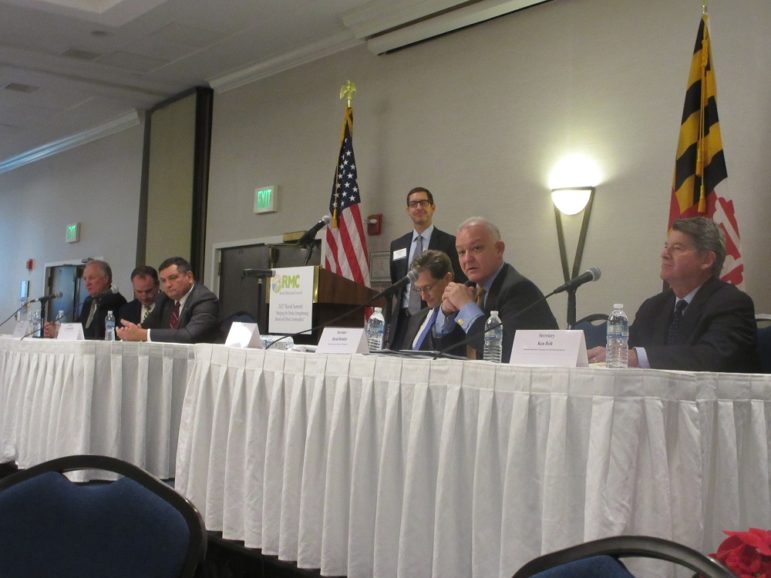 LOBBYING FOR GUN CONTROL: Baltimore City Council President Jack Young plans to travel to D.C. today to meet with members of Congress and legislative staffers during a lobby day to advocate for more gun control, reports Luke Broadwater for the Sun, Young said he plans to push for restricting the availability of “bump stocks” — accessories that can turn a semi-automatic weapon into a rapid-firing gun — and other limitations on guns.

IGNORING ASTHMA PREVENTION: The Post is running a long piece by reporters for Kaiser Health News and Capital News Service that looks at the huge amount of funding that two Baltimore City hospitals gets to treat asthma, when addressing prevention could be cheaper and more long-lasting. Both Johns Hopkins Hospital and the University of Maryland Medical Center get massive tax breaks in return for providing “community benefit,” a poorly defined federal requirement that they serve their neighborhoods. Under Maryland’s ambitious effort to control medical costs, both are supposed to try to improve residents’ health outside the hospital and prevent admissions.

BUCKLEY SWORN IN: From his war room above West Street, Annapolis Mayor Gavin Buckley talked earlier Monday about whether it’s sunken in — that a guy with a funny accent and a waiter gig could grow up to become mayor of his adopted hometown. Maybe it’s sunk in now. Buckley took the oath to “diligently and faithfully, without partiality or prejudice, execute the office of mayor” on the same street where he started his businesses almost 20 years ago, writes Danielle Ohl for the Annapolis Capital.

REPORTER QUITS AFTER STORY SPIKED: In a bit of inside baseball, Fern Shen of Baltimore Brew is reporting that a Baltimore Jewish Times’ senior reporter resigned Friday after what he said was his editors’ decision to kill a story about a meeting where residents complained about the use of public funds for a patrol vehicle for the neighborhood watch group, Shomrim. Brew has been reporting about the controversy of directing slots funds for a private patrol that goes outside of the area that slots funds are supposed to serve. 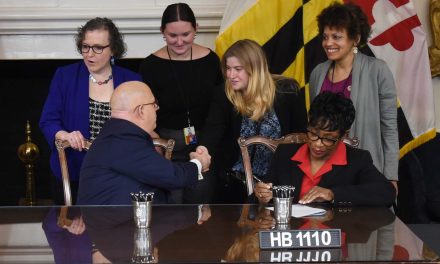