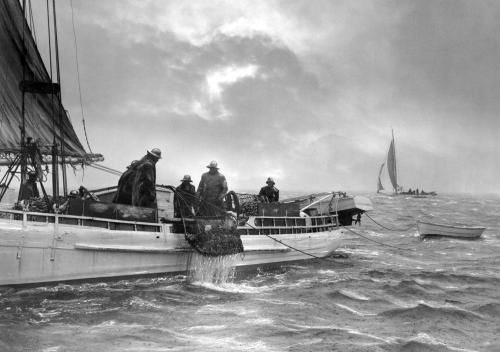 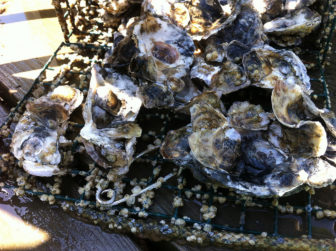 The oysters came up in the dredge like I hadn’t seen them in 50 years (and rarely even back then): huge and clumped together and bedecked with sponges and all manner of marine organisms, including younger oysters, thriving in the niches of the natural reef we’d just busted into.

It was last winter, and we’d been dragging the bottom of Virginia’s lower York River for a state crab survey. By chance we’d nicked into an oyster sanctuary, undisturbed for decades.

It wasn’t the kind of official sanctuary over which Maryland’s oystermen are wrangling with scientists and environmentalists — the watermen wanting more harvest, others wanting the benefits to the Bay’s water quality and the habitat of an undisturbed oyster reef.

The little reef we struck in Virginia, not even designated on charts or given special status in law, is nonetheless well protected. Its enduring and pristine status comes from one of the world’s largest military-industrial complexes, concentrated here in the lower Chesapeake.

Some of it, like the Coast Guard docks where we intruded, is on the York. The bulk is just south on the lower James River, home to the world’s largest naval force and related private industries.

It’s a mammoth amount of waterfront infrastructure, and a lot of it is “just wrapped up with oysters,” says Rom Lipcius, one of the Virginia scientists on board our crab survey cruise last winter.

An occasional waterman might think about risking fines for sneaking into an oyster sanctuary in Maryland; but dropping a dredge under the guns of Naval Station Norfolk — that’d be a different proposition altogether.

Scientific curiosity led Lipcius to sample oyster densities on just a few concrete piers. Based on that, he says, a “back-of-the-envelope” estimate indicates there might be as many as 6 billion oysters in such de facto refuges.

The “fallout” of larvae from those may be what’s helping the James sustain commercial oyster harvests, Lipcius says. He’d like to study that, “but up to now the Navy doesn’t seem interested. . . . They really should take some credit.”

Virginia also has found other routes to stealth oyster sanctuaries. A few years ago, scientists using sonar to explore sites for oyster restoration in downtown Norfolk’s Lafayette River discovered a series of natural reefs over dozens of acres containing millions of healthy oysters. The largest mollusks measure 6 to 8 inches, like the ones we pulled up in the York.

pollution had closed the Lafayette to shellfishing for so long (since 1934) that no one realized reefs were prospering there. Lipcius thinks the state will designate them as sanctuaries. This is perhaps wise: The Lafayette is getting cleaner, and recently reopened to recreational uses.

How ironic that we need military installations and sewage pollution to give nature room to flourish — something we are still struggling to do with oysters by invoking mere science.

So often you hear if we don’t harvest more oysters, shellfish diseases will just kill them. Indeed, they do. But no successful disease kills all of its prey — a quick way to kill itself. And survivors, if we leave them, develop disease resistance.

You’ll also hear that if you don’t “work” oyster bottoms with tongs and dredges, they quickly succumb to sediment. And yet, there they are, in the Lafayette, in the spaces among the military piers, unworked, unmanaged, doing well.

Oysters in the wild present a management challenge like no other Bay seafood. With crabs and fish, if you manage well, you can harvest a surplus beyond what’s needed to reproduce. But in the wild, oysters are reef builders, offering their largest environmental benefits of habitat and water quality only when undisturbed by  tongs and dredges.

It’s possible to farm oysters in some places, create sanctuaries in others, and let watermen harvest in others. But to date it’s a daunting management equation. We shouldn’t have to rely on big guns and pollution. 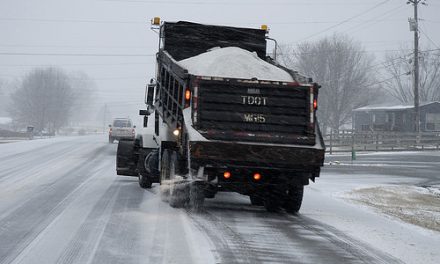