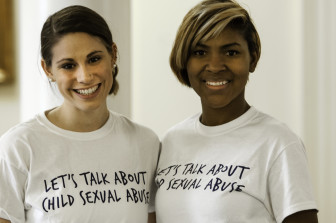 Advocates and victims convened in Annapolis on Wednesday to testify before the Senate education committee on a measure to raise awareness about sexual assault and abuse in schools.

Bill supporters urged that teachers should begin instruction on the topics as early as kindergarten or first grade, and the program’s content could be tailored based on age.

“In order to prevent child sexual abuse, one of the most effective things we can do is to make sure that every child receives the message that if they are being inappropriately touched by an adult they need to report it to another responsible adult,” Luedtke said. “We’ve seen case after case after case where if a child had such training, it may have prevented serial abuse from occurring to them and to other children who were abused by the same abuser.”

Supporters, including Baltimore Child Abuse Center and Maryland Coalition Against Sexual Assault, believe this bill is essential to preventing and ending these abusive vicious cycles.

While there were no opponents that testified at the committee hearing, opponents, including several state lawmakers — all Republican — voted against the bill in the House of Delegates.

Of the delegates that MarylandReporter.com reached out to, only Rey responded.

She said it is not the job of the General Assembly to decide what a private school’s curriculum should be.

“It is not usually the practice of the General Assembly to dictate curriculum and that has been one of the arguments against the bill, but we wrote the bill in a very specific way it tracks with other types of curriculum the General Assembly has passed previously,” Luedtke said. “The one exception we tend to make to that rule is when it comes to health and safety.”

This bill passed in the House last legislative session, but it died in the Senate committee which heard the bill again Wednesday.

Opinion: The time is now for the End-of-Life Option Act in Maryland