HOGAN INSULTS STIR ANGER IN ANNAPOLIS: Thursday was a day of anger at the State House as Gov. Larry Hogan, on WBAL-AM’s C4 show, accused state lawmakers of acting like they were on spring break, “breaking furniture, they start throwing beer bottles off balconies, and all kinds of crazy stuff. Luckily, they’re all going to go back home in a few weeks, and we can go back to running the state, and making progress as we have been for the past year.” Len Lazarick has the story for MarylandReporter.com.

AFTER BIAS CLAIM, HOGAN CANCELS CITY JAIL PROJECT: Members of the Black Legislative Caucus criticized Gov. Larry Hogan for decisions they said hurt their communities and for refusing to meet with them, reports Bryan Sears for the Daily Record. Meeting with reporters Thursday morning, leaders of the caucus said Hogan has opted to cancel projects such as the Red Line in Baltimore City and to fund the construction of a new city jail over a business school at Coppin State University. When asked if legislators believed that Hogan’s decisions were “racially motivated,” Del. Cheryl D. Glenn, D-Baltimore City responded, “Absolutely.”

DEATH OPTIONS: A joint House committee is scheduled to hear hours of what should be emotional and thought-provoking testimony on Friday on whether Maryland should become the seventh state in the country to allow terminally-ill patients to take their own lives, reports Ovetta Wiggins in the Post.

CUTTING STANDARDIZED TESTS: Educators and lawmakers urged the General Assembly Thursday to pass a bipartisan package of bills that would reduce standardized testing in Maryland schools, Michael Dresser reports for the Sun.

SOME SEEK SAY IN SUPER CHOICE: A bid to require the new state superintendent of schools to receive Senate approval sparked floor debate Thursday, with several senators questioning why it is necessary.  “What brought this issue about?” state Sen. Wayne Norman asked Sen. Paul G. Pinsky, sponsor of an emergency bill to give the Senate the final nod on the superintendent choice. Pinsky said other states had decided that lawmakers should have a voice in selecting their superintendents, Tamela Baker reports for the Hagerstown Herald Mail.

SMOOTHER ROUTE TO DIVORCE: The chair of the Senate Judicial Proceedings Committee wants married couples with minor children to have the same path to divorce that childless couples do. Under a law that took effect Oct. 1, married couples without minor children can divorce via settlement agreement and forgo the state’s one-year separation requirement before terminating a marriage, but other couples cannot, reports Steve Lash in the Daily Record. 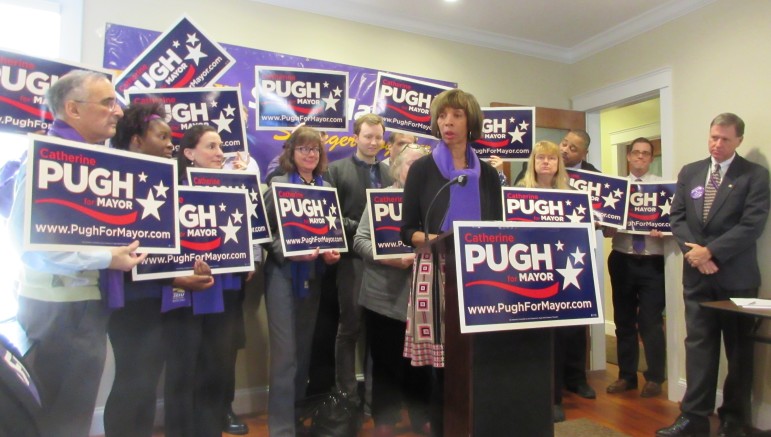 MO CO LIQUOR BOARD STUDY: It appears the problems surrounding the Montgomery County Department of Liquor Control will be subject to further study in Annapolis, writes Andrew Metcalf for Bethesda Beat. A state legislative economic committee on Thursday replaced a County Council-supported bill that would have allowed private distributors to sell certain special-order alcohol products directly to retailers and restaurants with an amended bill that would establish a task force to study problems at the DLC.

HYBRID AA BOE ON HOLD: In effort to create a hybrid Anne Arundel County Board of Education, with some members elected and others appointed, has been put on hold until next year, writes Amanda Yeager for the Annapolis Capital.  Del. Sid Saab on Thursday withdrew a bill that would have given voters a chance to fill five of the school board’s nine seats. He said he hopes to work with legislators and local groups to introduce a stronger bill with the same objective next session.