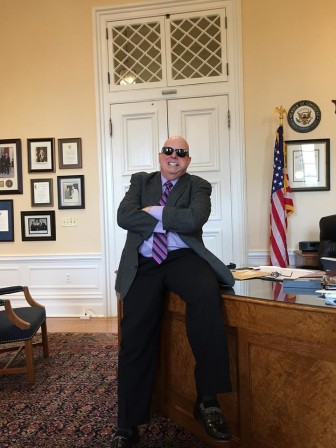 Gov. Larry Hogan’s words and hyper-partisan messages caught up with him last Thursday.

He got hammered by Democratic legislators, and for good reason.

The Republican governor forgot that the words he chooses can have consequences, especially when you belittle elected lawmakers and issue statements that are intended to insult and inflame.

The Donald Trump approach to politics won’t work in Annapolis. It may make Hogan even more beloved by conservatives but his legislative agenda could go up in flames.

Walling off Democratic lawmakers from participation in major state policy decisions is coming back to haunt Hogan. He’s out of touch with their thinking on key issues and his proposals could suffer as a result.

First, Hogan went on a conservative radio talk show and belittled Democratic legislators with a truly insulting and unjustified slap: “It’s like they’re on spring break,” Hogan said. “They come here for a few weeks. They start breaking up the furniture and throwing beer bottles off the balcony.”

The comparison is without foundation.

No wonder Sen. Bobby Zirkin of Baltimore County, one of the more moderate Democrats, responded angrily later that morning on the Senate floor and demanded an apology. Not a single Republican rose to defend the governor.

Hogan is having trouble grasping the role of the General Assembly as a co-equal branch of Maryland government. He thinks his surprise victory in 2014 and his popularity in recent polls should allow him to do what he wants, regardless of what lawmakers think.

It doesn’t work that way. Unless Hogan takes a more cooperative approach, he’s going to have trouble even getting his appointments approved this session.

Also on the Thursday morning radio show, Hogan rejected the idea that he had favored a new, expensive jail in Baltimore City over badly needed school buildings on historically black college campuses.

Yet that’s exactly what happened when Hogan put together his capital budget. The jail project received top priority and new university buildings – many with business-development implications – were given the back of the hand.

Black lawmakers were visibly upset at a Wednesday budget hearing after they realized higher education had been sent to the back of the bus so a new jail could arise more quickly in Baltimore.

That rage boiled over Thursday with a hailstorm of denunciations of Hogan by black legislators for a long list of controversial decisions:

“There are assaults going on our black communities,” said Del. Curt Anderson of Baltimore. “We are not going to take it anymore. .?.?. We are not stupid. We know what’s going on, and we are going to retaliate.”

Of Hogan’s preference for a new jail over new college buildings, Del. Barbara Robinson of Baltimore called it “unconscionable.” Black lawmakers indicated that Hogan gave the appearance of favoring a lock’em-up penal philosophy over improved educational and job opportunities.

By day’s end, the governor threw in the towel.

He asked legislators to deep-six his jail planning funds and instead use the money for the very higher-education building projects he had put on the back burner.

It was a humiliating defeat for the governor, and he had no one to blame but himself.

Had he consulted initially with Democratic lawmakers about his jail project and the trade-off in delaying a half-dozen new college buildings, he would have learned immediately it was a non-starter.

Instead, Hogan excluded elected Democrats from his jail deliberations and never bothered to test the capital budget waters with legislators.

His hyper-partisan rhetoric only inflamed the situation with Democratic lawmakers last week.  Unless Hogan tones down his spokesmen and his Change Maryland broadsides, there could be sharper responses from legislators.

They have the power not only to get mad but to get even.

Democratic Senate President Mike Miller tried to put a positive spin on the trials and tribulations of his friend the governor. “Everybody has a bad day and this was not a good day for the governor,” Miller said charitably.

Unless he changes his approach, Hogan could experience many more bad days over the next six weeks.

Opinion: It’s time to create a Prescription Drug Affordability Board 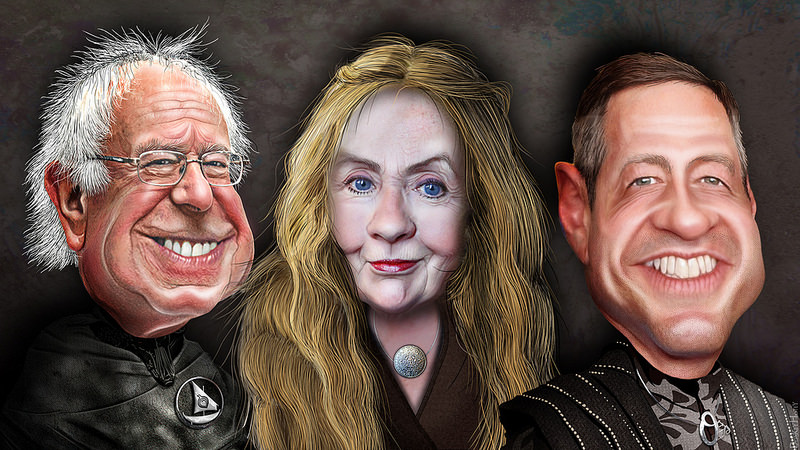