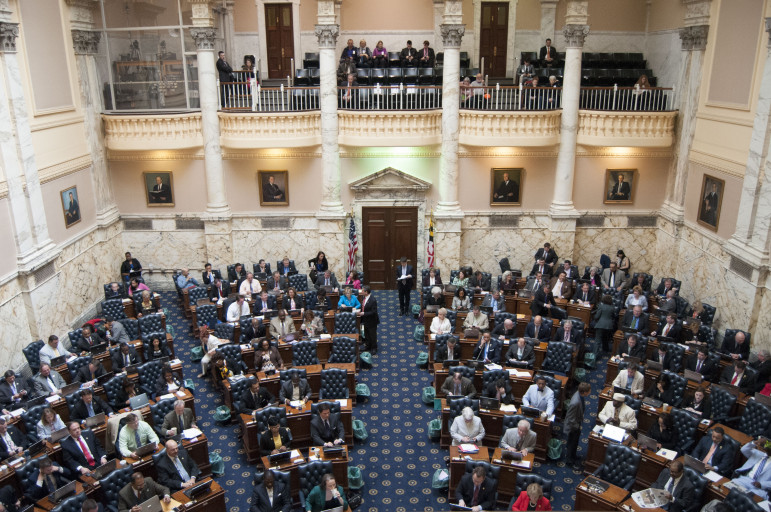 A conservative Republican leader and one of the most liberal Democrats in the House of Delegates are co-sponsoring legislation that would require video streaming of all sessions of the House and Senate and their committees, including voting sessions.

The bill adds just 37  words to the state government article in the Maryland code.

Video of committee hearings and briefings have been available in the House for years, and video was added to the audio of Senate committee meeting last year.

Audio has been available for floor sessions in the House and Senate chambers for many years. But rules in both houses forbid the use of personal names, so if you don’t recognize the voice of “the senator from Montgomery County,” or “the floor leader” or “the sponsor of the amendment,” or any other of hundreds of euphemisms, you cannot tell who is speaking.

There was a major controversy in 2013 when the then-chairman of the Senate Judicial Proceeding Committee, Brian Frosh, now the attorney general, allowed audio transmission of the voting session on the Firearms Safety Act, the major gun-controlbill that had attracted thousands of pro-Second Amendment witnesses.

In 2013, the Senate Rules Committee and later the full Senaterejected 41-6 a proposal by then-Sen. Allan Kittleman, now the Howard County executive, to record discussions of bills during voting sessions.

Most committees operate under rules like this one posted for the current House Appropriations Committee: “Committee voting sessions are not recorded, nor is recording permitted during voting sessions.”

Moon, who strongly favors openness and transparency by public bodies, said he would be happy to have video of floor proceedings, but went along with Szeliga’s broader requirement on committee voting sessions. He also noted that the bill has been assigned to the House Rules Committee, made up largely of House Democratic leaders.

In 2014, Szeliga was one of 25 Republicans co-sponsors of the same bill, then HB177, which had a hearing, but didn’t even get a vote in the House Rules Committee. Then-Delegate, now Senator Michael Hough, R-Frederick, was the lead sponsor of that bill and said Thursday he plans on filing a similar bill this session. However, he is going to leave out the requirement for video of committee voting sessions.

“Reliable estimates of the cost to upgrade equipment in the House and Senate chambers are not available,” the note went on.  The legislature’s Office of Information Systems “advises that the Senate chamber can be upgraded with standard equipment, but that the House chamber poses challenges because of its size and tight seating arrangements.”

Hough as well as Szeliga and Moon note that new video technology should make it simple and inexpensive to stream the floor session live and archive them.

Discussing the video capabilities of an iPhone with a reporter, Hough said you could probably mount  iPhones in the four corners of the Senate chamber and do video streaming.