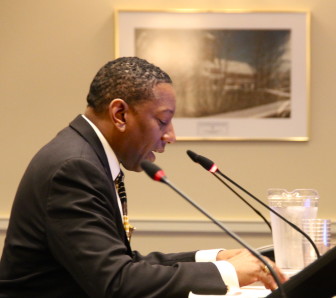 Haynes introduced five bills in this spirit to the Ways and Means Committee Wednesday. The first three focus on providing more affordable housing options and reducing the city’s vacant properties. The other two focus on giving employers incentives to hire local teenagers and granting tax credits toward community college tuition—not just in Baltimore but in low-income communities across the state.

According to Haynes, Baltimore needs to “create additional opportunities for enduring hope” and hope can’t come without shelter. That’s the aim of HB 21, which proposes that commercial properties with 30 or more units that designate at least 10% of their units for lower-income individuals receive a tax credit. The bill defines “lower-income” as an individual whose median income does not exceed 60 percent of the area’s median income.

A supporter of HB 21, Adam Schneider of Health Care for the Homeless said that it is “critically important that tax credits fit human needs.”

“Maryland is among the [country’s] least affordable states,” Schneider said. “Housing is the solution to homelessness. There is a dearth of 190,000 units affordable to people making 50% or less of the median income.”

When Del. Jay Walker, D-Prince George’s, asked if the tax credit would enable a higher-income person making below the 60% income threshold to live in a luxury building, Haynes said yes, but that is not the bill’s intention. The intention is to make more affordable housing options available for people who live near the poverty line.

Two bills propose solutions for vacant properties in Baltimore. HB 32 proposes a tax credit for properties in five of Baltimore’s “interconnected” communities: Sandtown-Winchester, Upton, Fayette Street Outreach, Boyd-Booth, and Shipley Hill. Since 80 to 85% of the 1,700 vacant properties in these communities belong to the city, not private individuals, the city does not collect tax revenue on them. HB 36 would require Baltimore to issue a tax credit for property with a vacancy history of three or more years.

After a representative from the Greater Baltimore Board of Realtors briefly voiced support for HB 36, a Baltimore resident came forward to oppose HB 32.

“It has good intentions, but it could lead to more unaffordable properties,” he said. “To spend no more than 30 percent of your income … you’d have to work three full-time minimum wage jobs [to afford the median Baltimore unit]. That would leave you less than 7 non-working hours in a day. We know that’s unrealistic.”

The resident added that while he supports the “spirit” of the bill, he cannot support HB 32 as-is without “provisions for developers invested in affordable housing.”

“More luxury housing does not solve the affordable housing problem,” he said.

According to Haynes, the unrest in Baltimore last April brought several social issues “that had been percolating to light.” One is the lack of jobs and job training for teenagers; the other is limited access to higher education.

“The overwhelming number of young people want to work,” he said. “They want the responsibility of [earning] a paycheck the right way.”

HB 54 would give businesses a tax credit if they hire student employees attending high schools where at least 80% of the student body qualifies for free or reduced lunch. The tax credit would be capped at $5,000 per fiscal year.

Haynes said that such a bill would give high school students the chance to “cultivate skills, like responsibility, good work ethic, hope for the future—the things we want our children to have.”

“What would it take for a business in the community … to open their doors and employ [youths] over the summer and, in some cases, after school? A tax credit,” he said.

When Del. Jimmy Tarlau, D-Prince George’s, asked if the credit would apply to McDonald’s, Haynes said yes. The credit would go to individual franchisees, not the corporation, and would remain capped at $5,000. Haynes argued that fast food chains in his district and similar low-income jurisdictions are more likely to hire adults and seniors than youth because of the “dearth of job opportunities.”

Haynes’ final bill HB 64 would allow community students to claim a state income credit for the cost of tuition not covered by grants or loans.

“This would provide some relief for the cost of education,” Haynes said. “And we know that community colleges are part of the feeder system to four-year schools.” 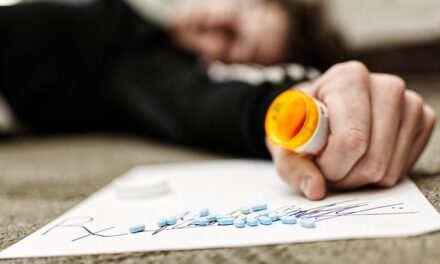