RIDERSHIP NUMBERS IN QUESTION: The Maryland Transit Administration reported to federal officials carrying 18 million more bus riders than it did when submitting ridership data to the state in fiscal 2009, according to an audit by the state Department of Legislative Services, reports Nick Sohr for the Daily Record. And that difference among others can complicate planning and budgeting for the state’s network of bus, rail and other public transportation modes, say transit advocates and lawmakers.

FRACKING SUIT: Maryland’s Attorney General has told a gas driller working in Pennsylvania that he plans to sue the company for violating federal anti-pollution laws after thousands of gallons of hydraulic fracturing fluid spilled into the Susquehanna River watershed last month, Frank Roylance reports for the Sun.

MADALENO BLASTS ARORA: While discussing the overall and individual performance of the Montgomery County delegation during the 90-day legislative session, state Sen. Richard Madaleno singled out Del. Sam Arora for wavering on his previous support of the same-sex marriage bill only days before a key committee vote, calling him “someone not to be trusted,” reports Alan Brody of the Gazette. Madaleno is the Senate’s only openly gay member.

BPA BAN COULD HARM: In an op-ed piece for the Sun, Angela Logomasini of the Competitive Enterprise Institute writes that Maryland’s recent curb on BPA in infant formula and baby food packaging could elevate the risk of food contamination through rust, E-coli, botulism and a host of other dangerous pathogens.

HIDE IN PLAIN SITE: The Maryland General Assembly website has tons of information on legislation that is sometimes easy to find, but often difficult to uncover, because the site hasn’t been substantially redesigned since it went live 15 years ago, reports Megan Poinski of MarylandReporter.com.

BWI SECURITY: It was business as usual at Baltimore/Washington International Thurgood Marshall Airport yesterday, writes Ryan Sharrow for the Baltimore Business Journal, but security was generally heightened in the wake of Osama bin Laden’s killing by U.S. Navy Seals. A BWI spokesman said airports across the U.S. are operating with more caution after President Obama announced bin Laden’s death on Sunday.

FAREWELL’S COST TO TAXPAYERS: How much did three days of public farewells to William Donald Schaefer cost taxpayers? The Baltimore Brew’s Mark Reutter and Fern Shen report that the number appears to be lower than one might expect, although it has been difficult to find out.

POACHED FISH: According to a video report in the Sun, about 600 yards of illegal fishing net was found in the Bay over the weekend with possibly thousands of dead and rotting fish in it. The state has been cracking down on fish poaching.

DEMS HOPEFUL FOR 6th: Western Maryland Democrats are hoping they can regain the 6th Congressional District, held by Rep. Roscoe Bartlett since 1993, writes Alan Brody of the Gazette. Given the right candidate, sufficient resources and more favorable boundaries that will be redrawn this summer and fall, party leaders and elected officials think they can.

LEGISLATIVE RECAPS: Each year, the Hagerstown-Washington County Chamber of Commerce holds a breakfast forum for local lawmakers to recap the Maryland General Assembly session. This year, Del. LeRoy Myers and other delegation members talked about doing something different — an evening discussion, with no admission charge, reports Andrew Schotz for the Hagerstown Herald Mail. Now, state legislators will do both.

BUDGET SHELL GAME IN CARROLL: In an amusing opinion piece on county spending in the Carroll County Times, Dean Minnich asks which shell covers the real costs in the county budget?

COSTLY TIME OFF IN MOCO: Montgomery County employees have burned through the suburb’s overtime budget, thanks largely to County Executive Ike Leggett’s decision to grant employees extra time off this year — a move that will cost taxpayers millions of dollars more than projected, Brian Hughes reports for the Washington Examiner.

LEGGETT’S UNLIKELY SUIT: Montgomery County Exec Ike Leggett says he’ll go to court to stop the U.S. government from making his county comply with the program in which local jails send inmates’ fingerprints to be run through federal databases looking for illegal immigrants to deport. Opinionators at the Annapolis Capital say that Arlington County, Va., tried and failed to withdraw from the program last year and Leggett is unlikely to fare better.

HOWARD SPEED CAMERAS: Howard County drivers beware: Starting this fall, if you are traveling 12 mph or more over the speed limit in a school zone, you may be caught by a speed camera and issued a $40 citation, reports Lindsey McPherson for the Columbia Flyer. The cameras were approved by the County Council.

Larry Carson of the Sun writes that Howard now joins the state government, Baltimore, Annapolis, Laurel, and Baltimore, Prince George’s and Montgomery counties, plus Washington, D.C., in having the cameras.

HARFORD ENERGY CO-OP: The Harford County Council will hold a public hearing tonight to discuss a cooperative regional utility bid that could result in below market rate energy prices for the county, according to the Dagger. Scroll to the bottom of the article for a full Council agenda. 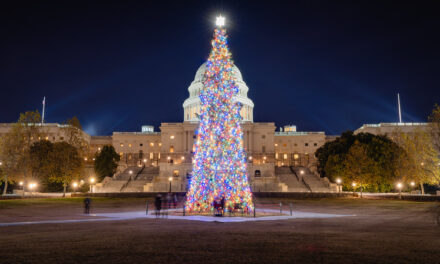