POPULATION SHIFTS: Baltimore city was the only jurisdiction in the state of Maryland to show a decline in population with the latest Census figures, writes Ryan Sharrow of the Baltimore Business Journal. Even so, Maryland will not lose or gain any seats in Congress.

Minorities have become a majority over the past decade in affluent Montgomery County as the number of whites has plummeted, reports Carol Morello and Dan Keating for the Post.

The Sun’s Yeganeh June Torbati reports that Maryland’s population grew far more diverse over the past decade. Non-Hispanic whites now make up less than 55% of Maryland’s 5.8 million people, compared to 65% of the state in 2000.

Once rural Charles County is fast becoming a booming expanse of suburbia and one of the fastest growing counties in Maryland, reports the Post’s Michael Ruane.

Anne Arundel’s population tops 500,000, and growth is centered in the west, Steve Hendrix reports for the Post.

Howard County’s rapid population growth slowed over the past decade, with whites declining and Asians and Hispanics soaring, reports Shankar Vedantam for the Post.

Click here for the Sun’s interactive map outlining the latest Census figures from the various jurisdictions.

With the release of Census figures, writes Meg Tully of the Frederick News Post, state leaders will use data to determine redistricting for congressional and state legislative districts.

The Sun’s Annie Linskey blogs that with its population decline, Baltimore City could lose a state Senate seat.

GAY MARRIAGE: Outside of the budget, gay marriage is quickly taking center stage in the General Assembly, spawning early notions of a ballot box challenge if a law is passed, and even creating a rift that led to a change in Republican leadership. Reports David Saleh Rauf of Patch.com.

Baltimore County Sen. James Brochin found the testimony by opponents of gay marriage “troubling,” and said he may end up supporting the bill, blogs Annie Linskey of the Sun.

The Post’s John Wagner says Brochin was moved by testimony at the hearing, particularly that of the bill’s opponents, which he called “appalling.”

Two state senators from Anne Arundel County are likely to find themselves in the spotlight over the debate on allowing same-sex marriages, Liam Farrell reports for the Annapolis Capital.

A judge has cleared the way for the state slots commission to seek proposals for companies to build and manage the casino approved for Baltimore, Julie Scharper blogs for the Sun.

Matthew Bieniek of Cumberland Times-News writes that a bill filed yesterday to bring slots to Rocky Gap State Park would slash the state’s take to 50% of machine proceeds.

MAINTENANCE OF EFFORT: A bill providing more reasons to excuse a county from maintaining its public education budget when financial times are difficult received wide support in the House Ways and Means Committee on yesterday, writes Megan Poinski for MarylandReporter.com

SCHOOL FUNDING FORMULA: A bill that would change the way public school funding is calculated, looking at a school district’s average attendance figures instead of a one-time enrollment snapshot, was shot down by members of the House Ways and Means Committee as soon as it was presented, reports Megan Poinski for MarylandReporter.com.

NO MORE TEA: Len Lazarick of MarylandReporter.com writers that Democratic Del. Curt Anderson, chairman of the Baltimore City delegation, resigned from the Tea Party Caucus in the Maryland House of Delegates after his fellow city delegates threatened to remove him.

He resigned just one day after he had been named the new group’s vice chairman, writes Julie Bykowicz of the Sun.

MCDONOUGH TO CHALLENGE DUTCH: Republican Del. Pat McDonough plans to run for Congress in 2012, for the seat held by Democrat Dutch Ruppersberger of Cockeysville. Erin Cunningham of the Gazette reports.

PEPCO BONUS: Pepco’s president said he would forgo about $900,000 in compensation to try to restore faith to an angry public following power outages during recent snow storms, writes the Associated Press’s Brian Witte in the Annapolis Capital.

SMITH MAY SEEK TU JOB: Former Baltimore County Executive Jim Smith says he is considering applying for the position of president of Towson University once the job opens with the departure of current TU President Robert Caret, reports Steve Schuster of the Towson Times. 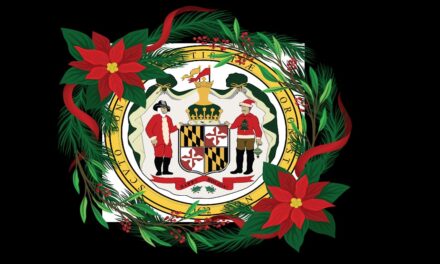