Democratic Del. Curt Anderson, chairman of the Baltimore City delegation, resigned from the Tea Party Caucus in the Maryland House of Delegates after his fellow city delegates threatened to remove him as chair.

Anderson kept the city delegation chair post he has held for four years after he apologized profusely and got a tongue-lashing from his fellow Democrats, who said they were disappointed and disrespected by his action.

“My apologies to you for any embarrassment I might have caused by my action,” Anderson said. He said he still supported the Tea Party’s opposition to tax increases and for reduced government spending, “as long as their agenda remains fiscal,” not social policy

“The Tea Party was willing to accept me,” Anderson said, even appointing him vice chairman — though they were aware of his generally liberal position on social issues.

“We need to look at the waste in government,” Anderson said. But for some of his city colleagues, “it was like I joined the Ku Klux Klan.”

MarylandReporter.com first reported that Anderson had joined the Tea Party a week ago, but the news apparently didn’t hit Baltimore until it appeared in Wednesday morning’s Sun, and was picked up by a black talk show host.

Most of the 15 delegates at the emergency delegation meeting Wednesday  morning accepted Anderson’s apology, but not without giving him a piece of their mind about the Tea Party.

“It is more than a fiscal movement. It is a social movement,” said Del. Maggie McIntosh, “a Democrat with a big D” who chaired the unified Democratic statewide campaign last year.

McIntosh said the Tea Party was one of the best organized grassroots movements in the country, and was “a subset of the Republican Party.”

She said the Tea Party positions ran counter to the best interests of Baltimore City, which is already facing loss of funding in this year’s budget.

“I’m not sure that the Republican Caucus knows what to do with the Tea Party,” McIntosh said.

Del. Cheryl Glenn said, “I know we all make mistakes but this was a huge one.”

Even the soft-spoken queen mother of the delegation, Del. Hattie Harrison, 84, told Anderson she was “really disappointed” in him.

“I don’t think we should replace you now,” Harrison said, but there will be an election at the end of the year, she said pointedly.

“You disrespected this whole delegation,” said Stukes. “I still feel that you should step down.”

The chairman of the Tea Party Caucus, Del. Michael Smigiel of Cecil County, said he expected Democrats to take retribution on Anderson, “but I didn’t think it would be this quick.”

“I’m disappointed but not surprised that he was forced to choose between what he believes in and what his party will allow,” Smigiel said.

Smigiel said charges that the Tea Party is a racist organization were odd given that Charles Lollar, a black Republican from Charles County, was just named chairman of the Maryland chapter of Americans for Prosperity, a principal organizer of the Tea Party.

Smigiel agreed with McIntosh that the Republican leadership is not quite sure what to do with its Tea Party wing, which includes most of the newly elected freshmen with ties to the movement. He said the caucus may seek official recognition from the House leadership, much as the Black Caucus and the Women’s Caucus enjoy. 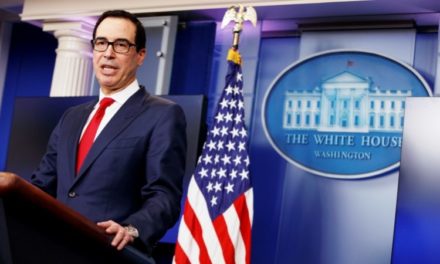 Much waiting for Franchot: Comptroller wants board meetings to start on time