While officials in the Comptroller’s Office say that the state credit card program is followed to the letter of the law most of the time, there is generally only news about it when some wrongdoing— either intentional or accidental — is uncovered.

In the past 12 months, 10 reports from the Office of Legislative Audits have found problems with use of government credit cards. Inappropriate purchases were found in four of them — Coppin State University; Maryland State Board of Elections; University of Maryland; and University of Maryland, Baltimore County. The other six found that the policies and procedures for using the cards were not being closely followed.

Legislative Auditor Bruce Myers said that most of the findings in audit reports are “control weaknesses.” These include things like not canceling cards when employees stop working for the agency, failing to collect receipts, and having the same employees handle applying for and distributing cards. These can be corrected by personnel and policy changes.

“By far, most of the use of credit cards is proper,” Myers said.

With all of the levels of scrutiny, Myers said that it is difficult for employees to get away with card misuse for long. In addition to the normal checks and balances the program puts in place, anyone who suspects card misuse is directed to report it to Myers’ office.

Those who have misused cards are also punished. Three of the four cases where cards were knowingly used for improper purchases resulted in the firing or resignation of the employee, and the Attorney General’s Office is now investigating. In all four cases, the employees reimbursed the government for the amount that was spent improperly.

“It is rare when that happens,” Myers said. “Sometimes the opportunity is there and people take advantage of it. But none of these reports are for lack of people knowing what they are doing is wrong.”

(If any reader is familiar with abuse of state credit cards, please contact us confidentially by e-mailing Megan@MarylandReporter.com or calling 301-401-5880. The Office of Legislative Audits also has a Fraud Hotline “to facilitate the reporting of allegations of fraud, waste, or abuse of state government resources.”) 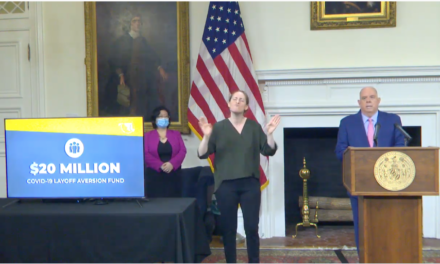