WEEKEND CAMPAIGNING: Ehrlich, O’Malley spend weekend out and about on the campaign trail, the Associated Press reports in The Carroll County Times.  Don Aines from the Hagerstown Herald Mail reports on Ehrlich’s appearance at the Washington County Ag Expo & Fair.

PARTISAN POLLS: The race for governor has been dominated so far by partisan polls, writes Julie Bykowicz of The Baltimore Sun.

KANE BACKGROUND: Gus Sentementes of the Sun takes a close look at Republican lieutenant governor candidate Mary Kane — and the federal lawsuit filed against her husband. This is the third major article on the issue, following Friday’s story in the Gazette and the July 4 article by John Wagner in the Washington Post.

TOP SECRET: The Washington Post begins a mammoth multi-part series on the intelligence work that funnels billions into Maryland — with no public scrutiny due to the classified nature of the spending. The paper posts multiple resources on the web.

FEDERALLY FUNDED STUDY: Rep. Dutch Ruppersberger will announce federal funds for a new University of Maryland center to study Chesapeake Bay microorganisms, according to an Associated Press article in the Sun.

FUNDRAISING STATS: In all federal races — except for the 1st Congressional District — Democratic incumbents have out-raised Republicans by far, Liam Farrell writes in The Capital.

ELECTION CHANGES: The Frederick News Post’s Bill Pritchard’s column looks at changes to rules for residency and political affiliation from the Frederick County Board of Elections.

POTOMAC CENTER AUDIT: An audit states that the Potomac Center in Hagerstown, run by the Department of Mental Health and Human Hygiene, must return $80,000 it improperly kept to the state, reports the Sun’s Matthew Brown.

TEACHER EVALUATIONS: The state tries to figure out how to use test scores to evaluate teachers, reports Liz Bowie of the Sun.

ROCKY GAP SLOTS ROUND 2: The state, seeking for a second time to award a gaming license in Western Maryland, hopes to entice casino developers to take another item off its plate — the struggling Rocky Gap Lodge & Golf Resort, writes Nicholas Sohr of the Daily Record.

FREDERICK COMMISSIONERS: Frederick County Commissioner candidate Elaine Kessinger will go to great lengths to promote the City of Frederick. And Walkersville Burgess Ralph Whitmore wants to take his leadership to the next step by becoming a Frederick County commissioner. Meg Tully reports both stories for the Frederick News-Post.

SUPER MAJORITY: Republican lawmakers and a group of citizens are trying to get Howard County voters to approve a change in the county charter that would require a “super majority” of members of the County Council to approve any future tax hike, Robert Lang reports for WBAL-Radio.

UNSAFE WATER: Kate Yanchulis writes in MarylandReporter.com that Baltimore’s Inner Harbor is a picturesque setting, but visitors should think twice before trailing an arm along the water’s edge: A water sample revealed that the bacteria level was almost five times the safe limit for human contact. 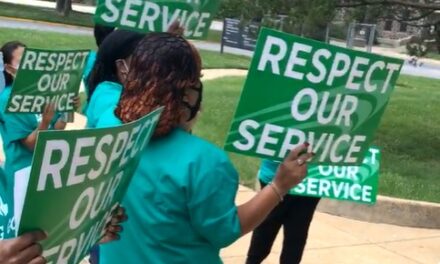