The Kirwan Commission on Innovation and Excellence in Education on Thursday will continue hashing out its recommendations for improving Maryland public schools and revising the funding formulas to pay for them — such as a proposal for universal pre-kindergarten.

The commission, chaired by former University System Chancellor Brit Kirwan, will cap off the day with a long public hearing that has 60 people signed up to testify in Baltimore.

Over 40 people have already spoken at two hearings in Frederick and Stevensville last month, including three county school superintendents and elected officials concerned about how the commission’s recommendations will affect their local schools. Here are links to written testimony in Stevensville and Frederick.

Consultants have already told the commission that Maryland should spend $2.9 billion more on public schools each year, a 29% overall increase. The state share would increase by $1.9 billion and the counties would pick up the rest, with some big winners and Montgomery County the biggest loser in the reallocation of school dollars.

The commission has not extensively discussed the consultant’s recommendation for bigger bucks, but the 25 commissioners are developing a consensus on how to rearrange the spending. Links to previous articles about the commission’s work are at the bottom of this story.

The National Center for Education and the Economy has been one of the principal consultants, based on its studies of best performing schools from around the world, and especially places like Shanghai and Singapore that have a similar kind of economic diversity as in Maryland.

At the commission’s Sept. 14 session, NCEE president Marc Tucker talked about “a dramatic restructuring of education in Maryland.”

“The idea is to have a new kind of high school diploma in Maryland,” and have students meet all the requirements to be college and career ready by the 10th grade, not graduation, Tucker said. This means “moving from a time in-the-seat requirement to a competency requirement.”

“This is the most important thing we talk about,” said Scott Dorsey, president of Merritt Properties and the only business executive on a commission dominated by education stakeholders and progressive legislators. Many business people complain about the preparation and skills of the young people they hire.

A key component of NCEE’s international findings and its recommendations for Maryland is a big change in how teachers are recruited, trained, paid and work.

The commission consensus is to recruit the best and brightest students from high school, train them at the best universities, mentor them like apprentices, and then send them out to schools, giving them a career ladder to be master teachers paid at the level of other professions.

Teachers in high-performing countries also spend less time teaching but in larger classes than in the U.S.  They spend more time planning and collaborating on teaching lessons, with fewer administrators interfering. These countries also have teachers specializing in math or reading at the elementary level, a practice the Kirwan commission is likely to recommend.

The commissioners also support putting more money where the most underperforming students are, and have the funds follow the student, not just given as extra money for a school system as a whole.

Del. Maggie McIntosh, D-Baltimore, a commission member and chair of the House Appropriations Committee, said more resources need to be focused on schools with high concentrations of poverty.

The commission is also in general agreement that Maryland needs to develop better career and technical education so that going on to college is not the top goal for all students.

Summing up the commission’s last session, chair Kirwan said, “We need to spend more money and spend it wisely.”

Here is a link to a draft of recommendations the commission is discussing.

Maryland lags behind some states on school spending 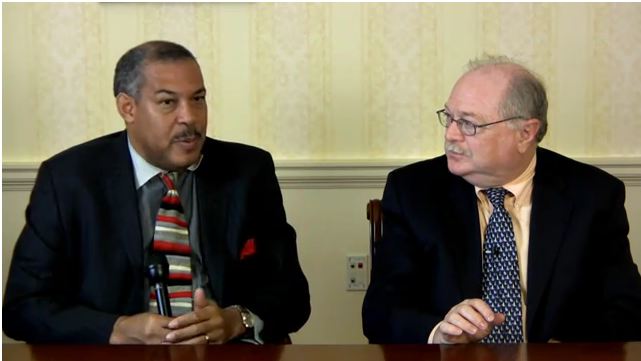