Opinion: Some ideas for legislative relief to help Maryland thrive

Government should always be about fostering conditions — laws, regulations, and taxes — to better enable the citizens to thrive.  Over decades this mission seems to have been lost in Maryland’s one-party system.

The Baltimore area was once an economic fulcrum of prosperity for companies.  Too easily, the state slipped away to dependence on federal employment and largesse for support and gradually ignored its many private companies, many of which are now gone.

In losing focus, the state forgot the people who really support the poor, the taxpayers.  Demands became greater on workers during the O’Malley years even as the state has wallowed in an economy that treads water.

Here are a few ideas for enough relief to make Maryland a better place.

As a preamble, it is important to recognize that investment in the form of more government spending does not necessarily work out well when government is making the choices.  Tax cutting is too often seen as causing deficits when it really can be the best choice for investment spending because individuals start new businesses and companies boost hiring with greater freedom and financial wherewithal.

Their successes create permanent jobs, and more people employed pay more income taxes and sales taxes with their purchases.  Fewer people are dependent on government; there are fewer poor and unemployed.  That’s a win-win for everyone and government too!  With higher tax revenue flows, even more cuts can be phased in.

Here are some easy changes.  Maryland is now the only state to have both estate and inheritance taxes. Maryland taxes the assets of persons after they die and then it taxes their heirs on any money left to them in the estate.  (New Jersey eliminated its estate tax in October.)

Neither tax brings in a lot of money.  In fact, those with money often leave Maryland and retire to lower tax states.  Maryland loses the benefit of their spending, property and other taxes. Not so bright.

Our state raised the alcohol tax to 9% a few years ago. Since D.C. had the same high tax, the increase was seen as harmless.  The unforeseen consequence:  D.C. residents no longer came to Maryland to buy liquor or eat in our restaurants.  Further, Maryland residents started buying in quantity out-of-state as in nearby Delaware with zero sales tax.

The alcohol tax plays against our own Maryland entrepreneurs who own liquor stores, bars and restaurants.  They make less money and pay lower income taxes due to this and other issues like Maryland’s newly enacted minimum wage and Obamacare and other rules and regulations.  Their employees work fewer hours and many young people and the unskilled cannot get entry level jobs.

Not as easy, but of enormous consequence to the state’s economic health:  Maryland’s high progressive tax rates hurt small businesses especially when combined with county piggyback taxes. The highest combined rate is 9.25%.

This is not to mention county taxes on tangible personal property. And then there are deductions at the federal level not recognized by the state such as credits to parents with children in college. Our corporate taxes also are among the nation’s highest.  Why is Maryland so anti-business?

Over the decades, the state has virtually wiped out many businesses including tobacco, forestry and coal mining, to mention a few.  And it looks like fracking for natural gas will not happen due to impossible regulations, even if it continues to be legal.  No wonder people remark that Pennsylvania and West Virginia are probably drilling into Maryland from the borders and making profits from our resources.

Governor can’t do it alone

Our governor doesn’t have the legislative votes to prevail in reforming this situation.  He has done much of what is possible without the legislature, like reducing the increased highway tolls.

The Legislative Services Director spoke about unrealistic spending and it seems the majority party has taken some of this to heart.  But Marylanders need more!  And so does the state if real solvency from a thriving economy is to be had. 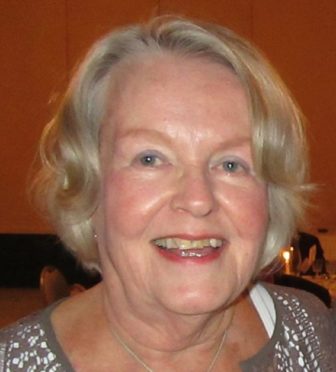 Marylanders pay more in taxes than any of our surrounding states.  Standing still is not an option while other states are reforming their codes.

(Thanks to Joe Henchman of the Tax Foundation for that last thought!)

Dee Hodges is the longtime president of the Maryland Taxpayers Association.