Governors traditionally get a warm welcome from the local elected and appointed officials at the winter conference of the Maryland Association of Counties.

But Thursday’s night welcome for Gov. Larry Hogan at the dinner installing new MACo officers at the Cambridge Hyatt Regency was particularly loud and boisterous, with standing ovations at the beginning and end of a short 12-minute speech that delivered standard talking points from the governor.

The welcome was particularly warm because this was Hogan’s first address to the MACo audience. Lt. Gov. Boyd Rutherford had to fill in for Hogan at their summer meeting in Ocean City due to his cancer treatments, and Hogan thanked them for their support during his chemotherapy.

MACo is a particularly friendly audience for a Republican governor in a blue Democratic state, since unlike the Democrat-dominated legislature, a majority of elected county officials are Republicans.

Keeping with MACo’s bipartisan tradition, leadership of the organization switches back and forth between the parties. Outgoing MACo President Ike Leggett, the three-term Montgomery County executive and former chair of the state Democratic Party, was succeeded by John Barr, a Republican Washington County commissioner.

“Ike has been incredible to work with,” Hogan said. “It’s because of his efforts that the Purple Line is moving forward,” referring the light rail line in the Washington suburbs. Hogan cancelled a similar Red Line project in Baltimore.

The governor reiterated his oft-stated promise to restore the highway user revenues taken away during the tight budget years of the O’Malley administration. Getting back the road funding has been a top priority for county and municipal officials for several years.

“Restoring the money raided from the transportation trust funds is one of the administration’s top priorities,” Hogan said. “Our goal is to get them back to their original high point of 30%” of revenues generated by the gas tax.

Hogan also touted his “record funding” of education, $6.1 billion, despite his failure to release half of the Geographic Cost of Education Index funds, $68 million. But he pledged to fully fund GCEI in the coming year, the first governor to do so.

He did not mention that the legislature forced him to do it in a bill that he allowed to become law because he didn’t want to mount a veto fight that he was likely to lose. Only half the counties get GCEI money.

Hogan also touted job growth. “Our state has gone from last to first in the Mid Atlantic region in job creation, and we’re adding jobs at one of the fastest rates in the nation.”

“A governor cannot governor effectively without a true partnership working with” local elected officials. He guaranteed them “a sympathetic ear and a seat at the table”

“Together we can usher in a new era of state and local cooperation,” Hogan said.

MACo also honored several legislators and local officials for their work. They were 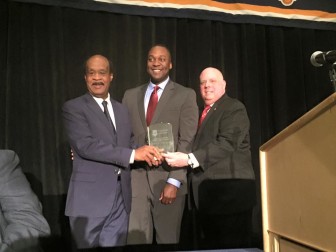 The MACo officials will get their traditional legislative preview Friday morning from legislative leaders and Hogan’s legislative officer Joe Getty.

Senate President Mike Miller had to cancel his usual appearance at MACo because his wife Patty fell and broke her hip, and was undergoing surgery Thursday night. 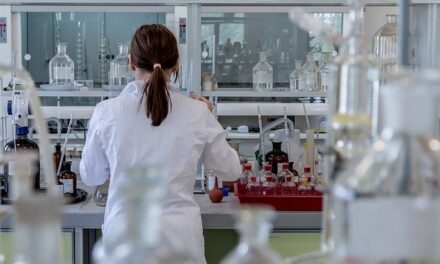