Photo above: Marines on Okinawa (National Archives) Frank Niader of Wayne, N.J., whose Marine brother William was killed on Okinawa, identifies the Marines in the photo as David “Thompson” Hargraves from Helena, Ark., with the gun and Gabriel Chevarria from Oregon.

If you weren’t on Okinawa, you just won’t understand what went on there.

That’s how many of the veterans of the battle feel about their experiences, and why they’ve shared them so little, even with wives and children.

Daniel Brewster is an exception. The former U.S. senator and congressman has had to talk about his wartime experiences for much of his professional life.

After his freshman year at Princeton, Lt. Brewster became a young platoon leader in 4th Regiment of the 6th Marine Division.

“I saw some of the bitterest fighting of the war,” he says, and official histories confirm this. He fought on Guadalcanal and the Marianas, and was on Okinawa from the landing on April 1 until the mopping up was done more than three months later.

His was the first unit on Sugar Loaf Hill, where his platoon took 100% casualties. Brewster himself was wounded seven times on Okinawa. In the study of his farm in Butler, he displays the helmet he wore, beside his father’s Marine helmet from World War I.

The younger Brewster’s has two holes, showing where a bullet entered and left, barely scratching his skull. An inch the other way and he’d be dead.

On Okinawa, “we ground it out yard by yard.”

Hatred for the enemy 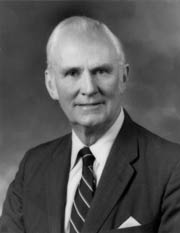 “They were the enemy; we hated them; they started it at Pearl Harbor,” says Brewster. “It was brutal, cruel; it was hatred; it was a battle for survival … We had seen so many of our own killed.”

For the Japanese, the war was lost, but they fought on. “Time and again, I saw Japs blow themselves up with grenades.”

At the end, pushed to the cliffs at the sourh of the island, “they were hurling themselves into the sea, women and men,” rather than surrender.

Melvin Kabik of Stevenson was radioman for Brewster’s platoon. “The mental attitude about the Japanese,” says Kabik was that “they were subhuman.”

“There was no feeling about the hundred dead bodies. We’d sit around eating lunch” surrounded by dead Japanese, says Kabik. “We just used to bury the bodies with bulldozers.”

“Even the civilians that we killed — I feel badly about that now — we killed them like nothing — men, women, children.”

“If anything moved in front of our lines, we’d shoot,” says Brewster. “Time and again we’d open fire on civilians that would stagger into our lines. We’d find Jap soldiers mixed in among the civilians.”

Averaged over the length of the 82-day battle, 2,500 people a day died on Okinawa, Kabik points out. “It was savagery and people don’t have any remorse. Somebody had to do it.”

Yet still, “I think about it often,” says Kabik. “It just really never leaves your mind.”

Just as the Japanese attitudes and tactics were puzzling to the American mind, Mel Kabik wonders about the American strategy on Okinawa.

“I have some strong feelings about how it was handled. You couldn’t have done much about the kamikazes,” the pilots who were taking such a toll on the Navy, says Kabik. “The land battle could have been handled differently.”

“I don’t know why we had to take the southern end of the island.”

The Japanese Navy was virtually destroyed. No reinforcement or additional supplies for the Japanese ground troops were expected. Except for the kamikazes (suicide pilots), the skies and the airfield were under American control.

Kabik thinks U.S. forces could have locked up the Japanese 32nd Army below the narrow strip where the landing was made. “They would have never been able to break through our fire line. I think a lot of our boys could have come home if things had been done differently.”

Sometimes after the war, at a Marine function, he asked Gen. Lemuel Shepherd, who had commanded the Marines on Okinawa, that question and Shepherd said, “My orders were to take the island and nobody ever asked me that before.”

No doubt about the bomb

For Okinawa veterans, there is simply no question about the rightness of dropping the atomic bomb.

“When any of these do-gooders and peaceniks say we shouldn’t have dropped the bomb,” says Brewster, “they didn’t know what fighting the Japanese was like.

“If we had to invade Japan, there would have been millions of people lost.”

Kabik was on a ship waiting for the invasion of the home islands.

“I knew I was going to die” if the Japanese homeland were invaded, he says.

The atomic bomb “saved me. I wouldn’t be here, except for that. I tell my grandchildren that,” says Kabik.

Debts put some Marylanders in jail