Zooming down the highway late one night, a man is exhausted, not really paying attention to the speed limit. His friend accidentally left a small baggie of marijuana in his car, along with some paper to roll it into joints, which sits in a tiny pile on the passenger seat.

Police officers pull him over in the next mile for speeding, and as they shine a flashlight through the car window, they eye the loot stashed on the seat.

In Maryland, he could be charged criminally for one of these items, but it’s not the drugs.

The recent move to remove criminal penalties for 10 grams of marijuana or less has been heralded by its supporters as radical reform that would save state money, and alleviate a significant portion of drug-related arrests, which are racially imbalanced.

But a hole in that legislation — one that remains unaddressed — is that drug paraphernalia similar to the hypothetical rolling paper, remains criminal. Lawmakers haven’t developed concrete answers to the problem, other than theoretical discussions for the future.

Paraphernalia alone, encompassing items like dime bags, bongs, pipes — anything used to store or consume a drug — is not illegal. Circumstantial paraphernalia is, and is often encountered during a traffic stop, leading law enforcement to believe a drug was present.

No jail time is associated with possession of circumstantial paraphernalia, but the charge does carry a $500 fine, according to the marijuana decriminalization bill’s sponsor, Sen. Robert Zirkin, D-Baltimore County.

Zirkin said he intentionally shied away from language that would decriminalize paraphernalia, as  law enforcement uses its presence as cause to search a car during a traffic stop — but it’s a matter that will likely need to be deliberated, he said.

“There is some incongruity there,” Zirkin said.

The bill that passed the General Assembly on the final day of session Monday, April 7, levies a fine against offenders — akin to a parking ticket — that gradually increases each time they’re charged. First-time adult offenders 21 and older pay $100, pay $250 on the second offense, and must must appear in court after their third offense and pay a $500 fine. The bill does not allow for driving while impaired.

Sara Love, public policy director for the Maryland chapter of the American Civil Liberties Union, said Zirkin was hesitant because he wasn’t positive the bill would pass with a provision that would decriminalize paraphernalia.

Love said that she hopes law enforcement respects the intent of the bill, which is to make marijuana a lower priority, though she acknowledged law enforcement could still charge someone criminally for paraphernalia possession.

Officers will have discretion

Officers can use discretion whether to issue a criminal citation or a warning, similar to if an offender were pulled over for speeding, according to Greg Shipley, spokesman for Maryland State Police.

Shipley said state police officers will undergo training on the new law, and will consult with the Attorney General’s office for further legal interpretation.

MSP also will be guided by future court decisions on the law, Shipley said.

“If I find a marijuana pipe, no residue in it, there’s a man not sitting there not smoking it, under current law it is paraphernalia, it’s still illegal,” Shipley said. “Police officers will have the difficult option of what they will do then.”

Shipley said the MSP did not oppose decriminalization, but Webster Ye, an assistant in the House Judiciary Committee said MSP submitted a “letter of concern” as testimony during the committee hearing. That technically means they took no position for or against the legislation.

Rachelle Yeung, legislative analyst with the Marijuana Policy Project, said her organization hopes next year that the legislature would amend the legislation to include paraphernalia.

“Legislators have stated repeatedly that their greatest concern with the current marijuana laws is the racial disparity in enforcement,” Yeung said in an email. “It would be terrible if police officers deliberately circumvented the legislature’s attempt to address the racial disparity and the future-destroying collateral consequences that a criminal record can carry.”

Judiciary committee members would have to consider further legislation

Del. Mike McDermott, R-Eastern Shore, who has worked for the Worcester County Sheriff’s Office since 1988, blasted the legislation for being sloppy and hurried. McDermott is also a member of the House Judiciary Committee. That committee initially converted the bill to a task force to study decriminalization.

McDermott said the legislature wanted to enforce a “bright line” — a 10 gram threshold — while in most cases, law enforcement works in shades of gray. He said on the road, there’s no way for a police officer to accurately measure how much marijuana a person is holding.

“That’s what happens when you rush a bill out of committee,” McDermott said. “You have all these nuances, like the paraphernalia aspect, that have to be tied together.”

Del. Luke Clippinger, D-Baltimore City, another member of the House Judiciary, said he advocated for some of the stricter provisions included in the final bill — amendments that ensured law enforcement could still perform necessary searches during a traffic stop, and arrest someone if they suspected they were high while driving.

Del. Mike Smigiel, R-Eastern Shore, another member of House Judiciary, a vocal supporter of the bill across the party line, said he didn’t have an answer to the paraphernalia problem.

“You could do it by regulation, you could have the attorney general get involved, I don’t know how, you can get creative,” he said. “But there is a problem.”

80,000 more salaried workers could get overtime pay under proposed bill 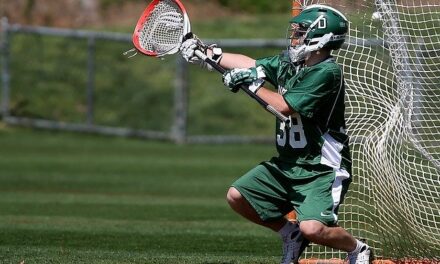