NEW STATE OF POT: Despite the General Assembly’s actions last week in revamping the stalled medical marijuana program and decriminalizing possession of 10 grams or less of pot, many questions remain unanswered about implementing the laws. Doctors, growers and dispensaries are waiting to learn the details of regulations that will govern the fledgling medical marijuana industry. Police across the state are evaluating the impact of the decriminalization measure on crime-fighting strategies, and the statewide prosecutors’ organization has called for a veto by Gov. Martin O’Malley, Mark Puente and Michael Dresser report in a detailed piece for the Sun.

HOWARD-AA TRANSIT SERVICE: State funding for a new agency that would run transit service in Howard and Anne Arundel counties could be delayed for three months because of a study required by the state budget, Kate Yoon reports for the Annapolis Capital. Nonetheless, Howard and Anne Arundel officials said they are moving as fast as possible to start the planned Regional Transportation Agency.

MORE TRANSPARENCY: Some lawmakers hope legislation passed this year will move Maryland out of the middle of the pack when it comes to government spending transparency, Alex Jackson reports in the Annapolis Capital. The fifth annual report on government spending transparency released last week by Maryland PIRG Foundation gave the Old Line State a B-, up from a C last year.

ANNAPOLIS WRAP: The last week of the Maryland General Assembly brought good news for some and bad news for others, writes Jennifer Shutt for the Salisbury Daily Times. Those hoping the minimum wage would increase to $10.10 an hour claimed victory. For those who believe the increase will damage the state’s economy and business climate, however, the vote brought no reason to celebrate. The same feelings were felt throughout many of the final votes, as lawmakers decriminalized possession of 10 grams or less of marijuana, expanded the state’s medical marijuana program beyond academic medical centers and delayed construction of a multi-million dollar wind farm in Somerset County.

HARD TURN LEFT: Political commentator Barry Rascovar, writing in MarylandReporter.com, says that Gov. Martin O’Malley, barely containing his national ambitions, took a hard-left turn in his legislative agenda. It was aimed at impressing liberal Democratic interest groups across the country. But House Speaker Michael Busch and Senate President Mike Miller wisely slowed the O’Malley Express and made sure Maryland didn’t get too far out in front of Democrats’ march to the far left.

NANNY STATE: Frederick Kunkle of the Post writes that during the 90-day session that ended last Monday, seldom a week went by that some lobbyist or lawmaker wasn’t uttering the phrase “nanny state” in the marble lobbies and committee rooms of Maryland’s State House. Never mind that many of those bills died in committee. Or that some laws decried as nannyish a generation ago are now accepted as common practice.

HIAASEN’S SINE DIET: In a humorous column for the Annapolis Capital, Rob Hiaasen writes about the bills that he would have liked to see pass in the latest General Assembly session.

$10,000 LIMIT: Luke Broadwater of the Sun writes that after a landmark U.S. Supreme Court ruling, Maryland election officials said Friday that they will no longer enforce a state law that imposes an overall limit of $10,000 on campaign contributions in a four-year election cycle.

BONGINO, GEORGE RALLY: Among items in Kaustuv Basu’s Political Notebook column in the Hagerstown Herald Mail is this: Campaigns for Del. Ron George, a Republican who is running for governor, and Dan Bongino, a Republican candidate for the U.S House of Representatives from the 6th Congressional District, announced they will make a “special announcement” about the 2014 Maryland governors race today at 10 a.m. at 100 State Circle in Annapolis.

HOGAN FUND-RAISING: The GOP campaign for governor of Larry Hogan, in the campaign’s first 68 days, has raised more than $422,000, reports Greg Kline for Red Maryland.This amount dwarfs similar performances by the GOP candidates and ranks Hogan among the leading fundraisers in the race for Maryland governor.

MIZEUR CONFIDENT: John Lee of WYPR-FM profiles Democratic gubernatorial candidate Heather Mizeur. Mizeur believes the state is ready to elect someone with her liberal views on issues like legalizing marijuana and providing paid family leave. The two term delegate from Takoma Park is confident she can pull off the surprise, and win the Democratic Party’s nomination in June. There’s also a quote from a Republican delegate who believes Mizeur can bridge the gap between the two parties.

BROWN’S CLAIM: In a scathing column, Robert McCartney of the Washington Post writes that Lt. Gov. Anthony Brown has staked an early claim to the dubious honor of making our region’s most shameless and misleading 2014 campaign boast. In a display of world-class chutzpah, Brown’s Web site asserts that he “has positioned Maryland as the national leader in the implementation of the Affordable Care Act.” Farther in the piece McCartney quotes the two-part MarylandReporter.com analysis of the health care fiasco.

NO NEUTRALITY: Officers of the Democratic National Committee generally refrain from endorsing candidates in Democratic Party primaries, writes Luke Broadwater in the Sun. But Baltimore City Mayor Stephanie Rawlings-Blake, the secretary of the DNC, has thrown her support behind Lt. Gov. Anthony Brown, who is running for governor. In doing so, she passed over Democrats Doug Gansler, Maryland’s attorney general, and state Del. Heather Mizeur. She also left some people grumbling that someone in her position should have remained neutral.

SIZING UP THE DEM PRIMARY: As Maryland heads to the June primary, Sun columnist Dan Rodricks attempts to help the voters as they size up the Democratic gubernatorial primary hopefuls – Heather Mizeur, Doug Gansler and Anthony Brown – with two simple questions.

THE LAST GOP GOV? John Wagner of the Post writes that the question of whether Bob Ehrlich will turn out to have been the last Republican governor that Maryland ever has was posed during the debate Thursday night to the three men vying to become the next Republican governor of the heavily Democratic state. According to the debate’s moderator, the question was based on an assessment made by Ehrlich himself.

O’MALLEY’S FUTURE: His final legislative session is over, but Gov. Martin O’Malley is unlikely to have a restful last nine months in office, writes Erin Cox and John Fritze for the Sun. As he weighs whether to seek the Democratic nomination for president in 2016, political observers and those who have faced the same situation say the remainder of this year will be an important test of the governor’s ability to lift his profile in early-voting states and raise enough money to appear credible on the national stage.

O’MALLEY’S LEGISLATIVE LEGACY: If voters remember anything from Martin O’Malley’s first run for governor eight years ago, it’s probably two big promises: to roll back a big increase in BGE rates and to end the culture of divisiveness in Annapolis to bring lawmakers together to get things done. The first promise didn’t happen. But the second? Boy did it ever. The editorial board for the Sun writes by most standards, O’Malley had an impressive string of successes.

O’MALLEY BLASTS WISCONSIN GOPers: In a speech to Wisconsin Democrats on Saturday night, Maryland Gov. Martin O’Malley took jabs at the state’s Republican governor and its high-profile congressman Paul Ryan, and touted his own efforts back home to raise the minimum wage, writes John Wagner in the Post.

LEOPOLD DEFENDS TERM: Former Anne Arundel County Executive John Leopold writes an op-ed in the Annapolis Capital to try to clear up what he sees as misconceptions concerning his handling of the county police department while he was in office.

MENTAL ILLNESS & STIGMA: Mental health professionals and others wish to remove the stigma from mental illness because they believe it will motivate sufferers to seek help and reduce the threat that a tiny percentage of them pose to others, Richard Vatz, a professor at Towson University, writes in a commentary for the Sun. However, he says, there is no evidence that removing the stigma from mental illness will encourage someone to get help. And there is no evidence that mental health professionals and counseling can reduce violence or even identify dangerous people better than laypersons. 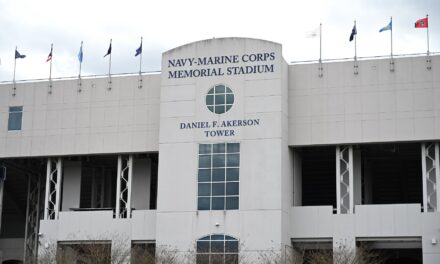 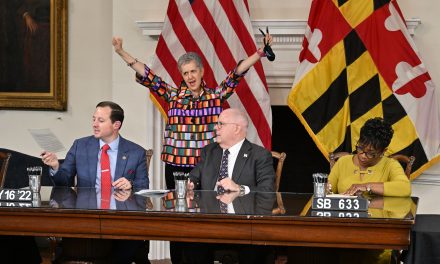