Democratic Del. Guy Guzzone has decided not to run for Howard County executive as many expected, but instead to campaign again for the legislature, possibly for the state Senate, the Democrat told MarylandReporter.com Thursday.

Republican Del. Steve Schuh fulfilled everyone’s expectations Thursday night by announcing a race for Anne Arundel County executive, even though it is no longer an open seat and he will likely face new county executive Laura Neuman in a Republican primary. Neuman told the Sun’s Pamela Wood Thursday she had filed paperwork to form a campaign committee, and County Councilman John Grasso has also said he will run. (More on Schuh further down in the story.)

Speculation about Guzzone for years

“People have been speculating about that [me running for executive] for years,” Guzzone admitted. He served two terms on the Howard County Council, and is a good friend of Howard County Executive Ken Ulman, who is term limited and has been raising money to run for governor.

Last month, Sen. Jim Robey, the former Howard County executive who along with Guzzone also represents District 13, announced he would not seek reelection.

“I had hoped he would run again,” Guzzone said. “When he didn’t, that opened up the possibility” of running for the Senate seat.

“We had a great team” in District 13. “All four of us have worked exceedingly well together. All of us have roles where we’re making a difference.”

Guzzone said he asked himself “where can I make the most difference, where can I help the people of Howard County the most,” and he decided that was at the State House.

Guzzone was considered a potentially strong competitor for executive against Democratic County Council member Courtney Watson, and his decision now makes her the likely Democratic nominee for executive. Republican Sen. Allan Kittleman has been exploring a run for executive and is expected to announce he will run as well.

While Guzzone had been mentioned as a potential candidate for executive for years and told a reporter two years ago it was an option he would consider, in recent months both Democrats and Republicans saw signs that he was not doing the campaigning or fundraising that he would need to run such a race. However, in his January report, Guzzone had $227,000 in cash on hand.

Del. Steve Schuh, gesturing in center with blue tie, and other members of the House of Delegates at his announcement.

Schuh’s event attracted over 400 people to the Earleigh Heights Volunteer Fire Co. on Route 2. It included a broad range of politicos from near and far, citizens, business people, and oddly enough former Anne Arundel County Executive John Leopold, who just finished 30 days in the county jail after his conviction of misusing his staff and police to perform campaign duties and personal tasks. Neuman took office after his resignation in February.

“Our county has been through a tough couple of years,” said Del. Herb McMillan, who emceed the event still dressed in his American Airlines pilot’s uniform. “We need somebody with impeccable ethics.”

Running government like a business, working with both parties

Catie James, president of the Republican Women of Anne Arundel County, referred to Schuh’s Harvard MBA, and his past proposals to balance the state budget without raising taxes.

“We need someone who knows how to run government like a business,” said James.

Schuh has been preparing for the race since 2011, with an exploratory committee that grew to 80 people, including Congressman Andy Harris.

Schuh said he was running “to make Anne Arundel County a model for the rest of the state.”

·        maintain the highest standards of ethics and conduct;

·        balance the budget with no new taxes (Neuman proposed a penny increase in the property tax rate);

·        make the county government work for taxpayers and not against them; 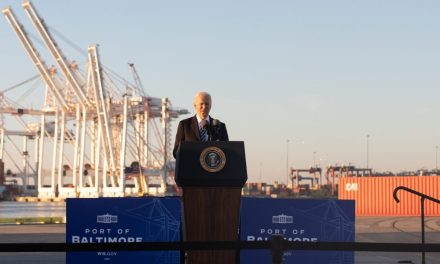