DEATH PENALTY REPEAL NOW LAW: Surrounded by religious leaders, civil rights activists and others who have fought for years to stop executions in Maryland, Gov. Martin O’Malley signed legislation Thursday repealing the state’s death penalty, reports Michael Dresser for the Sun. Unless the law is overturned in a referendum, Maryland will become the 18th state to end capital punishment, leaving life without parole as the maximum penalty for any crime.

PETITION TO OVERTURN? Baltimore County State’s Attorney Scott Shellenberger and Del. Neil Parrott are expected to make an announcement related to an effort to place the death penalty repeal on the 2014 ballot as a referendum question, reports Bryan Sears of Patch.com. It’s not clear what that announcement will be.

Death-penalty opponents say they’ll continue lobbying on behalf of the five men left on death row, while supporters are weighing whether to try to petition the new law to the ballot in 2014, writes Daniel Leaderman in the Gazette.

OTHER BILLS SIGNED: Among the 265 other bills O’Malley signed yesterday were ones to combat cyberbullying, allow undocumented immigrants to get driver’s licenses, expand early voting, reform campaign-finance laws and put in place the federal health-care law in Maryland, writes John Wagner in the Post.

Maryland lawmakers have joined a handful of states in passing a ban on shark fin sales with a slight twist, crafting a measure that is supported by conservationists as well as a commercial fishing group, according to an AP story in the Frederick News-Post.

LEGISLATIVE PRISON PROBE: A legislative inquiry into Maryland’s prison system is broadening to include a coordinated effort between the Senate and House of Delegates, writes John Wagner of the Post. Plans are in the works for a joint hearing in the aftermath of a federal indictment that accused 13 guards at a Baltimore jail of colluding with a prison gang that authorities said had essentially taken over the institution.

Senate President Mike Miller said lawmakers met to discuss the allegations and what to do about the guards who helped the inmates run their drug and contraband operations, Andy Brownfield of the Washington Examiner reports. “We need a sincere effort to find the correct answers, but most importantly, we need a solution to the problem with the entire personnel system,” Miller said.

DOMESTIC PARTNER BENEFITS END: The O’Malley administration has notified state employees in same-sex relationships that they won’t be able to include domestic partners in their health insurance anymore. If they want coverage, they’ll have to get married, reports Michael Dresser in the Sun. The policy change is the result of the new Maryland law allowing same-sex marriage, which took effect Jan. 1.

MESSAGE DELIVERED, REJECTED: The editorial board of the Sun opines that it wishes new House Minority Leader Nic Kipke and new Minority Whip Kathy Szeliga the best of luck. Del. Kipke said the change was needed because the party hasn’t been good enough at getting its message out. But who is unaware that the Maryland Republican Party opposes higher taxes, increased government spending, in-state tuition for immigrants who are in the country illegally, gun control, same-sex marriage, subsidies for offshore wind farms, and whatever else O’Malley might support?

BROWN CAMPAIGN TOUR: Emails sent to supporters on Thursday indicated that Lt. Gov. Anthony Brown is planning a tour that will take him to Frederick, Silver Spring and Baltimore following the announcement of his campaign for Maryland governor next week, John Wagner writes for the Post.

GUZZONE TO STAY IN LEGISLATURE: Democratic Del. Guy Guzzone has decided not to run for Howard County executive but instead to campaign again for the legislature, possibly for the state Senate, the Democrat told MarylandReporter.com Thursday. And Republican Del. Steve Schuh fulfilled everyone’s expectations Thursday night by announcing a race for Anne Arundel County executive.

PG SCHOOL BOARD: Community members are pushing back against a perceived takeover of the Prince George’s County school system with a petition drive to force the issue to a countywide vote, Jamie Anfenson-Comeau reports in the Gazette. 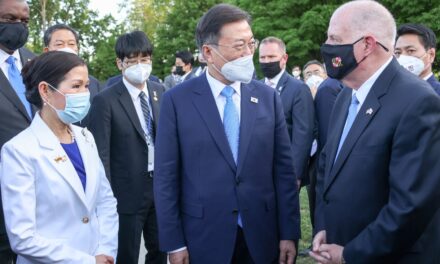