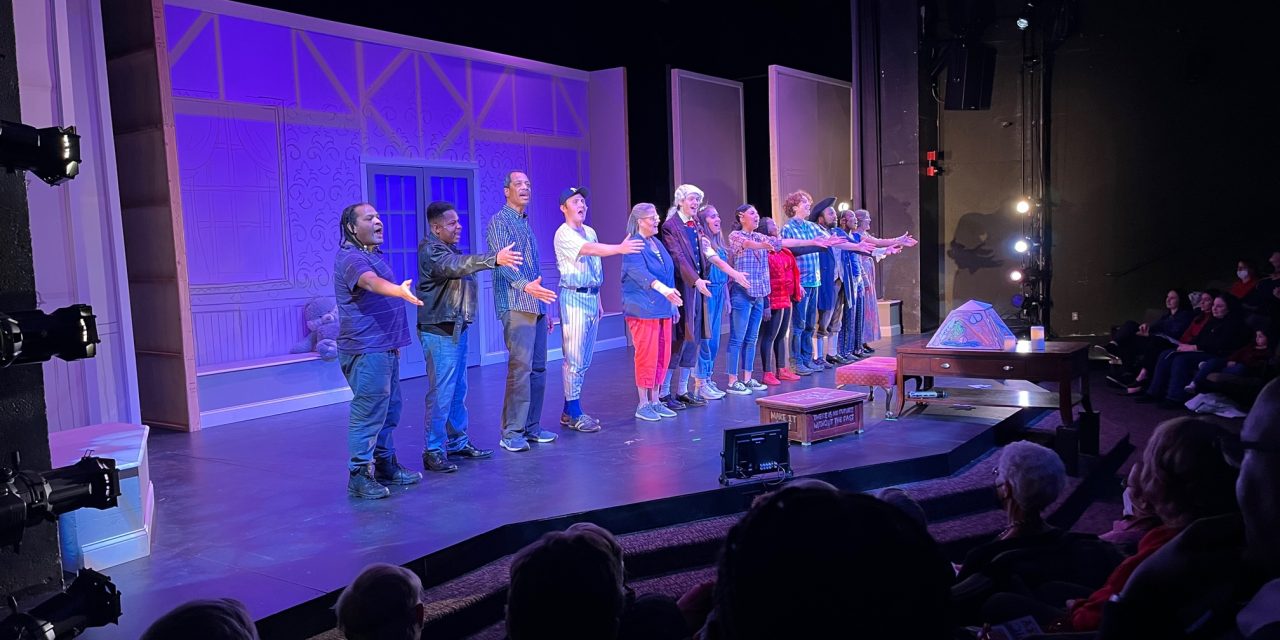 The final two performances of “On National Road – The Musical,” the closing act of the year-long celebration of Ellicott City’s founding 250 years ago, are this Friday and Saturday night.

The musical opened last weekend to packed houses at Howard Community College’s Smith Theater. The original musical depicts scenes from Ellicott City’s history, including songs by Charles Carroll of Carrollton, a signer of the Declaration of Independence (buried just a few miles away at Doughoregan Manor), the Ellicott Brothers, Benjamin Banneker, and 20th Century figures such as Babe Ruth and Jim Rouse.

The National Road refers to the nation’s first turnpike that ran from Baltimore through Ellicott City to the Midwest. The book and lyrics are by Ellen Cook Nibali with music by Kevin Crouch and Nibali

You can read the lyrics and purchase tickets on the musical’s website. 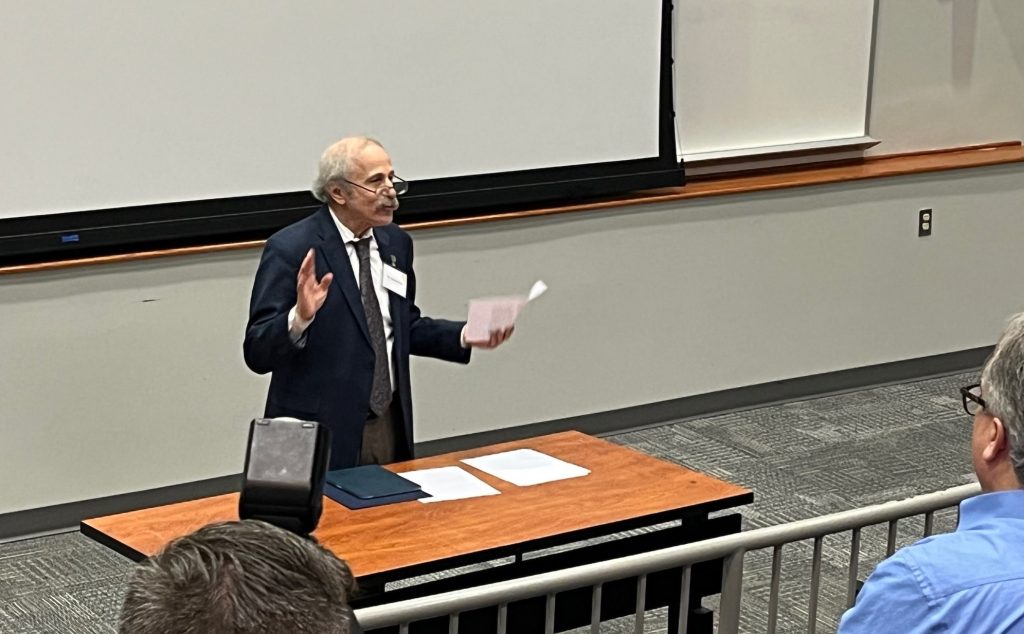 Towson U. Professor Rick Vatz speaks at his longtime lecture hall last week being named in his honor. MarylandReporter.com photo by Len Lazarick

Towson University last week named a lecture hall for longtime rhetoric professor Richard Vatz, who is retiring this month as he turns 76 on Wednesday.

The auditorium-style Room 204 in Van Bokkelen Hall has long been the venue for Vatz’s popular Persuasion class. Throughout the years, Vatz has presented the class with many guest lecturers, mostly politicians and public figures.

For 29 years, Bob Ehrlich has spoken to the class each semester, as he became a congressman and then governor. Bob and Kendel Ehrlich sent a video tribute for the occasion. Guests this year have included Lt. Gov. Boyd Rutherford, retired Judge Katie Curran O’Malley and Sun sports columnist Mike Preston.

Besides numerous professional awards and publications, curmudgeonly conservative Vatz has been a frequent opinion contributor to MarylandReporter.com, The Baltimore Sun, Baltimore Post-Examiner, The Washington Post and other publications. He was also a regular commentator and talk radio guest on local broadcast stations. 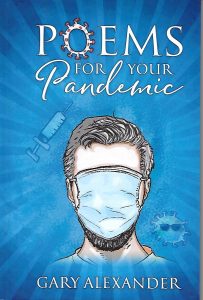 Gary Alexander’s Poems for Your Pandemic

Probably more State House folks will remember Gary Alexander as the lead named partner of Alexander & Cleaver, once one of the major law and lobbying firms in Annapolis, rather than his three terms in the House of Delegates. The Prince George’s County Democrat ended his political career in 1994 as speaker-pro tem of the House.

Now, 80 and retired in West Palm Beach, Fl., Gary has published a slim volume of poetry called “Poems for your Pandemic.” “A poet, who knew?” writes Gary in a short note to Maryland Reporter accompanying a copy of the book he sent a while back.

Not likely to win the Pulitzer Prize for Poetry, the 21 poems are one-page ditties about living through the pandemic with titles like “Why Is Toilet Paper So Hard to Find?” and “You Can Zoom in Any Room!” accompanied by humorous illustrations.

Here’s a sample most can relate to:

I’ve looked high and low and over there.

After 5 months, I admit it did smell funky!”

You get the idea. You can buy Alexander’s book on Amazon, Barnes & Noble, and even Walmart, in paperback for $5.25 or Kindle for $4.99. But you have to order the hardback to get it delivered by Christmas.

Maryland Medicaid could save $167 million on prescriptions, report says