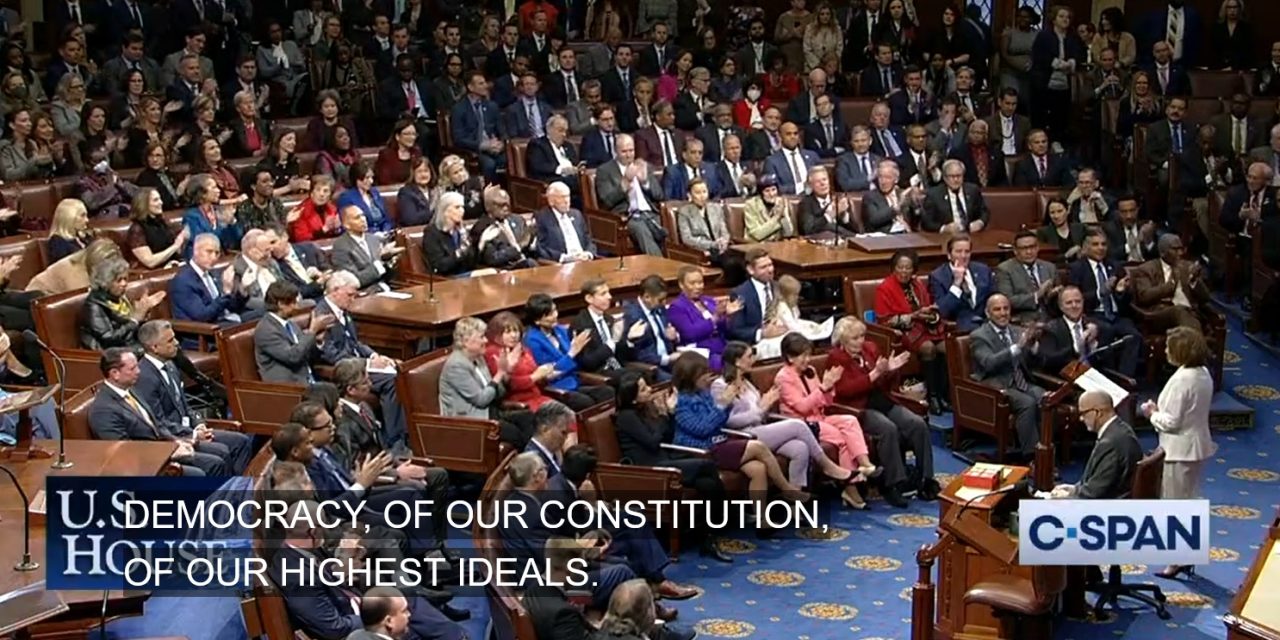 BALTIMORE NATIVE PELOSI, MD. REP. STENY HOYER ARE STEPPING DOWN FROM LEADERSHIP: House Speaker Nancy Pelosi will continue in Congress but is stepping back from a leadership role. Through all her time in power, she held Baltimore close as her “beloved hometown.” Jeff Barker/Baltimore Sun

FROSH ASKS TO MAKE BOMBSHELL REPORT ON CATHOLIC PRIEST ABUSE PUBLIC: Catholic priests and officials assigned to the Archdiocese of Baltimore sexually abused and tortured more than 600 people over the past 80 years, and the church helped to cover most of it up, a report from the Maryland Attorney General’s Office found. The report is not yet public. Lee Sanderlin and Jonathan Pitts/Baltimore Sun

DEPT OF HEALTH CALLS ON PEDIATRICIANS TO HELP RELIEVE MENTAL HEALTH CRISIS FOR KIDS: The Maryland Department of Health and partner organizations are reaching out to pediatricians as mental health situations of children continue to worsen as the coronavirus pandemic lingers. Scott Maucione/WYPR

WES MOORE INCREASED DEM MARGINS STATEWIDE: Democrat Wes Moore’s 30-point landslide lead wasn’t concentrated in just one area. He improved over previous Democrats’ margins in every county in Maryland’s governor’s race compared to the years that moderate Republican Gov. Larry Hogan won his races — and in nearly every county for all of the last two decades, when another moderate Republican, Bob Ehrlich, was on the ballot three times. Sam Janesch/Baltimore Sun

COMPLAINTS ABOUT PARK ADMINISTRATOR HAD BEEN LODGED AS EARLY AS 2015: Numerous employees of Maryland’s largest state park, Gunpowder Falls, sent detailed complaints to state park headquarters dating back to 2015 — including to Superintendent Nita Settina — alleging bullying and harassment by Michael J. Browning and his assistant manager, Dean Hughes. Browning has been indicted on charges that he repeatedly raped two employees. Julie Scharper/Baltimore Banner

RUPPERSBERGER WORKS TO REIMBURSE FOOD ASSISTANCE THEFT: U.S. Rep. “Dutch” Ruppersberger introduced a bill to Congress on Wednesday that would reimburse federal funds to people whose food assistance has been stolen. This bill was drafted in reaction to reporting from The Baltimore Banner and WMAR on widespread benefits theft and constituent complaints. Brenna Smith and Brenda Wintrode/Baltimore Banner

HOGAN WON’T GET TOLL LANES COMPLETED DURING HIS TENURE: The Maryland Department of Transportation will not seek approval of a multibillion-dollar contract to build toll lanes on Interstates 270 and 495 until after Gov. Larry Hogan (R) has left office, the agency announced on Thursday. Bruce DePuyt/Maryland Matters

STATE SEN. MICHAEL HOUGH PULLS AHEAD IN FREDERICK COUNTY EXEC. RACE: Heading into what could be the final day of ballot counting in Frederick County, Democrat Jessica Fitzwater trailed Republican Michael Hough by 862 votes — less than 1 percentage point — in the race for county executive, results from ballot counting on Thursday show. Fitzwater, a two-term County Council member, was behind Hough, a two-term state senator, by more than 1,500 votes after ballot counting on Wednesday. Jack Hogan/Frederick News-Post

SQUEEGEE WORKER CHARGED IN MURDER CASE WILL STAY IN ADULT COURT: The 15-year-old accused of fatally shooting a man armed with a baseball bat during an altercation with a group of squeegee workers near the Inner Harbor over the summer will be tried as an adult, a Baltimore judge ruled Thursday. Alex Mann/Baltimore Sun