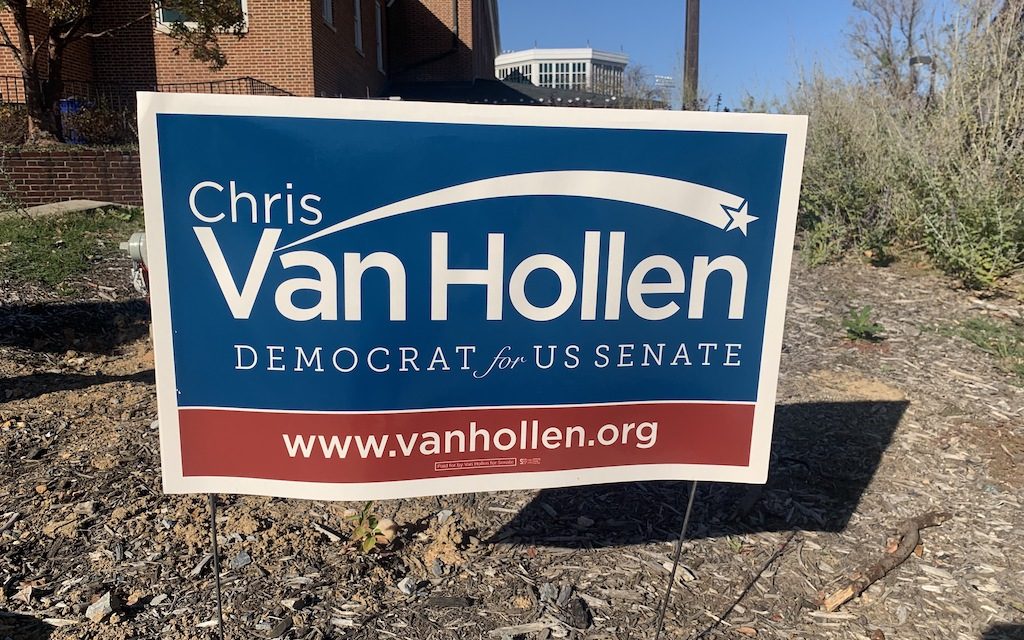 Listen to this article
By COURTNEY COHN, GRACE YARROW and MAXINE FRIEDMAN

Most Maryland Democrats won the House races they were expected to win. The exception could be Rep. David Trone, who on Wednesday was trailing Republican challenger Neil Parrott in the 6th District, which stretches from Montgomery County into western Maryland.

The state has a new member of Congress in Democrat Glenn Ivey, representing Maryland’s 4th District.

The Associated Press has called all of Maryland’s congressional races but the Trone-Parrott race. In 2020, Trone beat his opponent by about 20 points but in a district that was dramatically changed in subsequent redistricting. So if he were to lose this race, that would indicate a huge shift in his district, in part due to redistricting.

Here’s a post-election day guide to results in the Senate contest and all of the U.S. House races in Maryland.

After defeating Chaffee, Van Hollen said in a statement Tuesday that he was “honored to be elected alongside a historic ticket of Maryland state leaders including Wes Moore, Aruna Miller, Anthony Brown, and Brooke Lierman as well as federal Team Maryland.”

The senator said he will continue to focus on issues such as “protecting a woman’s right to reproductive freedom” and “preserving our democracy and protecting the right to vote.”

Chaffee ran for the Senate in 2016 and 2018 but lost in the Republican primaries both times.

Van Hollen raised $6.4 million and spent $5.4 million from January 2021 to October 2022, and Chaffee has not reported any fundraising activity, according to records filed with the Federal Election Commission.

Harris has held this seat since 2011, and before that, he was a member of the Maryland State Senate from 1998 to 2010. He also served as a physician in the U.S. Naval Reserves. He is currently the only Republican U.S. House member in the state, but that would change if Parrott wins his race.

Mizeur was a member of the Maryland House of Delegates, representing District 20, from 2007 to 2015. She ran for governor in 2014 but lost in the Democratic primary to Anthony Brown.

She is currently the founder and CEO of Soul Force Politics, a non-profit organization dedicated to “bridging the worsening divisions in American politics and civic life,” according to her campaign website.

The Libertarian candidate in the district race, Daniel Thibeault, is a utilities worker from Elkton, Maryland.

From January 2021 to October 2022, Harris raised and spent around $1.9 million and Mizeur raised $2.6 million and spent $2.2 million. Thibeault has not reported any fundraising activity, according to the FEC. Mizeur raised significantly more than the last Democratic candidate who tried to unseat Harris.

Democratic incumbent Charles “Dutch” Ruppersberger, who has been in his seat since 2003, held off Republican challenger Nicolee Ambrose.

Ruppersberger won his last three elections by about 30 points. Prior to representing Maryland’s 2nd District, he served Baltimore as Maryland’s assistant state attorney on the Baltimore City Council and as Baltimore County Executive.

Ambrose has served as the national committeewoman for the Republican Party of Maryland since 2012. She is also the president & CEO of The Ambrose Group, LLC, which provides government and communications consulting services.

Sarbanes has held the seat since 2007 and has won every election with comfortable margins.

Ivey was the state’s attorney for Prince George’s County from 2003 to 2011. He ran in the 2012 primary for the district but withdrew from the race due to fundraising issues. Again, he ran in the 2016 primary race but lost.

“I am deeply honored to be the Congressman-Elect for Maryland’s 4th Congressional District,” Ivey said on his Twitter page. “Today, the work continues, and I can’t wait to get to Congress and fight for you.”

Warner, a pastor, was making his first bid for Congress.

There was no incumbent running in the 4th District. Anthony Brown, who has held the seat since 2017, announced in October of last year that he would run for attorney general and was elected Maryland’s first Black attorney general on Tuesday.

“I thank the voters of Maryland’s Fifth District for entrusting me once again with the responsibility of serving as their voice in the House of Representatives,” Hoyer said on Twitter. “Together, we will ensure families in #MD05 have the tools they need to Make It In America.”

A winner in Maryland’s 6th District was unclear Wednesday according to the Associated Press.

Incumbent Trone beat Parrott in 2020 by a nearly 20-point margin. However, the election was made more competitive and unpredictable this year by redistricting.

Trone was first elected to the House in 2018. He is the co-founder and co-owner of Total Wine & More, a chain that is now the largest independent alcohol retailer in the country.

Trone’s campaign raised over $13 million, mostly his own money, and spent $8.2 million as of Oct. 19, according to the FEC.

Parrott has represented Maryland’s District 2A in the House of Delegates since 2011. He previously worked as an engineer and is the owner of Traffic Solutions, Inc., a transportation firm in Hagerstown.

“Tens of thousands of ballots are still outstanding, and it may take a few days for every vote to be counted. But I’m confident that I’m headed back to Congress to keep fighting for the people of the 6th District,” Trone tweeted after midnight on Wednesday.

Mfume served in the House from 1987 to 1996 and ran again in the 2020 special election following the death of Rep. Elijah Cummings.

Mfume was a member of the Baltimore City Council from 1978 to 1986 and is the former president and CEO of the NAACP.

Collier has run for office three times since 2014. He is the founder of DundalkTV and the Global Brain Injury Association, according to his campaign website.

The FEC has no information on Collier’s campaign funds. Collier’s website states that he has never accepted donations for any of his campaigns.

From 2007 to 2016, Raskin was a Maryland state senator. Raskin has risen to national prominence as a member of the Select Committee to Investigate the January 6th Attack on the United States Capitol

As of Oct. 19, Raskin raised $4.4 million in this campaign cycle and spent $2.6 million, according to FEC reports.

“My gratitude to the people of Maryland’s beautiful 8th District for your support and unyielding commitment to democracy, freedom and social progress. I am honored and excited to serve you once again in the people’s House,” Raskin said.

Coll currently works in the aerospace-defense field, according to his campaign website. His campaign raised $13,619 for the 2022 election and spent $13,728 as of Oct. 19, according to the FEC.

Libertarian candidate Andrés Garcia worked in the software industry prior to his run for the House. The FEC has no reports on Garcia’s campaign funds. 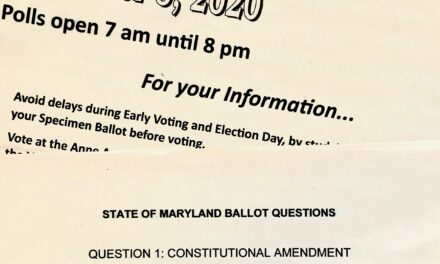