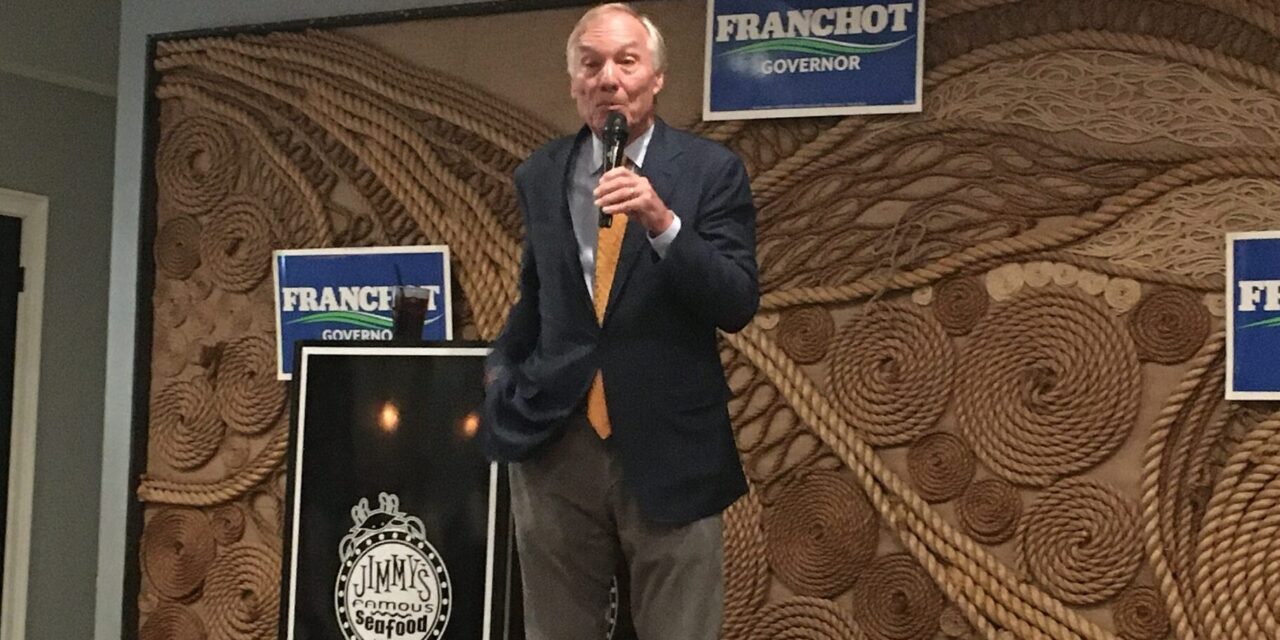 Comptroller Peter Franchot spoke to a crowd of about 150 at Jimmy's Famous Seafood restaurant in Dundalk July 13. He is running for governor. MarylandReporter.com photo by Len Lazarick

But Franchot refuses to even mention the Kirwan Commission and the Blueprint for Maryland’s Future the legislature enacted over the governor’s veto that establishes massive changes for public schools and pumps billions more into education.

“I’m in favor of reforms,” Franchot said in an interview after a July 13 campaign event in Dundalk. “I’m in favor of spending money on K thru 12, but I believe strongly that we need to have results. That’s why I’m advocating some of these less expensive, much more effective things — giving kids skills, knowledge, self-confidence, what compound interest is, what a budget is, what the stock market is.”

“I’m not a Democrat that defines myself, ‘Hey, vote for me because I’m in favor of spending an extra $350 million a year on something.’ I’m only in favor of going to people and saying, “I’m going to improve K thru 12 education. I’m going to make Baltimore City schools that people want to come in from the suburbs.”

The Blueprint for Maryland’s Future that came out of the three-year Kirwan Commission includes a multi-pronged approach to improving what the commission found were mediocre outcomes for students. That includes universal pre-kindergarten, a new career leader and higher pay for teachers, new standards for career and college readiness, including more technical education; and more funding and resources for students in poverty and underperforming schools.

None of that was mentioned by Franchot in talking to an enthusiastic but decidedly older crowd of about 150 at Jimmy’s Famous Seafood in Dundalk on July 13.

“Let’s be honest. There are some tremendous gaps in our K thru 12 education,” Franchot said. “The problem is, in my opinion, is that teachers have had the joy of teaching sucked out of the classroom. Because all they have is standardized tests.” “We’re going to reduce standardized testing, we’re going to save tens of millions of dollars, and we’re going to liberate our rank-and-file teachers to do what they’re good at and we’re going to combine it with a curriculum redo where we actually give kids the skills and knowledge and most of all the self-confidence that they need to succeed in the modern economic environment that we have.”

But aren’t the Blueprint reforms and the funding hikes that pay for them mandated in law?

“Obviously, as governor, I’m going to follow the law,” Franchot said in the interview.

The Maryland State Education Association was a major advocate for the Blueprint. Franchot’s refusal to endorse the Blueprint then or now – or even to mention it by name – seems to put him at odds with a union that is very influential in a Democratic primary.

“Remember Thornton, all the promises, ‘Oh my god, this is going to be a game-changer,’” Franchot said, referring to the 2002 law that substantially boosted aid to education. The Kirwan Commission found the extra aid did not substantially boost student performance.

“I’m for education but we’re going to change the product that comes out of the K thru 12 system. And we’re going to allow teachers to be empowered. They’re not going to be forced to teach to these tests that drive them crazy.”

“I will get thousands, tens of thousands of rank-and-file teacher votes,” Franchot said. He expects the teachers to be pragmatic.

“I’m a big fan of the teachers union. But I’m not someone who will go along and say vote for me because I’m going to spend billions of your tax dollars without having it connected to results, deliverables, improvements, actual things that work, kids coming out of the K thru 12 system with financial literacy,” one of Franchot’s favorite topics. 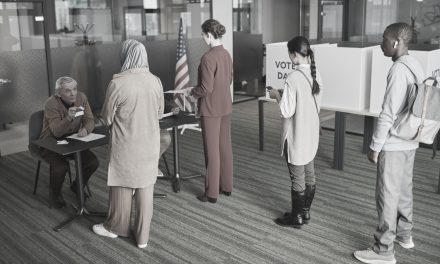 Be wary of election predictions based on widespread conventional wisdom 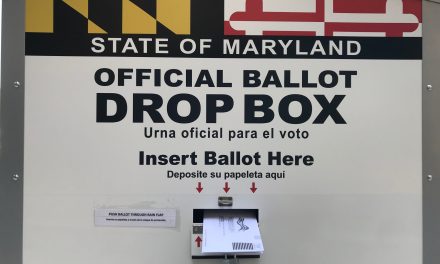