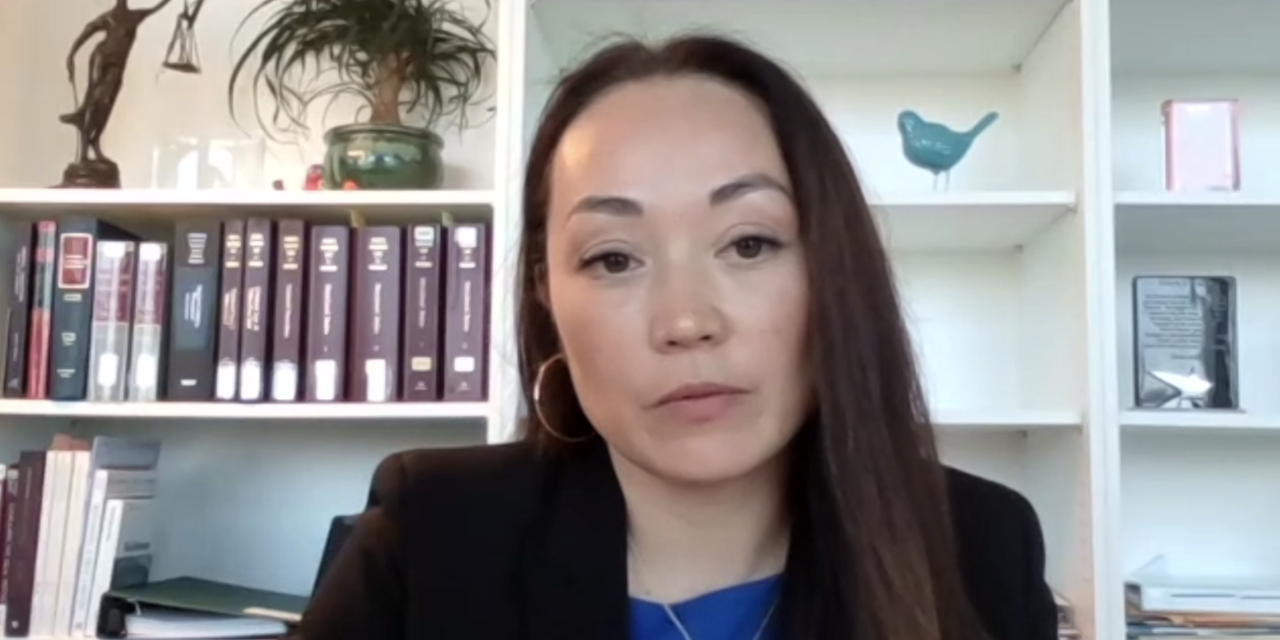 Erica Suter, an assistant public defender and Adnan Syed’s attorney, answers questions in a video press conference following the news that Syed's charges were dropped Oct. 11. When Syed was 17, he was wrongfully arrested for the murder of his ex-girlfriend Hae Min Lee. (Abby Zimmardi/Capital News Service)

BY SHANNON CLARK AND ABBY ZIMMARDI

BALTIMORE — Betty Gaskins recalled waving to Adnan Syed just a few weeks ago as he walked into his family’s home in Windsor Mill, a Baltimore suburb, still on house arrest after spending 23 years in prison for murdering his former high school girlfriend.

The 79-year-old retired state comptroller employee said she has been Syed’s neighbor since 1988. Her two children and Syed would play together in the yard and throw balls against the walls of the house, she recalled.

Gaskins was sitting at her kitchen table Tuesday morning when she saw the news that Syed, the subject of the nationally popular podcast “Serial,” was finally free after the Baltimore City State’s Attorney Office dropped all charges and declared his innocence.

Gaskins said she never thought he committed the crime..

“He wasn’t that kind of little boy,” she said. “I always prayed that he was (innocent), because the little kid I knew – I just couldn’t see it.”

Syed was sentenced to prison for the 1999 murder of Hae Min Lee. They were both students at Woodlawn High School.

She gave the state’s attorney office 30 days to decide whether to proceed with a new trial or to drop the charges. Charges were dropped after the office tested DNA evidence in the case, which it said confirmed Syed’s innocence.

“The results of the DNA testing exclude Adnan and include what Adnan and his supporters have always known; Adnan Syed is innocent,” said Erica Suter, an assistant public defender, and Syed’s attorney.

In a virtual press conference following the news of Syed’s release, Suter, also the director of the Innocence Project Clinic in Baltimore, said it is too early to begin thinking about compensation for Syed.

“Adnan plans to spend time with his loved ones,” Suter said. “He is elated to be able to have the small, quiet, everyday joys of freedom that many of us take for granted.”

Syed is pursuing a degree at Georgetown University and has hopes to become a lawyer.

“He wants to know, like the rest of us, what really happened,” Suter said.

Syed’s case is officially over in the Circuit Court, she said.

An appeal by the Lee family of Syed’s release to the Court of Special Appeals is still pending.

“We extend our deepest sympathy to the family of Hae Min Lee, and we join in the hope that an investigation will bring them real answers and a sense of closure,” Suter said.

Syed returns to a neighborhood markedly changed from when he left. Capital News Service spoke to several of his neighbors and none knew of the man who has achieved national prominence living just doors away from them. Most had just recently moved to the community.

Gaskins is one of the few left. For more than 20 years, she followed his case closely.

“I just hope that they can find some peace,” she said. “Because he is 40-something now, and all his adult life has been (in prison), and I hope the best for him.

“I’m just so thankful that at last, it’s over.”