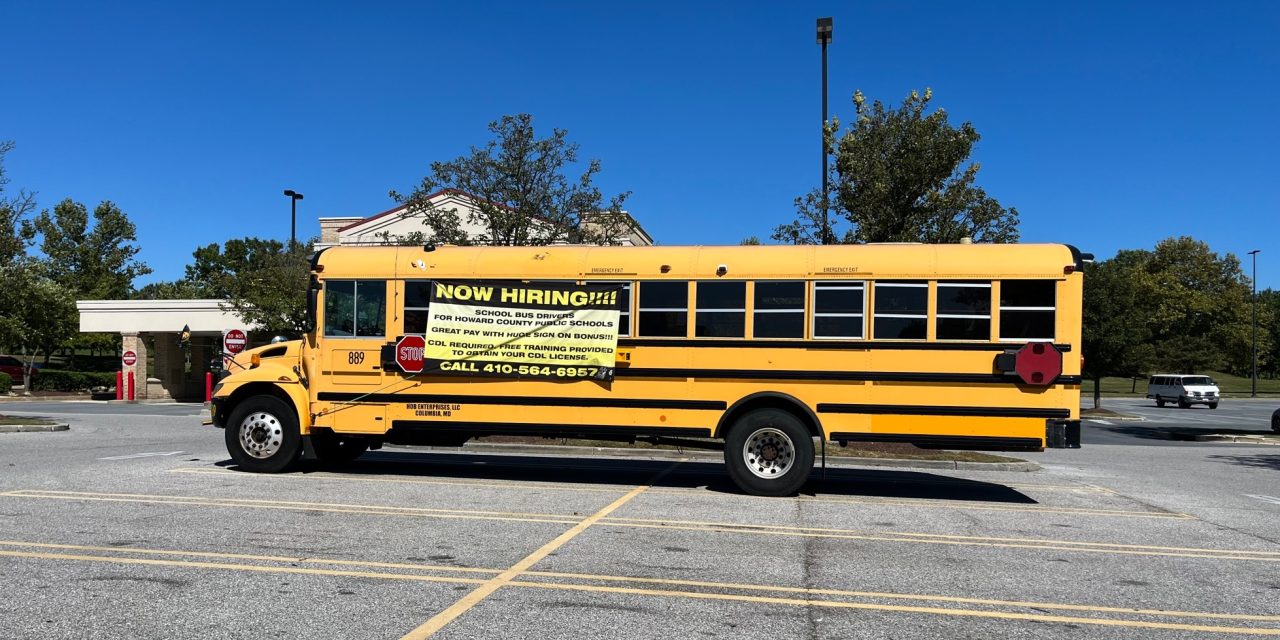 As the school year begins, not only is there a shortage of teachers but bus drivers as well. This bus was parked at the Walmart in Columbia. MarylandReporter.com photo

KITTLEMAN VS. BALL REMATCH: Allan Kittleman would love to be Howard County executive again. So would current County Executive Calvin Ball. To achieve Republican Kittleman’s ambition he must defeat the same Democrat who thwarted his hope for a second term four years ago. Surprisingly, without any polling data to support his dim view of Ball’s tenure, Kittleman got into the race last year and has spent much of the time trying to persuade the populace that Ball has done a crummy job. It’s a bit of a role switch for the typically mild-mannered and sunny Kittleman, a libertarian conservative who tends to look on the bright side of things. Len Lazarick/The Business Monthly in MarylandReporter.com

DONATIONS FROM DEVELOPERS IN ANNE ARUNDEL EXEC RACE: As candidates submitted campaign finance information this week, Republican county executive candidate Jessica Haire criticized Steuart Pittman for accepting donations from developers and helping with a tax break, after she was berated by Pittman and community organizations for accepting tens of thousands of dollars from a Silver Spring developer and its employees. Dana Munro/Capital Gazette

MOORE CAMPAIGN RELYING ON OUT OF STATE DONORS: Wes Moore’s campaign is continuing the trend of Maryland Democrats relying on out of state funds to get elected, with Moore having raised more money from out of state than Dan Cox in the most recent campaign finance reports. Moore/Miller received over 41% of their total receipts from outside the state, while Cox/Schifanelli raised less than 10% of their total dollars from outside Maryland. Brian Griffiths/The Duckpin

QUESTIONS EMERGE ABOUT THE FUTURE OF STATE CENTER UNDER CITY OWNERSHIP: Stakeholders greeted the news that Maryland officials plan to hand off the State Center complex for redevelopment with skepticism, questions, and hope as they brought attention to the high costs of demolition, dashed past planning and lack of a clear path forward. Emily Opilo/Baltimore Sun

BALTIMORE MAGAZINE ‘BEST OF BALTIMORE’ PARTY BEING INVESTIGATED FOR ILLNESS OUTBREAK: Health officials are investigating a potential illness outbreak reported by people who attended the Best of Baltimore Party on Aug. 18 at the American Visionary Art Museum. The Baltimore magazine event included samples of food from some of the winners of the Best in Baltimore contest, as well as dancing and drinks. Cassidy Jensen and Christine Condon/Baltimore Sun

FREDERICK EXAMINES RELIGIOUS EXPRESSION IN SCHOOLS POLICY AFTER SUPREME COURT RULING: The Frederick County Board of Education is weighing tweaks to its policy on religious expression in the wake of a Supreme Court decision that backed a high school football coach who knelt and prayed on the 50-yard line after games. Jillian Atelsek/Frederick News-Post

COMMENTARY: PAYING OFF STUDENT LOANS HELPS, NOT HATES, OUR NEIGHBORS: A tweet goes viral reminding that Americans have long paid for services they don’t use: “Black Americans paid taxes during segregation for pools they weren’t allowed to swim in, fountains they couldn’t drink from and buses they had to ride in the back of. So…miss me with this “Why am I paying for school I didn’t go to?’ At least this is about uplift, not hate.” Leslie Gray Streeter/Baltimore Banner 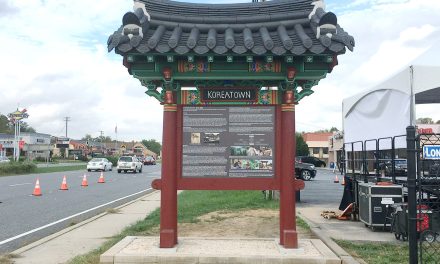