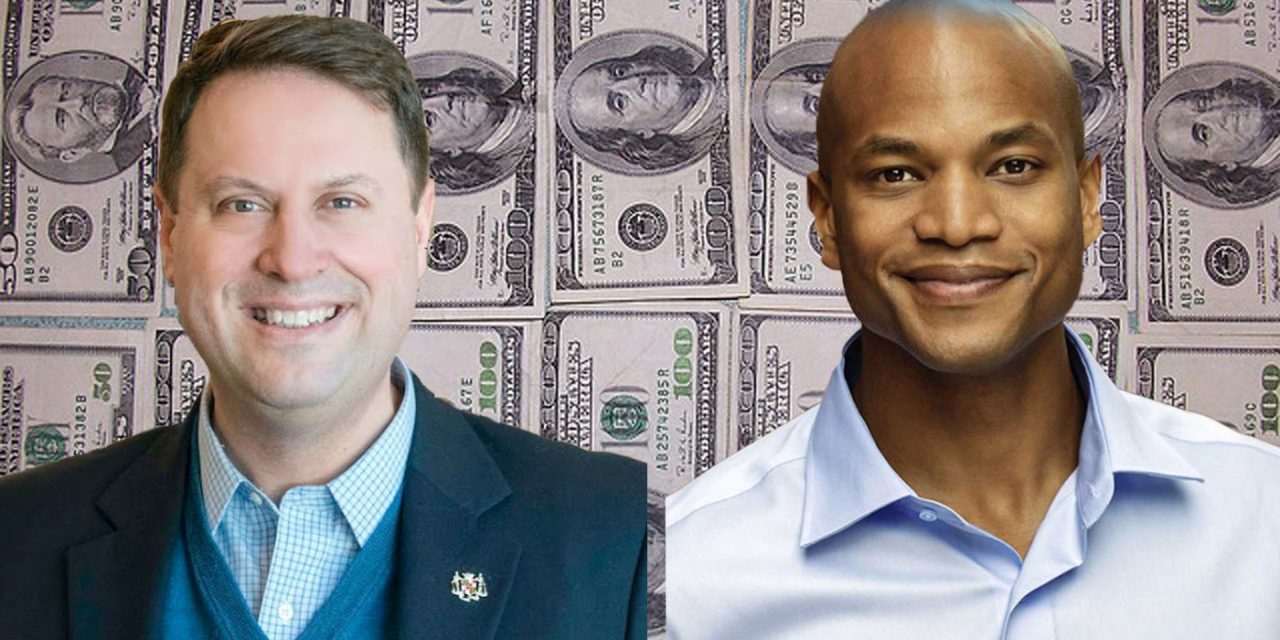 BLAIR SETS NEW SPENDING RECORD; BREAKS HIS EARLIER ONE: Potomac businessman David Blair – who lost his bid to oust incumbent Marc Elrich by 32 votes in the July Democratic primary for county executive – set a new record for spending in that contest, according to a campaign finance disclosure report filed late Monday with the State Board of Elections. Blair ended up breaking his own spending record from the 2018 county executive primary. In both races, most of the millions he spent came out of his own pocket. Louis Peck/Bethesda Beat.

OPINION: DAN COX UNFIT TO GOVERN: There was already plenty of evidence that Del. Dan Cox, the Republican gubernatorial nominee, is unfit to lead Maryland. But now we learn that Cox had been an active poster on Gab, one of the internet’s better-known and most nauseating cesspools of conspiracy-mongering, florid antisemitism and white supremacist hate speech. The Editorial Board/The Washington Post.

STATE IG: ETHICS REPORT ON PG SCHOOL BOARD ‘FACTUALLY INACCURATE:’ An ethics report that implicated wrongdoing by a majority of the elected members of the Prince George’s County Board of Education last year misattributed or ignored contradictory information and included opinion-based conclusions and inaccuracies, according to a damning new review by Maryland’s inspector general for education. Danielle Gaines/Maryland Matters.

LATE HYATTSVILLE MAYOR ACCUSED OF EMBEZZLEMENT: Kevin Ward, a beloved mayor of Hyattsville whose death by suicide this year shocked his family and community, had been accused of embezzling millions of dollars from one of the largest charter networks in the District, according to a complaint filed by federal prosecutors. Lauren Lumpkin and Katie Mettler/The Washington Post.

HISTORY SAYS, TERM LIMITS IN B’MORE HAVE GOOD CHANCE OF PASSING: Ballot questions in Baltimore almost never fail. Over the past two decades, more than 100 questions have been put to city voters. During that time, voters have rejected only one question, a 2004 effort to lower the minimum age to become a council member. That makes the odds high that Baltimore voters will approve a proposed two-term limit for the city’s top elected officials. Emily Opilo/The Baltimore Sun.

PORTION OF THURGOOD MARSHALL STATUE DAMAGED: After some cracking was discovered near the top of the columns that stand behind the statue of Thurgood Marshall on Lawyers Mall in front of the Maryland State House, the columns and the tablets on top of them were placed in storage last week, state officials say. Dana Munro/The Capital Gazette.

UM COLLEGE PARK TO RAISE STUDENT WORKER SALARIES: The University of Maryland, College Park, will be increasing its minimum wage for students workers to $15 an hour beginning in 2023, the school’s president said. Johanna Alonso/The Daily Record.

FORMER DEL. SMIGIEL DIES AT 64: Former Del. Michael D. “Mike” Smigiel Sr., a Republican whose ardent support for gun rights and the death penalty gained him respect without costing him the affection of his Democratic colleagues, died Sunday of heart disease. He was 64. Steve Lash/The Daily Record.