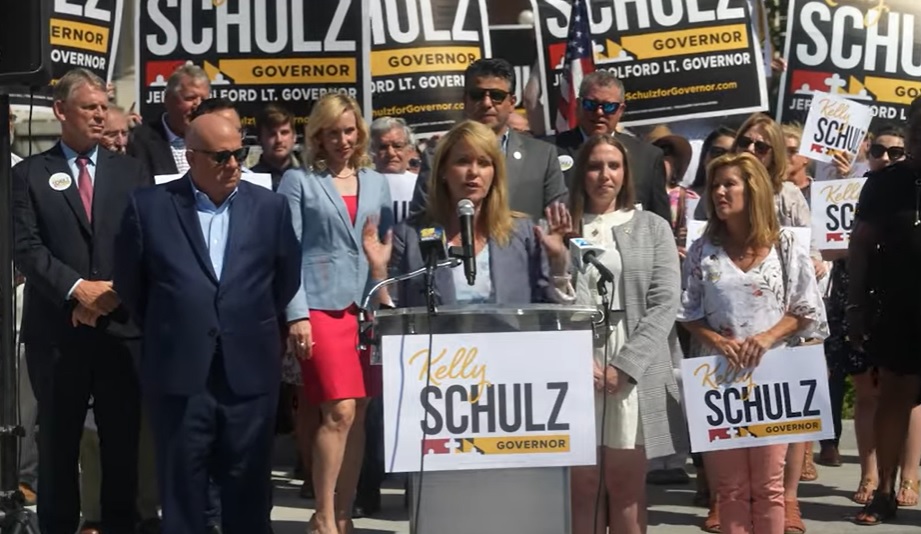 DEMS BUY ADS FOR SCHULZ PRIMARY OPPONENT: Pushing back on a national trend among Democratic groups, Maryland gubernatorial candidate Kelly Schulz is raising the alarm over an effort to help her GOP primary opponent with $1 million in television ads. The Democratic Governors Association is funneling money into the state to support Cox in the primary expecting that he will be easier for the eventual Democratic nominee to beat in November. Hannah Gaskill and Sam Janesch/Baltimore Sun

CRAB LIMITS: Chesapeake Bay crabbers will have reduced harvest allowances for the rest of this year under limits adopted last week in response to a worrisome drop in the Bay’s population of the popular crustaceans. Jeremy Cox and Timothy Wheeler of the Bay Journal report in MarylandReporter.com.

NASTY COUNCIL RACE IN HOWARD: The Democratic race for Howard County Council in West Columbia’s District 4 has gotten nastier with a new mailer attacking incumbent Council member Deb Jung that manipulates an image of a civil rights march to criticize some of her votes. The HoCoWatchdogs blog has the story.

MCDONOUGH CHARGED WITH MISDEMEANOR THEFT FOR SIGN STEALING: Pat McDonough, a former Maryland state delegate, has been charged with misdemeanor theft after allegations he stole the campaign sign of a rival in the Republican primary race for Baltimore County executive. Alison Knezevich/Baltimore Sun

POLL SHOWS PARTISAN DIVIDE: Democrats and Republicans don’t seem to agree on much these days, but a new Goucher College poll, conducted in partnership with WYPR and The Baltimore Banner, found the majority of voters in both political parties thought that the rule of law in the U.S. and democracy itself is under threat. Rachel Baye/WYPR