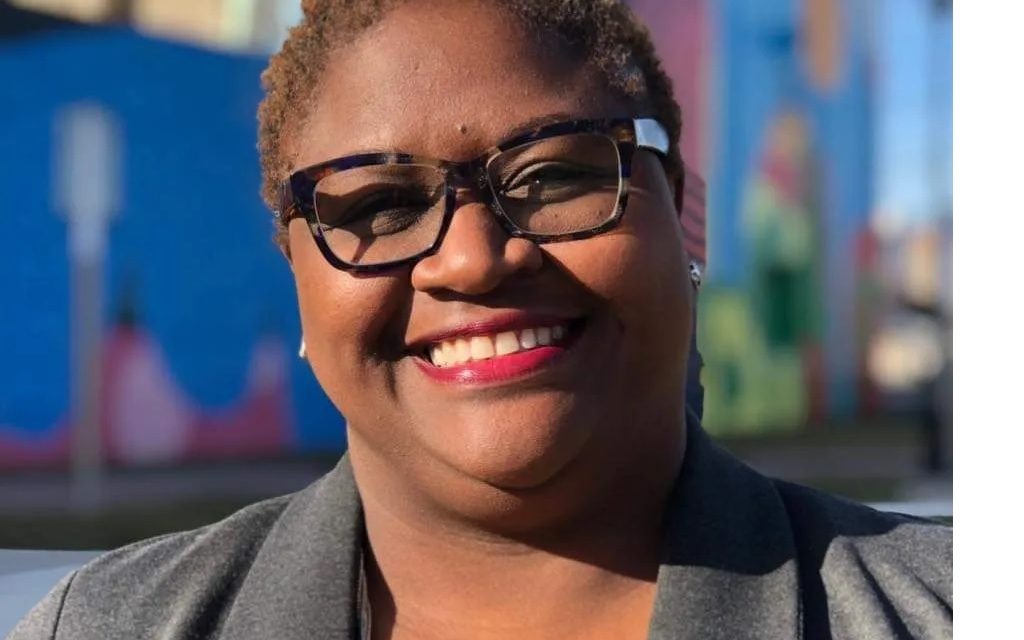 Brenda Thiam of Hagerstown has been nominated to be the first Black Republican woman to serve in the Maryland House of Delegates. Campaign photo

REPUBLICAN LEGISLATORS KNOCK POLICE BILL HEARINGS: Senate Judicial Proceedings Committee Chair Will Smith, D-Montgomery, is moving forward with a series of hearings on bills aimed at addressing police misconduct that Republicans claim would hinder law enforcement at a time of near-unprecedented violence in Baltimore City, Bryan Renbaum reports in Maryland Reporter. “The point of these hearings … is to put our committee in a position to take quick action once we come back in January,” Smith told MarylandReporter.com in an interview on Monday.

JOBLESS CLAIMS PORTAL PROBLEMS CONTINUE: Many Marylanders who anxiously awaited the launch of BEACON 2.0, the makeover of the state’s unemployment insurance web portal that debuted Sunday, find it’s still not helping resolve their difficulties with claims, Hallie Miller reports for the Sun. The new site was designed to provide a “one-stop shop” for those requesting benefits from the state, but several claimants said the new portal looks and acts only marginally different from its predecessor.

THIAM SET TO BECOME 1st BLACK WOMAN REPUBLICAN IN LEGISLATURE: Dr. Brenda Thiam is positioned to become the first Republican African American woman to serve in Maryland’s legislature, according to the Washington County Republican Central Committee, McKenna Oxenden of the Sun reports. The committee nominated Thiam for the District 2B seat in the House of Delegates on Monday.

GA LEADERS, ‘MOCK’ SESSION ACTIVISTS SPLIT OVER WHAT HAPPENED: Days after the presiding officers of the Maryland General Assembly crashed a “mock” special legislative session designed to pressure them to schedule a real one, legislative leaders and progressive activists seem to have a different interpretation of what transpired in an Annapolis field last Wednesday night, Josh Kurtz reports in Maryland Matters.

NO LABOR DAY SPIKE IN COVID CASES SEEN: Two weeks after Labor Day weekend, Maryland appears to have avoided a spike in coronavirus cases, and has seen its positivity rate continue to set new low marks, Ben Leonard of the Sun reports. Maryland reported 412 new cases of the coronavirus Monday and four more deaths due to COVID-19, the disease the virus causes. The state now has reported single-digit deaths in 16 out of the past 17 days.

ED BOARD MEMBERS DISAGREE ON REOPENING: State Board of Education members disagreed Monday about whether schools should reopen, even as some parents, eager for a return to classrooms, are “crying out for help” from the state panel because they feel they aren’t being heard locally, a board member told Elizabeth Shwe for Maryland Matters.

HOWARD TAGS $1.3M FOR VIRTUAL LEARNING: Howard County Executive Calvin Ball on Monday announced another allocation of the federal funds the county received as part of the CARES Act amid the coronavirus pandemic. At a news conference, Ball said $1.3 million would be going toward HoCo STRIVES — Strategies to Reach an Inclusive Vision and Equitable Solutions — a countywide initiative to help children and families with virtual learning, Ana Faguy of the Howard County Times reports.

BA CO PREDICTS 24,000 EVICTION ATTEMPTS: Baltimore County officials are estimating the county could see as many as 24,000 eviction filings in a single month once courts get up to speed processing claims, so county officials are setting aside assistance money and the County Council is considering a bill to protect renters during the pandemic, Wilborn Nobles reports for the Sun.

CITY POLICE CHIEF CONCERNED ABOUT MONUMENT PLACEMENT: Baltimore Police Commissioner Michael Harrison said Monday that he’s concerned about a City Council bill to create a monument for victims of police violence that would be near a memorial to fallen officers. Talia Richman of the Sun reports that the council still voted 10-4 at its Monday night meeting to approve the legislation.

EX B’MORE MAYORS AGAINST RESTRUCTURING GOV’T: A panel of Baltimore’s former mayors spoke out against two proposals to restructure local government, both of which have been championed by the Democratic nominee for the city’s top job. Sheila Dixon, Martin O’Malley, Stephanie Rawlings-Blake and Kurt Schmoke joined the Greater Baltimore Committee for an online discussion Monday of what they learned during their tenures, reports Talia Richman in the Sun.

BETTER CROSS-JURISDICTION COMMUNICATION PROMISED: Montgomery County and Loudoun County, Va., have promised to improve communication between their fire and rescue services following the drowning death of a teenager in the Potomac River this summer, Dan Schere of Bethesda Beat reports.