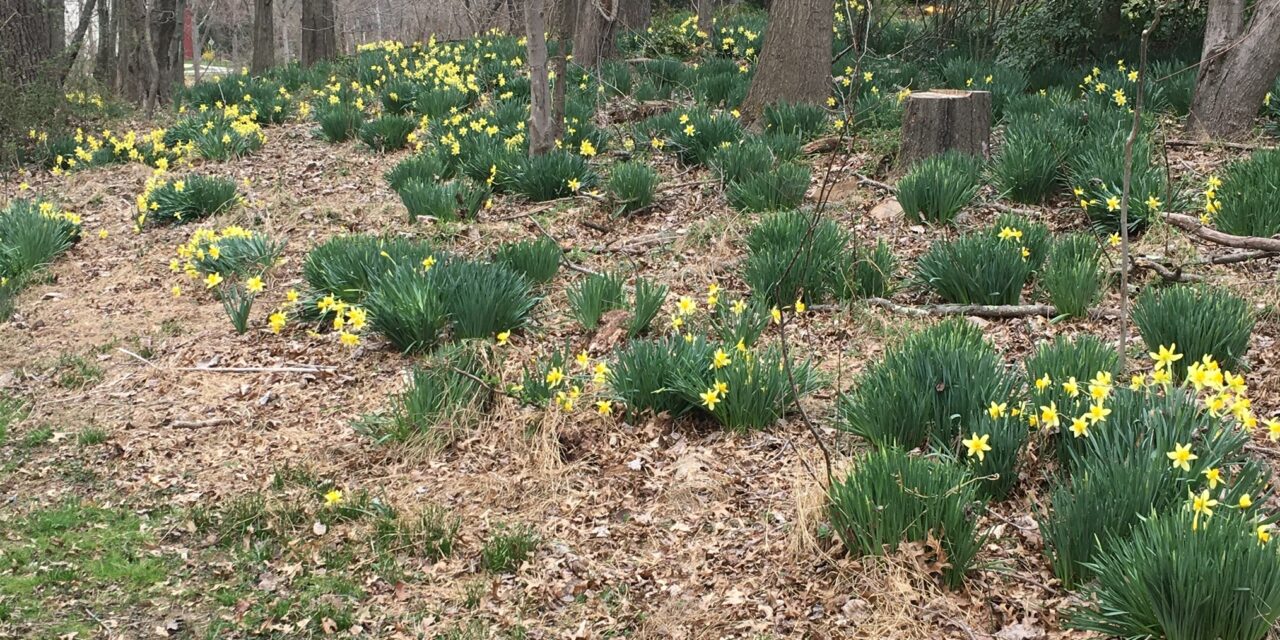 MARYLAND ADDED 3,200 JOBS IN FEBRUARY: Maryland’s economy added 3,200 private sector jobs in February and the state’s unemployment rate decreased from 6.4% to 6.2%, according to preliminary data released by the U.S. Department of Labor’s Bureau of Labor Statistics on Friday morning, Bryan Renbaum of Maryland Reporter writes.

DR. REDFIELD UNDER FIRE FOR WUHAN LAB COMMENT: Dr. Robert Redfield, who led the U.S. Centers for Disease Control and Prevention under former President Donald Trump and now serves as an unpaid adviser to Gov. Larry Hogan, said he believes the coronavirus “most likely” escaped from a lab in Wuhan, China — a claim that remains unproved, Hallie Miller, Bryn Stole and Pamela Wood of the Sun report.

NAME CHANGE ON TAP FOR STATE’s HIGHEST COURTS: Persistent public confusion over the name of Maryland’s highest court, the Maryland Court of Appeals, is prompting lawmakers to pursue putting a constitutional amendment before voters that would rebrand the centuries-old institution as the Supreme Court of Maryland, Bryn Stole of the Sun reports. The ballot measure would also redub the Maryland Court of Special Appeals, which considers appeals from circuit courts around the state, as the Appellate Court of Maryland.

LAWMAKERS URGE MORE SCRUTINY IN P3s: As Maryland pursues private investors to add toll lanes to the Capital Beltway and Interstate 270, some lawmakers say more scrutiny is needed before partnering with the private sector in decades-long deals worth billions, Katherine Shaver of the Post reports.

OPINION: ENSURING THE RIGHT TO VOTE: In an op-ed for Maryland Matters, Lois Hybland and Richard Willson of the League of Women Voters write that the organization has been working to shore up the fundament right to vote of formerly incarcerated or some currently jailed people to pass HB 222 – The Value My Vote Act. HB 222 addresses two impediments to voting by requiring statewide collaboration between state and local correctional facilities to provide those leaving incarceration with a voter registration application and documentation that their voting rights have been restored.

KRAMER DELAYS VOTE ON 2 ALCOHOL PANEL NOMINEES: When the General Assembly concluded months of contentious debate by voting in 2019 to transfer regulation of alcohol and tobacco from the state comptroller’s office to a new entity in the governor’s office, state Sen. Ben Kramer (D-Montgomery) was at the center of the effort. But now that that transition is almost complete, he has delayed a vote on two of five nominees, Josh Kurtz of Maryland Matters reports.

POLITICAL NEWCOMER, POLICY VETERAN EYES RUN FOR GOV: When Woody McCutchen, a veteran foundation leader, grants administrator and government official, heard that his old friend Jon Baron was thinking of running for governor in 2022, he was of two minds, writes Josh Kurtz for Maryland Matters. McCutchen said,. “There’s the public facing, the highly visible elements of politics — I don’t know how well he’ll do there. The actual down and dirty in the trenches world, the policy, how you get it implemented — he’s very well suited for that.”

COVID CASES UP FOR 5th DAY: State health officials reported more than 1,000 new coronavirus cases for the fifth consecutive day Sunday as Maryland’s positivity rate rose again despite more than 51,000 doses of the available vaccines being administered over the past 24 hours, Phil Davis of the Sun reports.

HOPKINS PARTNERS WITH BLACK CHURCHES TO GET OUT VAXX: While vaccines are becoming more widely available some people are finding that appointments are becoming more and more scarce. Johns Hopkins is partnering with black churches in different communities to get vaccines to vulnerable populations, Michelle Richardson of WMAR-TV reports.

B’MORE AREA SCHOOLS TO CONSIDER CDC GUIDELINES: Baltimore-area school districts say they will consider the Centers for Disease Control and Prevention’s newest recommendations for social distancing in schools, but stopped short of saying the guidelines will accelerate a return to in-person instruction, Lillian Reed of the Sun reports.

CARROLL SCHOOLS WON’T HOLD PROMS; PARENTS STEP IN: Eric King, the director of high schools for Carroll County Public Schools, said he is not against fun, but holding proms this spring would be problematic due to the coronavirus pandemic. In response, some parent-led groups are planning to hold their own, private proms, not affiliated with CCPS, Kristen Griffith of the Carroll County Times reports.

$1M ANNUALLY IN CITY SCHOOLS AUDITS NEVER SEEN: Rielle Creighton of WBFF-TV reports that Kim Trueheart is a child advocate who has been asking tough questions about Baltimore city schools for years. Sunday she released her own files, documents, request for information to the school board about school audits dating back over seven years, when Trueheart says she noticed something unusual in the city schools budget. “The budget revealed that a million dollars was being spent a year to do audits but I had never seen any of the audit reports,” she said.

HORSE FOUNDATION SEEKS TO RAISE $1M FOR LIBRARY, ED CENTER: The horse industry’s importance to Maryland, featuring 28,000 jobs and 16,000 horse farms and stables, will be recognized if an effort to raise $1 million to build a library and educational center in Reisterstown proves successful, Cameron Goodnight of Sun Media reports.