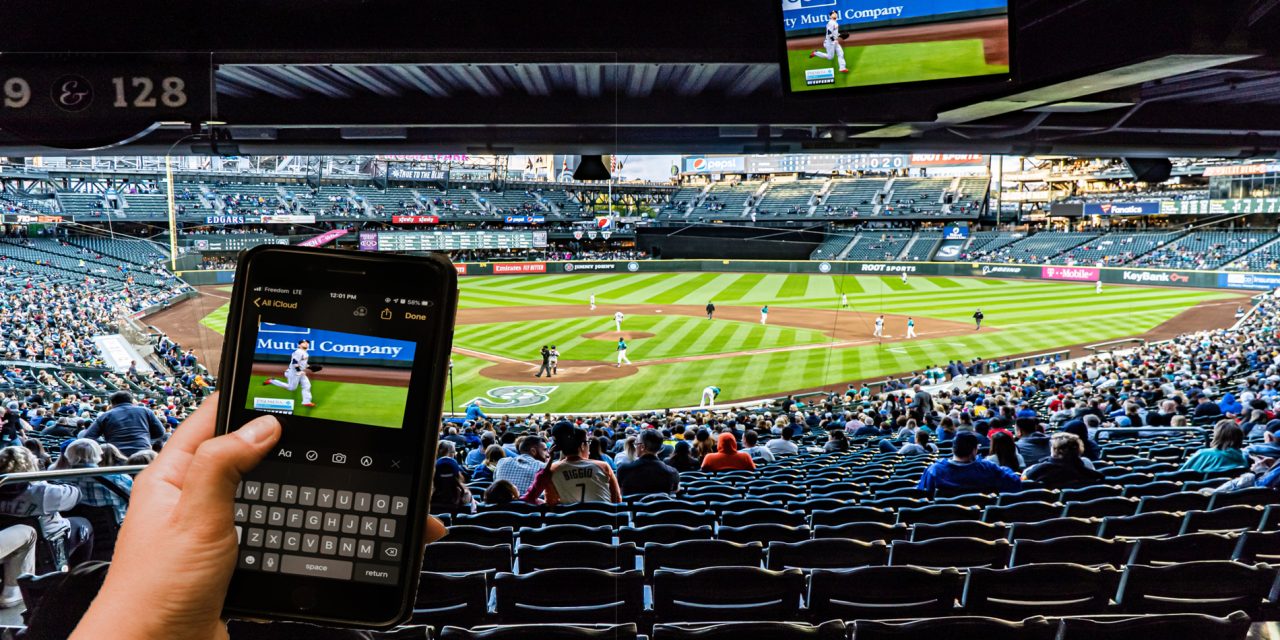 Mobile sports betting is moving forward but without gender and race criteria. Photos by Priscilla Du Preez and Sun Shin on Unsplash. Illustration by Cynthia Prairie.

ANGELOS WIFE: CLAIM THAT SON WOULD MOVE O’s IS ‘FALSE …DIVISIVE:’ Claims that the Baltimore Orioles might leave the city are “false and intentionally divisive,” said Georgia Kousouris Angelos, wife of longtime former Baltimore Orioles owner Peter Angelos and mother of the team’s current chairman and CEO John Angelos. In a statement Wednesday, Georgia Angelos said she wanted to “set the record straight” regarding the “false and painful” allegations made by her son Louis Angelos in a lawsuit he brought against Georgia and John last Thursday. Marcus Dieterle/Baltimore Fishbowl.

FULL COFFERS, DEM GOV HOPEFULS EXPECTED TO LAUNCH AD BLITZES: Democrats in a crowded race for governor are about to unleash their war chests to vie for the attention of voters who have yet to tune in. Six candidates have the resources to mount significant television ad campaigns before the July 19 contest, according to campaign finance reports released this week. Ovetta Wiggins and Erin Cox/The Washington Post.

OPINION: ODD COX EXPENDITURE REPORT: Anytime you look at the expenditures for a campaign finance entity, you can get an insight as to how a campaign is being run and what the campaign is prioritizing. In the case of Dan Cox and his campaign, his expenditure report is a case of questionable choices and bad bookkeeping. Brian Griffiths/The Duckpin.

THE YOUGH: AN ENVIRONMENTAL AUTHOR EXPLORES, AGAIN: Tim Palmer is eager to revisit Garrett County this fall as he researches for an update to his 1984 book, “Youghiogheny: Appalachian River.” Palmer talked of sections proposed for trail development along protected areas of the Yough, which is considered a Scenic and Wild River by the Maryland Department of Natural Resources. This year, the Maryland General Assembly set aside $4.7 million for trails. Palmer said the precautionary principle should apply. Teresa McMinn/The Cumberland Times News.

CARROLL JUDGES REFUSE TO HEAR CASES OVER CREDIBILITY ISSUES: The Carroll County legal community is reeling over a decision by the county’s four circuit court judges to refuse to hear cases presented by acting State’s Attorney Allan Culver and the resignation of Deputy State’s Attorney Edward Coyne. The move came after one judge expressed outrage during a hearing that revealed both Coyne and Culver had knowledge that a Carroll County Sheriff’s deputy had potential credibility issues — information that was not shared with other prosecutors or defense attorneys. Lilly Price/The Carroll County Times.

COMPETITIVE FUND-RAISING IN COUNTY EXEC RACES: Some of the most hard-fought elections in Maryland this year will be races for county executive in the state’s largest jurisdictions, including Frederick, Howard, Montgomery and Harford. Fund-raising is going strong. Josh Kurtz/Maryland Matters.

ANALYSIS: ROOMS WITH A HISTORIC VIEW: Sen. Amy Klobuchar noticed right away as the male senators glanced around, wondering how their bipartisan prayer breakfast meeting room had all these pictures of women, powerful women. Where, they wondered, did all this come from? “Well, this is the Barbara Mikulski room now,” the Democrat from Minnesota told them. For the first time in more than 230 years of Senate history, two rooms were formally named last week in honor of women, including Maryland’s former senator, Barbara Mikulski, the longest-serving female senator. Paul Kane/The Washington Post.

SUPPORTERS OF BA CO SUPER SPEAK OUT: Public figures and community members spoke up at the Tuesday night meeting amid debate over whether Darryl Williams should continue as Baltimore County Schools superintendent, with many acknowledging their support for Williams. Sabrina LeBoeuf and Lillian Reed/The Baltimore Sun.