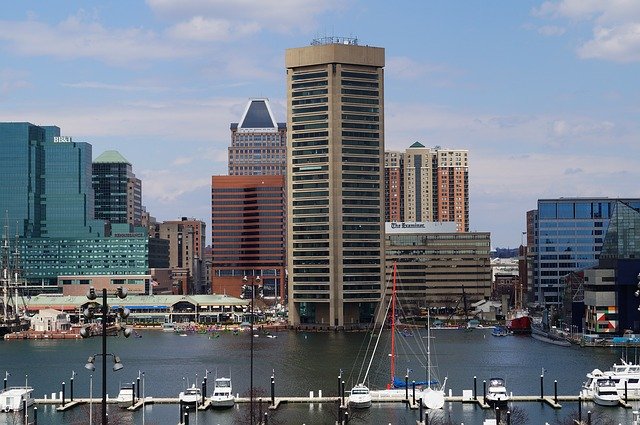 Downtown Baltimore will get a boost from 3,3000 state employees being moved there. Image by Bruce Emmerling from Pixabay

HOGAN TO MOVE 3,300 STATE WORKERS TO B’MORE DISTRICT: In an attempt to help revitalize Baltimore’s downtown central business district the state plans to relocate more than 3,000 of its employees to offices in that area of the city, Gov. Larry Hogan said Monday. In all the proposal will affect 3,300 state employees from a dozen agencies and will be funded with $50 million in federal funds, Bryan Renbaum reports in Maryland Reporter.

STALLED COUNTY ELECTION REFORM BILL TO RETURN: Maryland lawmakers considered but failed to embrace legislation that would have prohibited a local election practice that critics say has been used to systematically disenfranchise racial and other minorities, Bruce DePuyt of Maryland Matters reports.

BOARD RECOMMENDS STEADY STATE PROPERTY TAX RATE: An advisory board recommended Monday that the state keep its property tax rate steady for the 15th straight year, but some members held out hope that a small decrease could be in store, Danielle Gaines reports for Maryland Matters.

JEWISH LAWMAKERS PROTEST DEL. COX’s COMMENTS: A Maryland lawmaker whose floor speech on a mental health bill included controversial references to the Holocaust may be ignoring a letter of protest sent by his Jewish colleagues in the General Assembly. The April 9 letter demanded an apology from Del. Daniel L. Cox (R-Frederick), Bruce DePuyt reports for Maryland Matters.

EMERGENT STOPS J&J VAXX PRODUCTION: Emergent BioSolutions confirmed Monday that it has temporarily stopped production of the Johnson & Johnson COVID-19 vaccine at its East Baltimore plant at the request of government regulators looking into a mistake at the facility that led to the disposal of millions of doses, Meredith Cohn of the Sun reports.

PG SHIFTS POLICE FUNDS FOR MENTAL HEALTH CENTER: Prince George’s County officials celebrated the groundbreaking Monday for a behavioral health center that is being constructed with funds diverted from a police training facility, part of the county’s response to nationwide calls for racial and social justice, Rachel Chason of the Post reports.

CARROLL SHERIFF’S BODY CAMS MAY HAVE TO WAIT: Carroll County commissioners may delay implementation of body-worn cameras for Sheriff’s Office personnel as they finalize the county’s fiscal year 2022 budget, Bob Blubaugh reports for the Carroll County Times. Funding for the devices had been included in the coming year’s budget, but many changes have been made during work sessions as the Board of Commissioners sought to reduce expenditures.

STATE SUES COLUMBIA FIRM OVER DISCHARGE: Maryland sued a Columbia-based waste management and recycling company for an estimated $2.1 million Monday, claiming the company operated without permits for most of last year and violated a stormwater discharge agreement at a site in Pasadena, Brooks DuBose reports for the Capital Gazette.

BLINKEN ADDRESSES CLIMATE CHANGE, FOREIGN POLICY: Standing with the Chesapeake Bay as a backdrop, U.S. Secretary of State Antony Blinken laid out how the Biden administration will adjust foreign policy to incorporate goals of dealing with climate change, Rick Hutzell reports for the Capital Gazette. Blinken, speaking Monday at a closed event at the Chesapeake Bay Foundation building in Annapolis, said that without action climate change would continue to melt glaciers and raise sea level so that the area where he stood would be underwater in 60 years.

PAGNUCCO JOINS BLAIR CAMPAIGN FOR MO CO EXEC: Adam Pagnucco, who has been writing for Seventh State political blog for quite awhile, has announced that he is leaving the post “for the foreseeable future” to join David Blair’s campaign for Montgomery County executive. “I can’t work for a campaign and simultaneously write about it, or issues connected to it, for the public. So it’s time for me to go, at least for now.” 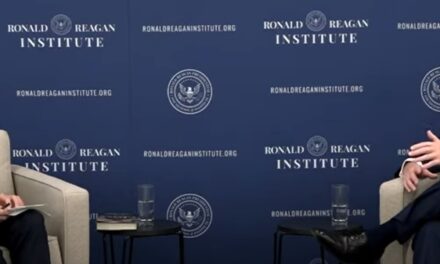