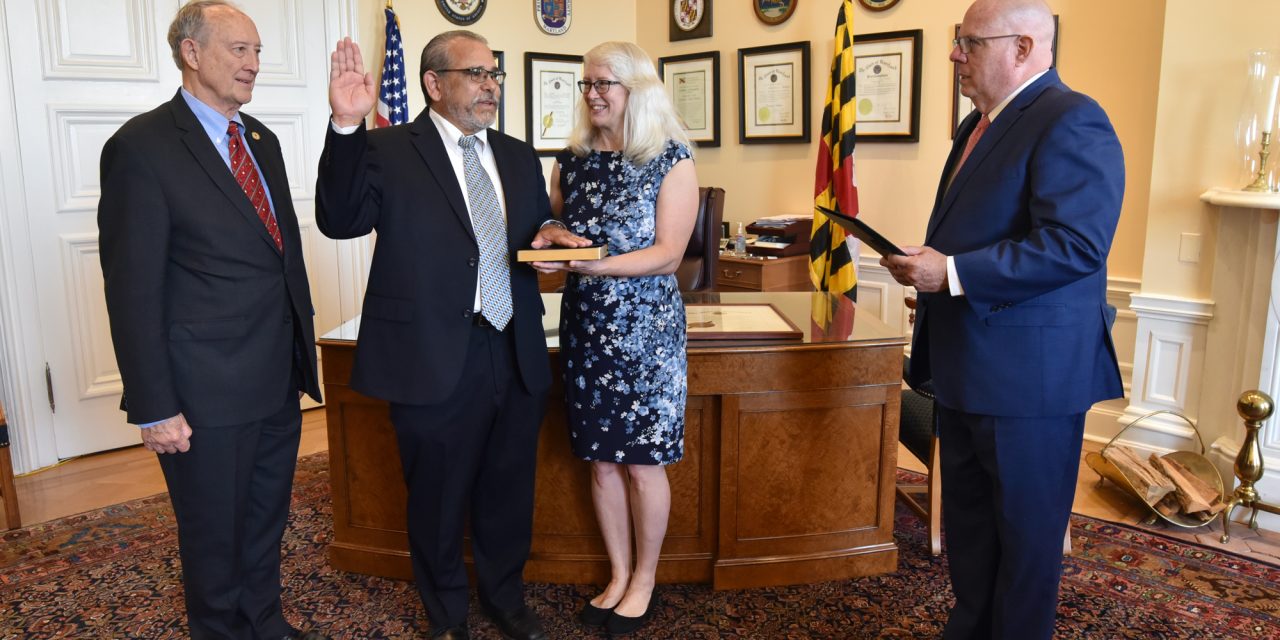 NEW MDE SECRETARY: Horatio Tablada is sworn in as Secretary of the Maryland Department of the Environment by Gov. Larry Hogan on Wednesday. He replaces Ben Grumbles. Governor's Office photo by Patrick Siebert. 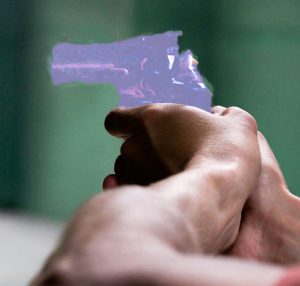 STATE TO GET $15.8M FOR RAILROAD UPGRADES: The U.S. government is doling out millions of dollars to railroad projects throughout the country in hopes of improving supply chains and passenger rail service, including up to $15.8 million for Maryland to add four new working tracks and two crane rail beams within the Port of Baltimore’s Seagirt Marine Terminal. Jennifer Shutt/Maryland Matters.

GOV CANDIDATES BEGIN TO ADDRESS CRIME: Candidates for governor from both parties are focusing on crime and violence as an issue in the upcoming elections, and are weighing in on crime and how they would fight it as governor. Bryn Stole/The Baltimore Sun.

OPINION: COX SUIT AGAINST HOGAN ENDING WITH A WHIMPER: The U.S. Court of Appeals for the Fourth Circuit, in an unsigned May 9 ruling without oral argument, upheld a dismissal of Del. Dan Cox’s suit against Gov. Larry Hogan’s Covid restrictions, in which Cox claimed Hogan had overstepped the law and the Constitution in his use of emergency health powers. That lawsuit, which was joined by two other Republican members of the Maryland General Assembly, now appears likely to end with a whimper absent a bid for what would truly be a long-shot Supreme Court review. Walter Olson of the Cato Institute/Maryland Reporter.

OPINION: WILD YOUGHIOGHENY AT AN INFLECTION POINT: In Western Maryland, we love our rivers and our bike trails. They drive some of the tourism in the area and allow us to get in tune with nature. So, combining a wild river, like the Youghiogheny, and a bike and walking path, like Eastern Continental Divide Loop Trail, is an obvious call, right? Editorial Board/The Cumberland Times News.

PILOT PROGRAM FINDS NEW DRUG SCOURGE: Nurses at about eight needle exchange programs in Maryland have been mailing swabs collected from users of street drugs to the National Institute of Standards and Technology in Gaithersburg since October. The findings have revealed a new scourge in the long-running drug epidemic: xylazine, an animal tranquilizer. Federal officials believe they are gaining unique and detailed information from the program, which is operating just in Maryland as a pilot. Meredith Cohn/The Baltimore Sun.

MOSBY SEEKS TO FILE MOTIONS TO DISMISS PERJURY COUNTS: Marilyn Mosby’s defense team is asking for permission from the court to file motions to dismiss two perjury counts against her, according to court documents published Wednesday. Tim Swift/WBFF-TV News.

FREDERICK COUNCIL CONSIDERS HANDLING MISCONDUCT OF MEMBERS: The Frederick County Council might add to its Rules of Procedure a process for handling misconduct allegations against council members, including public trials. After former Frederick Alderman Roger Wilson was accused in 2020 of sexual misconduct, people asked the County Council about how it would respond to a similar situation, said Council President M.C. Keegan-Ayer, D, who sponsored the rule change. Jack Hogan/The Frederick News Post.