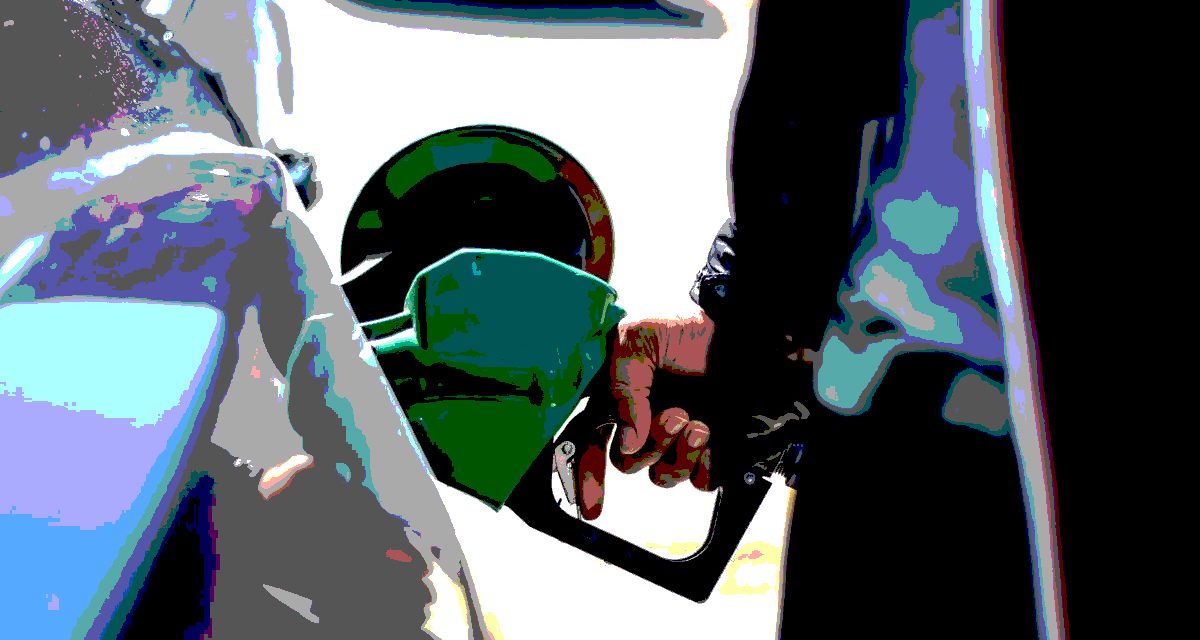 As an automatic gas tax increase is set to go into effect in Maryland, Gov. Larry Hogan and Comptroller Peter Franchot look to one another to do something about it. CNS file photo. Illustration by Cynthia Prairie.

PAUSE IN GAS TAX HIKE? YOU DO IT. NO, YOU DO IT: Gov. Larry Hogan and Comptroller Peter Franchot both said Monday they want a reprieve from an upcoming increase to the state’s gas tax — and they’re each pointing at the other to get it done. The tax, which is tied to inflation, is scheduled to increase automatically from around 36 cents to about 43 cents per gallon on July 1 as drivers are continuing to feel a squeeze on skyrocketing prices at the pump. Sam Janesch/The Baltimore Sun.

PRESCRIPTION DRUG PANEL TARGETS COST ‘UPPER LIMITS’: How much is too much? Maryland’s Prescription Drug Affordability Board sharpened its focus Monday on establishing a process to impose upper price limits for some prescription drugs in the state. Maryland, a pioneer in establishing a cost control board for medications, has no definition for “upper payment limits” within its state code. Hannah Gaskill/Maryland Matters.

HOUSE GOP BLASTS FROSH FOR NOT SUING BIDEN: Maryland House Republicans assailed the state’s Democratic attorney general Monday for not suing President Joe Biden with the same gusto he took on President Donald Trump in court for federal actions perceived to harm the state or its residents. The GOP House Caucus stated that Brian E. Frosh has not sued Biden and his Democratic administration for what the GOP alleges are the president’s offenses against Marylanders, including a relaxation of Trump-era immigration restrictions that the Republicans claim stanched the COVID-19 pandemic and opioid epidemic. Steve Lash/The Daily Record.

WITH LACK OF INDIE POLLING, VOTERS IN THE DARK: Maryland voters will begin casting mail-in ballots early next month and the primary is less than 60 days away. But what’s going on in the race for governor? The lack of independent polling has left journalists, debate planners and — most importantly — voters in the dark about the Democratic and Republican primary contests that will shape the general election in November. Bruce DePuyt/Maryland Matters.

HOWARD MAN GETS 3 YEARS IN JAN. 6 INSURRECTION: A Howard County man who sprayed a fire extinguisher at police officers during some of the most intense rioting at the U.S. Capitol on Jan. 6, 2021, was sentenced Monday to nearly three years in prison. Matthew Ryan Miller, 23, of Cooksville was draped in a Confederate flag when he threw a full beer can in the direction of the Capitol building as a mob gathered on the west side of the U.S. Capitol, a news release from the U.S. Attorney’s Office District of Columbia says. Ngan Ho/Baltimore Sun Media.

SCOTUS STORIES: THE WOMAN BEHIND THE LEAK PROBE: When Gail Curley began her job as marshal of the U.S. Supreme Court less than a year ago, she would have expected to work mostly behind the scenes. But now the Baltimore native is investigating the leak of a preliminary Supreme Court opinion. Exerts say leaking the draft opinion likely wasn’t a crime, and Curley’s investigative tools are limited. Jessica Gresko/The Associated Press.