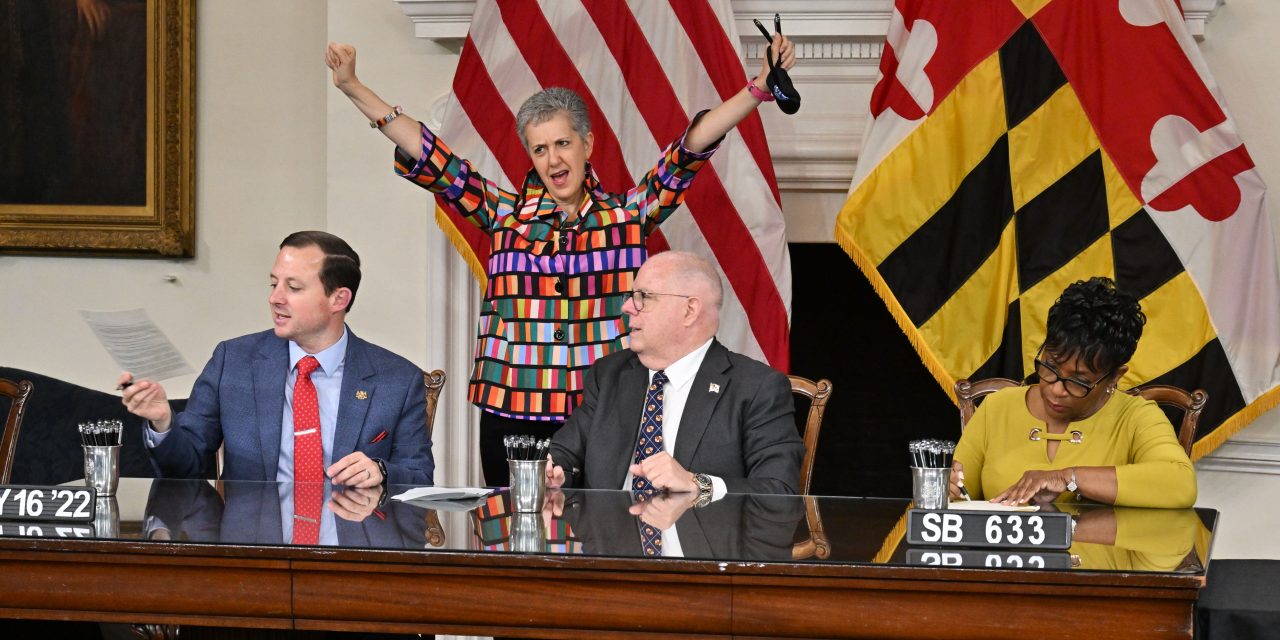 BILL SIGNED TO GIVE MOTORISTS RELIEF FROM GLITCHY VIDEO TOLLS: Motorists subjected to penalties for unpaid video tolls will get some relief under a bill signed into law Monday. During the early days of the pandemic in 2020, the state expedited its move to cashless tolling. Motorists were encouraged and later required to use E-ZPass or a system that automatically bills based on digital images of license plates. The system experienced a number of glitches. Bryan Sears/The Daily Record.

SOME PARENTS PUSH BACK ON SCHOOL GENDER IDENTITY FRAMEWORK: Parents in some Maryland districts are pushing back against their school boards’ efforts to adopt a state health framework that instructs educators how to teach about gender identity. The framework broadly outlines how to teach health topics by each grade level. Nicole Asbury/The Washington Post.

VAN HOLLEN REMAINS IN HOSPITAL: U.S. Sen. Chris Van Hollen is expected to remain for a few more days at the George Washington University Hospital, where he was admitted after suffering a minor stroke while delivering a weekend speech to Western Maryland Democrats. Jeff Barker/The Baltimore Sun.

SUCCESS OF NONPROFIT RUN BY MO CO EXEC HOPEFUL BLAIR QUESTIONED: While David Blair, Montgomery County candidate for county executive, says on his campaign site that his nonprofit foundation Council of Advocacy and Policy Solutions “created and executed on numerous innovative initiatives,” a review of his nonprofit found that it fell short of reaching its goals on several projects. Other proposals to build out “attainable solutions” to county problems ended up as donations from Blair’s family foundation to outside groups. Rebecca Tan/The Washington Post.

ANOTHER PICK FOR MO CO HEALTH OFFICER BACKS OUT: For the third time, Montgomery County’s top pick for the Health Officer position has backed out, leaving the Maryland county to continue its search to fill the role that has been vacant since September. Abigail Constantino/WTOP-FM.

CARROLL TO USE ARPA FUNDS TO FOR MENTAL HEALTH CARE: Carroll County is working to use millions of dollars in federal coronavirus relief funding to increase and enhance mental health services and county residents’ access to them. Madison Bateman/The Carroll County Times.

NICK MOSBY SAYS HE HAS NO DEFENSE FUND TO RETURN: A website established to collect money for the legal defense of Baltimore City Council President Nick Mosby and State’s Attorney Marilyn Mosby now is mostly blank following the release last week of a ruling from the Baltimore Board of Ethics outlining several alleged violations of the city’s ethics code by the council president. Emily Opilo/The Baltimore Sun.

RELEASED FROM PRISON, PUGH GETS TEMP RADIO GIG: Former Baltimore Mayor Catherine Pugh made her debut back in the public eye Monday following her recent release from an Alabama federal prison. For the next two weeks, Pugh is filling in as a guest host for Larry Young, a former state senator, on his WOLB 1010 AM program, “The Larry Young Morning Show,” the radio station announced Saturday. Lilly Price/The Baltimore Sun.

ELECTRIC INDUSTRIAL VEHICLE MAKER TO OPEN PLANT IN WHITE MARSH: A New Jersey-based maker of electric-powered industrial vehicles said Monday that it plans to open an assembly plant in White Marsh in July for the next phase of its U.S. expansion. “Greenland’s innovative technologies will allow the company to easily make its mark in the mid-Atlantic and continue growing its presence throughout the nation,” Gov. Larry Hogan said Monday in announcing the company’s plans. Greenland Technologies Holding Corp. manufactures drivetrain systems for forklift trucks and other material-handling vehicles. Lorraine Mirabella/The Baltimore Sun.