DREAM ACT REFERENDUM: A new law granting in-state tuition to illegal immigrants will appear on the 2012 ballot. The State Board of Elections validated more than 63,000 signatures on petitions on Thursday – far more than the 55,000 needed to put the matter on the ballot, reports The Sun’s Annie Linskey. She blogs that the board will continue counting until they’ve gone through all 132,157 signatures submitted last week.

The success of the petition drive is “a huge victory for the voters of Maryland,” petition drive leader Del. Neil Parrott said in a Washington Times story by David Hill. So far, Parrott told the Associated Press there has been an 80 percent acceptance rate of signatures, according to a  story in the Daily Record.

The Post’s Aaron Davis reports this is the first time in 20 years that a law has been petitioned to referendum.

The Capital’s Pamela Wood blogs that there is still a potential challenge to the petitioning process from the American Civil Liberties Union.

While it is too early to guess what may come of a referendum, the Examiner’s Brian Hughes wrote that overturning the law could have nationwide political ramifications for the issue.

ANTHONY CASE INSPIRATION: Reacting to the not guilty verdicts in many counts in the Florida murder and child abuse trial of Casey Anthony, state Sen. Nancy Jacobs wants to make it a felony in Maryland for a parent or caretaker to not report the death of a child, reports the Sun’s Julie Bykowicz. WBFF has video.

Meg Tully of the Frederick News-Post reports that Sen. Ron Young is also interested in proposing a similar law, but doesn’t want to make it too harsh by giving parents a window that is too narrow to file a report.

PENSION COMMISSION FINISHES: The state pension commission wrapped up its work, including a recommendation to look at the law regarding cost-of-living adjustments for current retirees, Len Lazarick writes on MarylandReporter.com.

The pension commission passed its final report by a unanimous vote, Sarah Breitenbach reports in the Gazette.

Not wanting to “mislead the public into believing that the future is safer and more secure than it really is” was the reason Chairman Casper Taylor gave for wanting to take a closer look at COLAs, according to an Associated Press story in the Daily Record.

The Examiner’s Brian Hughes writes that this could signal more pension benefits reductions in the future.

ROBOCALL CASES: A federal judge ruled on Thursday that separate civil and criminal cases about the Election Day robocalls ordered by ex-gov Bob Ehrlich’s political operative Julius Henson can proceed at the same time, reports The Sun’s Julie Bykowicz. She blogs about the ruling here.

The Post’s Aaron Davis writes that the judge received no reasoning from the defense attorneys as to why the case should be delayed – except for “unfounded attacks on the motives of the Attorney General.”

The audit points out the problem with the revolving door between state agencies and the companies they contract with, Benjamin Ford reports in the Gazette.

REDISTRICTING: The Governor’s Redistriciting Advisory Committee began work this week, but the real decisions on redrawing lines for congressional districts will happen behind closed doors, writes Sarah Breitenbach in the Gazette.

The partisan fix is definitely in based on the makeup of the redistricting commission, writes Gazette columnist Barry Rascovar. The lone Republican on the commission, former Del. James King, actually has a part-time job in the O’Malley administration, reports Mark Newgent in the Red Maryland blog.

In drawing district lines, getting Frank Kratovil back into Congress is a top priority for House Minority Whip Steny Hoyer, Alan Brody reports in the Gazette (in a story obviously written before he left the paper). Hoyer says the Democrats have just started work on their district plan.

OCEAN DOWNS REVENUES: A staff editorial in the Salisbury Daily Times asks policymakers to stop concentrating on the drop in revenues last month at Hollywood Casino, and notice that Ocean Downs Casino’s revenues are consistently increasing.

SLOTS COMMISSIONER RESIGNS: Gloria Lawlah resigned from her position on the slots commission after a single meeting last month, reports The Sun’s Annie Linskey. Lawlah said that her full-time job as Gov. Martin O’Malley’s Secretary of Aging keeps her too busy to attend all of the commission meetings.

SWINDLING INDICTMENT: William Alvin Darden and Keith Eugene Daughtry, both of Washington, were indicted by a federal grand jury on charges of taking $1.4 million from Baltimore’s public housing authority and electronically transferring it to a nonexistent business, reports The Sun’s Julie Scharper.

NO TELESCOPE CUTS: Federal lawmakers are pushing back on a proposal in the U.S. House of Representatives to cut funding to the James Webb Space Telescope, which supports hundreds of jobs at the NASA Goddard Space Flight Center in Greenbelt, reports The Sun’s John Fritze.

JOHNSON BILL VETOED: Prince George’s County Executive Rushern Baker issued his first veto: a bill that would allow a government examiner to make binding rulings in condominium and homeowner’s association disputes that was proposed by Councilwoman Leslie Johnson, reports The Post’s Miranda Spivack. Baker said the proposal was too expensive. Spivack blogs about it here.

RISING SUN LAWSUIT: Officials of Rising Sun are suing former mayor Sandi Didra to recover $118,724 they claim she stole from the town, reports Jane Bellmyer of The Cecil Whig. Didra was convicted of felony theft by embezzlement in March.

ACLU: Gazette columnist Blair Lee said he supports the American Civil Liberties Union even while he dislikes their causes, but he is particularly pained at their objections to the petition drive on immigrant tuition. 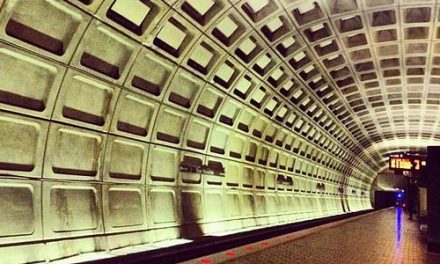