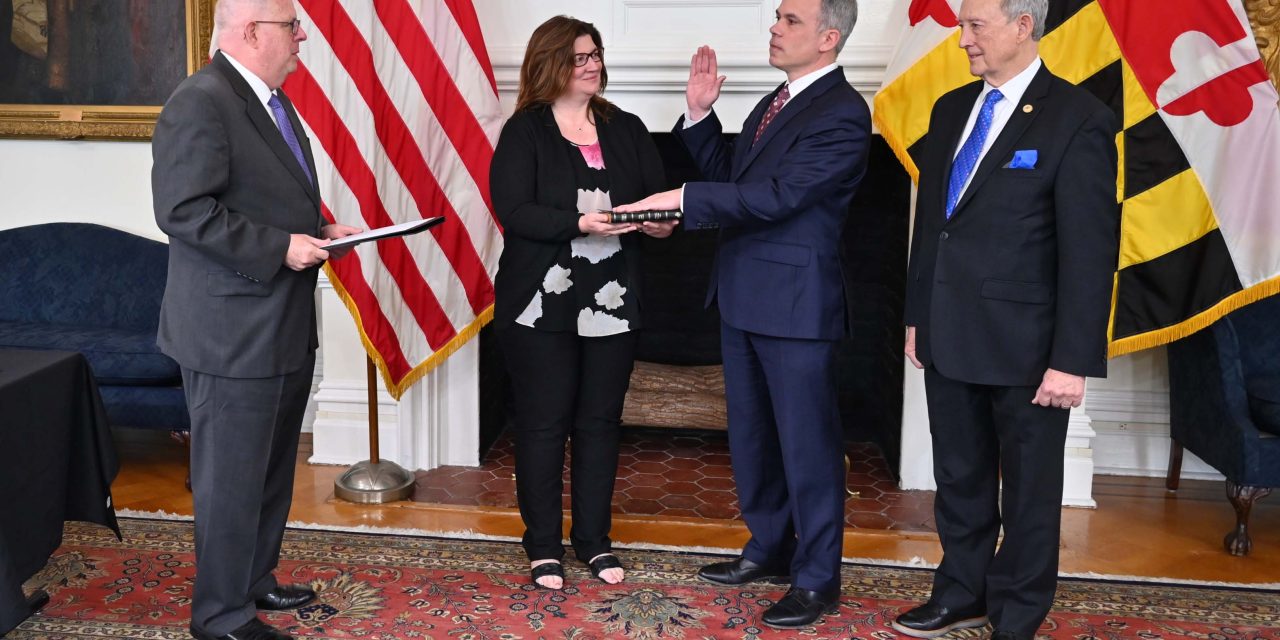 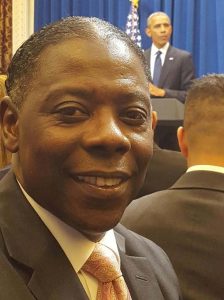 Del. Talmadge Branch in 2015 listening to then President Barack Obama at the White House. File photo from Branch’s Facebook page.

CANDIDATE FILING FLURRY: REPUBLICANS LINE UP AGAINST DUTCH: The top-line news is that three credible Republicans have filed to seek the GOP nomination in U.S. Rep. Dutch Ruppersberger’s 2nd District, led by Nicolee Ambrose, who has spent the past decade as Maryland’s Republican National committeewoman. The district has become considerably more competitive under the state’s new congressional district map. But there were significant and surprising last-minute developments in other races. Danielle Gaines and Josh Kurtz/Maryland Matters.

DEL. BRANCH ENDS POLITICAL CAREER: State Del. Talmadge Branch, majority whip for more than a decade, withdrew his candidacy for another term in office late Friday, about two hours ahead of a deadline for candidates to file to run. Emily Opilo/The Baltimore Sun.

OPINION: UNDEMOCRATIC PROCESS FOR FILING LEGISLATIVE VACANCIES: The numbers fluctuate some, but at least a quarter of members of the General Assembly have first claimed their seat not by election but via selection by committees, which are themselves at least in part self-selected. Party committee members are elected every 4 years, but there is great turnover and many members are simply appointed by the people already there. They may have the most altruistic intentions, but the process is, by its nature, corrupt in appearance. Ed Fischman of Our Revolution Montgomery County/Maryland Matters.

MOORE DEFENDS BIOGRAPHY: Democratic gubernatorial candidate Wes Moore, dogged the past week by questions over whether he cultivated misperceptions about his biography or embellished his childhood ties to Baltimore, defended his record Friday and said he stands behind his words in a decade of media appearances and a bestselling autobiography. Bryn Stole/The Baltimore Sun.

ANALYSIS: HOW VITAL IS WES MOORE’s ORIGIN STORY, MISSTEPS? When CNN released an investigation Wednesday night that suggested that not all of Democratic gubernatorial candidate Wes Moore’s claims of having come of age in Baltimore City checked out, was it really such a big deal? Very possibly — especially for a candidate whose personal brand is so entwined with his life story. So the question becomes whether the report could slow Moore’s momentum in the nine-candidate Democratic primary — or hurt the best-selling author and former nonprofit CEO if he winds up as the Democratic nominee. Josh Kurtz and Elizabeth Shwe/Maryland Matters.

BILL TO PROTECT EXPLOITED CHILDREN FIZZLES: Legislation designed to ensure that exploited children who might commit crimes at the direction of their traffickers are not treated as criminals fell to delays minutes before the end of session at midnight last Monday. Ovetta Wiggins/The Washington Post.

OPINION: LEGISLATURE IGNORES CHALLENGE OF CRIME: It is difficult to understand how at a time of murders, non-fatal shootings, violence, and bullying in schools dominating Baltimore, Baltimore County and other venues, the state legislature could virtually ignore taking on the challenge of long and short-term measures to slow down the dissolution of our great state. Richard Vatz/Maryland Reporter.

OPINION: IMPORTANT, UNSUNG MEDICAL BILLS THAT PASSED: There are two measures that people should know about that passed this year. One requires the adoption of several measures to increase public awareness of the importance of and facilitate access to advance care planning documents, such as advanced directives. The second will allow a doctor access to all the medications an emergency room patient may be taking and not just the ones that ones considered risky for addiction and overdose. Dr. Dan Morhaim/The Baltimore Sun.

OPINION: LIVING UP TO CLIMATE LAW: By allowing the Climate Solutions Now Act to become law, Gov. Larry Hogan and the Maryland General Assembly have thrown down the gauntlet. We as a state are now required by law to reduce our greenhouse gas emissions 60% by 2031 and 100% by 2045. We should be proud of our leadership in the General Assembly and the many advocates who worked for the bill’s passage. Now we must live up to this ambitious goal and while there are hard choices ahead, there is reason to be hopeful. Elizabeth Embry/The Baltimore Sun.

MEETING ON CRIME IN PRINCE GEORGE’S TURNS ANGRY: A civil conversation on ways to combat crime in Prince George’s County turned emotional Thursday at Creative Suitland, one of the county’s safe spaces for youth and young adults in the jurisdiction. It began after counselor Dr. Shryl Whigham summarized mental health, behavioral and other services available for youth and young adults in the county. The last six minutes of the roughly 90-minute discussion ended in shouting. William Ford/The Washington Informer.

CANNABIS INDUSTRY POISED TO GROW: In just a few years, the state’s cannabis industry has gone from crawling on the floor to hitting its head on the ceiling. The number of new patients is tapering off. Companies are consolidating. Deep-pocketed, out-of-state firms have gobbled up market share. Competition is fiercer than ever. But the ceiling is about to get much higher. The state is poised to legalize adult-use cannabis. What is a $600 million industry could more than triple in the coming years into a $2 billion giant. Giacomo Bologna/The Baltimore Sun.

GROWING NUMBER OF BLACK WOMEN JOIN LOBBYING FIELD: As the first Black woman to own and manage a law practice focused on lobbying and government relations, Lisa Harris Jones is known as a trailblazer in Annapolis, inspiring other Black women to enter the field and helping open doors. The changing face of the legislature and more Black lawmakers in positions of power who opened opportunities to different people “made the broader Annapolis superstructure pay attention,” Hughes said. Elizabeth Shwe/Maryland Matters.

MAMIE B. TODD, FOUNDER OF CHILD PROTECTIVE SERVICES, DIES AT 105: Mamie B. Todd, the granddaughter of a slave who became an outspoken civil rights activist and social worker whose advocacy for children led to the founding of the state’s Child Protective Services Agency, died in her sleep April 8 at her Pacific Grove, Calif. home. The former longtime Ashburton resident was 105. Her grandson is Ben Jealous, former head of the NAACP, and she also influenced another Maryland politician when she was a social worker: Barbara Mikulski. Frederick Rasmussen/The Baltimore Sun.