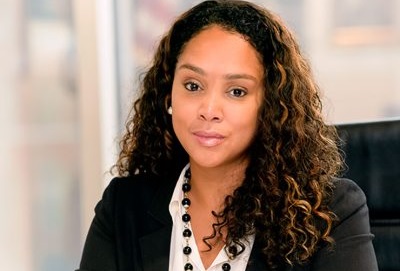 JUDGE WON’T DISMISS MOSBY CASE: A federal judge on Thursday rejected Baltimore State’s Attorney Marilyn Mosby’s request to dismiss the charges against her, finding her attorneys failed to present any objective evidence the case against her is prejudiced. Alex Mann and Lee Sanderlin/The Baltimore Sun

PURPLE LINE GETS MORE FUNDING, WILL MOVE FORWARD: The group designing and building the Purple Line announced it has secured funding to complete construction of the light rail line in suburban Maryland with a new contractor. Construction is expected to ramp up this spring and summer. Jack Moore/WTOP

A GALLERY OF SENATE PHOTOS FROM SINE DIE: Capital News Service photographer Joe Ryan produced a gallery of photos from the final hours of the state Senate session Monday night.

CRITICS SAY BALL VIOLATED HOWARD COUNTY ETHICS LAW: Howard County Executive Calvin Ball paid four county employees more than $101,000 to do consulting work for his re-election campaign with more than 50% of that money going to his sister-in-law in a position that some say violated the county law. Jamila Ratliff was until recently responsible for handling Public Information Act requests related to the county executive’s office. She is now the chair of Ball’s re-election campaign. Bryan Renbaum/Maryland Reporter.

BILL COULD CHANGE SCHOOL BOARD APPOINTMENTS IN HARFORD: A bill has passed the Maryland General Assembly that would alter the way members are appointed to the Harford County Board of Education, giving power to the county executive and council instead of the governor for the three appointed members.  Jason Fontelieu/The Aegis

CARROLL TO DEVELOP POLITICAL SYMBOLS POLICY: Reacting to some parental concern about rainbow pride flags that some teachers have been displaying inside the classroom, The Carroll County school board voted Wednesday to develop a new policy on the use of political symbols, specifically flags, inside public school buildings. Cameron Goodnight/Carroll County Times

WES MOORE ASKS FOR INVESTIGATION INTO ‘SMEAR CAMPAIGN:’ Gubernatorial candidate Wes Moore did not answer questions about discrepancies in his origin story, even though he has requested an investigation into a dossier circulating on the topic. Mikenzie Frost/WBFF

CNN EXAMINES WES MOORE’S STORY: While Wes Moore’s book “lays out the basic details of his life factually, a less accurate version of his Baltimore roots has taken on a life of its own, fueled by more than a decade of assertions by other people in TV interviews that he is a Baltimore native, born and raised in the city. At times, Moore has fed that impression himself.” So writes Edward-Isaac Dovere in a CNN story headlined: “A rising Democratic star told his origin story. But did he allow a narrative to take hold that didn’t match the facts?”

TRONE VISITS WITH HEALTH PROFESSIONALS: While they haven’t been directly impacted as heavily by nationwide shortages of health care professionals, staff from the Tri-State Community Health Center told Rep. David Trone on Wednesday that they’ve felt the COVID-19 crunch in other ways. Lindsay Renner-Wood/Cumberland Times-News

AFFORDABLE HOUSING REPORT: A new report shows some boost to the D.C. region’s affordable housing supply, though not much specifically for the lowest-income households. Dan Brendel/Washington Business Journal