HEARING ON ELECTIONS: Elections administrators from around Maryland are expected in Annapolis today to brief a Senate committee on problems that emerged during April’s primary — especially in Baltimore CIty, reports Michael Dresser of the Sun. State elections administrator Linda H. Lamone and Baltimore elections chief Armstead B.C. Jones Sr. are among those expected to appear before the Senate Education, Health and Environmental Affairs Committee. 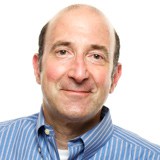 NONPROFIT HEALTH CO-OP SUES U.S.: A nonprofit health-care cooperative in Maryland is suing the federal government to avoid paying tens of millions of dollars to a larger insurer under what the group described as a “dangerously flawed” program of the Affordable Care Act, reports Josh Hicks for the Post. Evergreen Health, whose chief executive is Peter Beilenson, on Monday filed a lawsuit in U.S. District Court in Maryland claiming that the Centers for Medicare and Medicaid Services has unfairly required it to fork over $22 million to CareFirst, a Blue Cross and Blue Shield affiliate operating in the Mid-Atlantic region.

REVISIONS WORRY RX POT ADVOCATES: Some medical marijuana advocates say they are concerned about the effect of more than 40 proposed revisions to regulations that would govern Maryland’s nascent program, Bryan Sears of the Daily Record writes. The Maryland Medical Cannabis Commission will take public comment this morning on the proposed changes to regulations that just took effect last fall. Darrell Carrington, executive director of Maryland Cannabis Industry Association, said he is concerned that the changes could further delay a program that has been years in the making.

CUSTOMER SERVICE STARTS WITH E-ZPASS: Now that Gov. Hogan announced a new customer service initiative on Thursday, a good place to start might be with E-ZPass toll system and making it easier to replace a dead transponder, writes Len Lazarick for MarylandReporter. Lazarick explains the ordeal he and his wife were put through to replace the device in his wife’s car.

POLITICAL REFORM: With vacancies expected in the state Senate, which will likely cause vacancies in the state House, Maryland’s political elite will once again step up to have their say in who gets appointed. But, asks Josh Kurtz of Center Maryland, does it have to be that way? Why not hold special elections? “Political reform is hard to accomplish in Maryland. In Annapolis, it’s easier to pass tax cuts, marriage equality and the DREAM Act than it is to achieve political reform.”

FLAG DAY & LIBERTY: MarylandReporter.com brings back this article, written by Nick DeMarco six years ago, in honor of Flag Day. He wrote: From the State House to the courthouse, the Stars-and-Stripes flying this Flag Day morning and throughout the year may be a symbol of “liberty and justice for all.” But the women who sewed them lost their liberty a good while ago in Maryland’s justice system. The flags flown by government agencies in Maryland are hand-stitched by the inmates of the Maryland Correctional Institution for Women in Jessup, women who expect their work will bring them closer to freedom.

BIPARTISAN MANUFACTURING PUSH: U.S. Rep. Steny Hoyer, in a speech on Monday during the ceremonial opening of  a maker space in Baltimore City, portrayed the House Democrats’ “Make it in America” plan as a bipartisan approach to encourage manufacturing and create more jobs in the United States, reports Adam Bednar for the Daily Record. The “Make it in America” plan dates back six years. It aims to enact policies supporters say will encourage entrepreneurship, close the skills gap among American workers and break down barriers to manufacturing in the country.

COLLABORATION IN ARUNDEL: Anne Arundel County Councilman Chris Trumbauer, in an op-ed for the Annapolis Capital, writes that “Throughout my six years on the County Council, many of the county budgets have been rife with conflict. Fortunately, this year the fiscal 2017 budget seems to be thriving on collaboration.On Tuesday, Acting County Auditor Jodee Dickenson and her staff presented a series of recommendations, based on more than 30 days.”

TWO NAMED TO BENCH IN FREDERICK: Magistrate Richard Sandy and attorney Dino Flores Jr. are the newest judges appointed to the Frederick County bench, according to an announcement from the governor’s office. Kelsi Loos of the Frederick News Post reports that Flores will replace retired District Judge Janice R. Ambrose.

CITY TO MOVE FUNDS FOR YOUTH PROGRAMS: Funding for public health services, libraries and housing inspections will be cut in next year’s budget to free up more than $4 million for youth programs, Mayor Stephanie Rawlings-Blake announced Monday. Yvonne Wenger and Andrew Dunn report that members of the Baltimore City Council had threatened a government shutdown unless the mayor included the money for after-school programs and community schools in her $2.6 billion budget proposal.

COMMUTER VOTING: The editorial board for the Carroll County Times opines on the forced move of Carroll County polling places that will mean a 40 minute round trip for some voters. “Getting voters to the ballot box is difficult enough when their polling location is five minutes away. But imagine what turnout might look like if casting your ballot involved a 40-minute or more round trip,” the board writes. 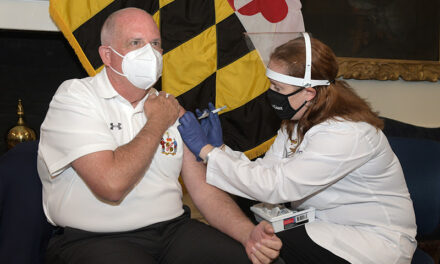