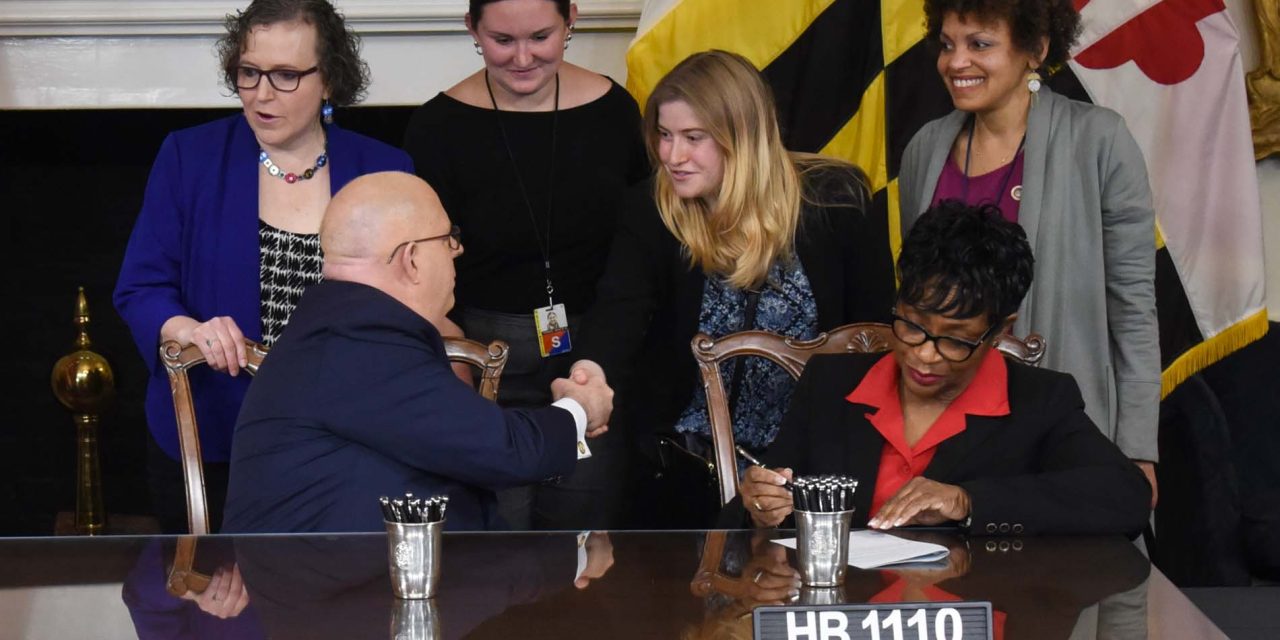 HOGAN SIGNS 79 BILLS INTO LAW: A day after lawmakers worked until a few minutes before their midnight deadline to pass legislation, Republican Gov. Larry Hogan signed 79 bipartisan bills into law, capping his final legislative session in office. Hogan and Democrats Senate President Bill Ferguson of Baltimore and House Speaker Adrienne Jones of Baltimore County praised each other at the bill signing Tuesday at the State House for the cross-party work done over the governor’s two terms. Stephen Neukam of Capital News Service/Maryland Reporter. 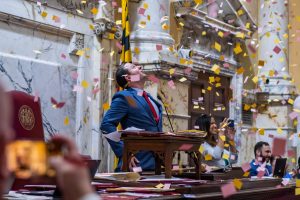 GENERAL ASSEMBLY PUSHES BILLS THROUGH: The 2022 Maryland General Assembly wrapped up late Monday with lawmakers pushing a handful of bills across the finish line just before the deadline at midnight Tuesday, although most of the major legislation already had passed in time for an override of a potential veto. The new laws, many of which passed over Republican Gov. Larry Hogan’s objections, included landmark efforts to slow climate change, a referendum on making marijuana legal and an effort to expand access to abortion services. Logan Hill for Capital News Service/Maryland Reporter.

LAWMAKERS REJECT JUDGE SENTENCING LIST: The Maryland General Assembly ended its 2022 session Monday having spared circuit court judges of having a state commission compile by name the sentences each has rendered for violent criminals, a gubernatorial proposal the jurists said would have threatened judicial independence by subjecting judges to intense public scrutiny. Steve Lash/The Daily Record.

DELEGATES NIX PAY RAISE FOR FREDERICK SHERIFF: Frederick County’s sheriff will not get a pay raise, the House of Delegates determined Monday as it voted down a bill that had bipartisan support from the county’s delegation. The Democrat-led House voted to approve bills to raise sheriff salaries in other counties, including in nearby Howard County, but struck down S.B. 746, which would have raised the sheriff’s salary from $125,000 to $140,000 for the first two years of the next term before jumping to $150,000 for the next two years. Jack Hogan/The Frederick News Post.

MO CO COUNCIL FRACTURED OVER GOV RACE ALLEGIANCES: Some Montgomery County Council members are lining up behind candidates in the upcoming gubernatorial Democratic primary. But so far, Council member Nancy Navarro — who is running for lieutenant governor on a ticket with Rushern Baker III — hasn’t won any endorsements from her eight council colleagues. Steve Bohnel/Bethesda Beat.

FIRST HISPANIC SWORN IN TO SERVE ON COURT OF APPEALS: Gov. Larry Hogan swore in Judge Angela M. Eaves on Tuesday in Annapolis to serve on the Maryland Court of Appeals. Eaves is the first Hispanic to serve on the state’s highest court. Eaves is also the first Harford County resident appointed to the Court of Appeals in more than 100 years, according to the governor’s office. Maria Morales/The Aegis.

MOSBY TO RUN FOR RE-ELECTION: Baltimore State’s Attorney Marilyn Mosby announced Tuesday that she is running for reelection, setting up a rematch of the 2018 Democratic primary under the backdrop of her federal indictment. Alex Mann/The Baltimore Sun.

CRITICS QUESTION MOSBY’s CONVICTION RATE CLAIM: In her pre-recorded announcement declaring her re-election campaign, Baltimore City State’s Attorney Marilyn Mosby cited her successes. “I’m proud of the work that we’re doing getting violent repeat offenders off the streets with a 90 percent conviction rate,” Mosby said. What she fails to cite are the hundreds of dismissed cases that are not included in that equation. Jeff Abel/WBFF-TV. 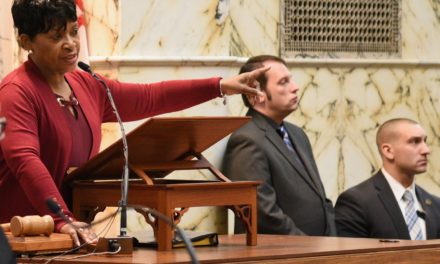