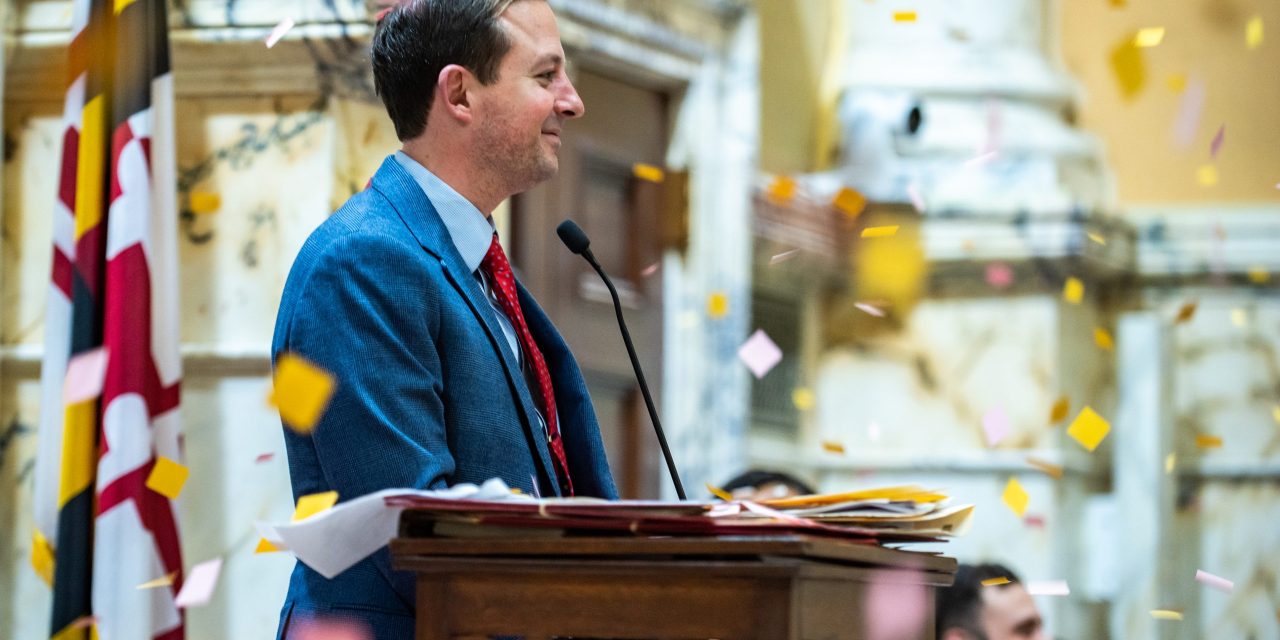 Hogan and Democrats Senate President Bill Ferguson, Baltimore, and House Speaker Adrienne Jones, Baltimore County, praised each other at the bill signing Tuesday at the State House for the cross-party work done over the governor’s two terms.

“For eight years, we’ve sent a very clear message that unlike just down the road in Washington, where there seems to be more divisiveness and dysfunction, that we actually can come together in a bipartisan way to change things for the better,” Hogan said.

It took lawmakers until the last breath of the legislative session Monday night to pass what remained on their priority list, including bills to enhance the state’s cybersecurity defense, raise the age that minors in the state are allowed to marry to 17 and ban the use of the harmful chemical PFAS in fire-fighting foam and other materials.

Ferguson, who soaked in the last moments of the 90-day legislative session as balloons and confetti fell from the chamber balconies, said he was proud of the work legislators did in the face of uncertainty around the pandemic.

“We had an obligation to work together as a team on behalf of Marylanders to ensure that they had the best possible opportunity with their health care, safety and the building of our state’s economy,” Ferguson said.

Hogan and Democrats both leave the session with victories to brag about, with the governor securing some of his top priorities in tax relief and law enforcement investments and Democratic legislators overriding vetoes to set in law a paid family medical leave program and action to increase access to abortions.

“Paid family and medical leave will provide Marylanders with a safety net when they have a baby or have a medical emergency,” Jones said. “We are preparing for some of the most restrictive abortion actions that we have seen in a generation by expanding access to reproductive care.”

Next on the agenda for many lawmakers are the upcoming elections. Hogan, who is term-limited and not running for any office, joked Monday he was “looking forward to not hitting the campaign trail” and weighed in on the chances of his party in November.

“I think people in the legislature are going to have to defend their record,” Hogan said. “I think Republicans are going to be able to stand up and say the things they were fighting for, and Democrats have to explain why they didn’t take action on some things.”

Hogan, who put to bed rumors of a possible U.S. Senate run earlier this year, did not comment on his political future, including a potential White House bid in 2024.

“There’s plenty of time,” he said. “I’m sure I’ll find something to do after that. I’ll let you know when I decide.”