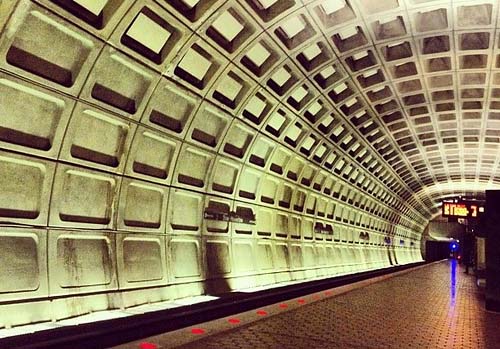 For years, Metro had been behind on repairs and upgrades, but that had started to change. In 2018, Maryland, D.C. and Virginia decided to devote dedicated funding for Metro’s needs, amounting to $500 million annually, according to the Washington Post. Washington, D.C. Metro station by arcticpenguin is marked with CC BY-NC 2.0.

MARYLAND CONSIDERS FUND INCREASE TO METRO: Metro announced an ambitious 10-year plan Thursday to build housing and commercial space on 20 properties it owns, projects it hopes will bring thousands of customers and millions of dollars in rent and fares as it diversifies income streams for the lean years ahead. The prospect of looming financial trouble has also prompted Maryland lawmakers to propose increasing annual subsidies under a plan contingent on Virginia doing the same. Justin George/The Washington Post.

PAY RAISES FOR JUDGES, LAWMAKERS: As the 2022 General Assembly session — and the terms of all state elected officials — winds down, a series of pay raises has quietly gone into effect. Pay increase recommendations for the state’s judges and top elected officials automatically become law in Maryland if the General Assembly doesn’t act on them, a deadline that passed in mid-March. And with a few days left in the 90-day legislative session, it’s also likely that the state’s next set of legislators will have higher pay of more than 12%. Bennett Leckrone/Maryland Matters.

HOUSE DEMS PASS HATE CRIMES BILL OVER REPUBLICAN OBJECTIONS: Legislation creating civil actions for hate crimes took a significant step forward Wednesday in the House of Delegates. Republicans opposing the bill called the effort political correctness run amok and an extension of “cancel culture.” Democrats, however, who make up a super majority of the chamber carried the day for a bill that passed unanimously in the Senate. Bryan Sears/The Daily Record.

SEN. PATTERSON WON’T SEEK NEW TERM; HATE CRIMES; TAX CUTS FOR THE OLDEST: State Sen. Obie Patterson (D-Prince George’s) will not be seeking reelection. The House of Delegates passed House Bill 290, which would allow a victim of a hate crime to bring a civil action against the person who committed the act. Though it passed on a unanimous vote, Senate Republicans said that a bill to provide an income tax cut for Marylanders over 100-years-old doesn’t go far enough. Josh Kurtz, Elizabeth Shwe and Hannah Gaskill/Maryland Matters.

$400M for PG BLUE LINE CORRIDOR: The Maryland House of Delegates approved a $400 million plan Wednesday to construct sports and entertainment venues in Prince George’s County. The money, which would come from the Maryland Stadium Authority through the state lottery, seeks to spruce up the vicinity along Metro’s Blue Line corridor in the county and area around FedEx Field in Landover, home of the Washington Commanders. The money wouldn’t be used to help build a new stadium, which remains under contract through 2027. William Ford/The Washington Informer. 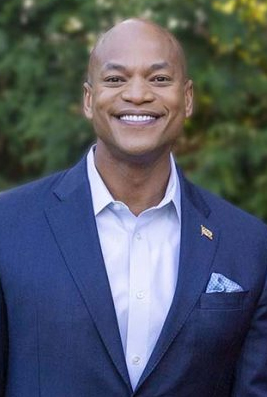 Gubernatorial candidate Wes Moore is accusing a rival of a ‘smear campaign.’

MOORE ACCUSES RIVAL OF ‘SMEAR CAMPAIGN;’ SEEKS PROBE: For months behind the scenes, rival campaigns and political operatives have questioned the biography of Democratic gubernatorial candidate Wes Moore. Moore has thrust those whispers into public conversation by alleging that a competing campaign has violated Maryland campaign finance rules by anonymously circulating documents about his background. Pamela Wood/The Baltimore Banner.

AFTER ENDORSEMENT SNUB, BAKER TAKES AIM AT CRIME IN PRINCE GEORGE’S: In a clear swipe at his successor, Democratic gubernatorial hopeful Rushern Baker III said on Wednesday that Prince George’s County is losing ground in its efforts to fight violent crime. Flanked by five members of the county council who have endorsed his campaign, the former two-term executive said Prince George’s is less safe than it was when he left office in 2018. “We had 130 homicides last year,” Baker (D) told reporters. “You have to go back 15 years when that (last) happened.” Bruce DePuyt/Maryland Matters.

PG LEADERS ASK HOGAN TO INTERVENE ON SCHOOL BOARD: The Prince George’s County school board is dysfunctional, observers say. It has a history of disagreement, and recent conflicts there have stymied decisions for the schools system of 131,000 students: Board meetings have been canceled, three members have resigned in the past three months and business leaders in the county have rallied in demand of intervention from Gov. Larry Hogan (R). Nicole Asbury/The Washington Post.

B’MORE COUNCIL PREZ GIVES COUNCIL ENGRAVED ‘TRINKETS:’ During the first in-person Baltimore City Council meeting since the COVID-19 pandemic closed City Hall more than two years ago, council members were given a bag with gifts from Council President Nick Mosby that included a pin, ink pen and a cell phone holder that appeared to also function as a business card holder, all engraved with Mosby’s name on them. Mosby called them “standard trinkets. … I’m a pomp and circumstance kind of guy.” Mikenzie Frost/WBFF-TV.