By Randolph J. May

In response to the rapid rise in prices at the pump, Gov. Larry Hogan and the leaders of the General Assembly quickly got together to adopt a 30-day “emergency” suspension of the state’s 37 cents per gallon gas tax. Since the suspension became effective on March 18, prices at the pump have dropped by roughly the amount of the tax reduction.

All well and good. I’ll cheer along with Maryland’s other drivers at the tax holiday.

By various measures, Maryland is widely acknowledged to be a high tax state. Indeed, according to a study released in March 2021 by the nonpartisan Tax Foundation, Marylanders bear the sixth highest combined state and local tax burden among the fifty states. Another March 2021 study, this one produced by WalletHub, determined that Maryland has the 3rd highest personal income tax burden of all the states. And the Tax Foundation’s 2021 Business Tax Climate Index ranks Maryland near the bottom – 44th among the 50 states.

With that in mind, I’m generally in favor of tax reductions whenever we can get them, including the gas tax suspension providing “temporary pain relief”! But what Marylanders, and Maryland’s economy, really need is a broad-based significant income tax reduction. This should be the deliverable for the legislative leaders and Gov. Hogan.

At the beginning of this year’s legislative session, Gov. Hogan proposed a tax cut package estimated to provide about $4.6 billion in tax relief over a number of years. His proposal targets the bulk of the tax cuts – about $4 billion phased in over time – to eliminating taxes on retirement income. The rest of the reductions would be used to increase Maryland’s refundable earned income tax credit and to provide additional tax incentives for manufacturers to relocate to Maryland or expand existing employment opportunities in the state.

Hogan touted the proposal as “the largest tax cut package in state history,” and it is a commendable proposal that, if adopted, would move Maryland in the right direction.

House Speaker Adrienne Jones and other Democratic House of Delegates leaders proposed their own tax cut package consisting of two components: permanent sales tax exemptions for a fairly narrow class of consumer goods and a temporary state match to the federal Work Opportunity Tax Credit, which would expire in 2028. The Democrats’ proposal is much smaller, equating to approximately a $60 million annual revenue reduction according to the Democrats’ own estimates.

Like the gas tax holiday, the House Democrats’ proposal, in and of itself, has some merit simply on the basis that it constitutes tax relief. But Gov. Hogan’s proposal is superior because it is far deeper – that is, the overall tax relief package is much larger at an estimated $4.6 billion – and it also appears to be broader – more Marylanders will pocket a tax reduction directly.

State would benefit most from broad tax cuts

And that’s important. Maryland would benefit most from broad-based reductions in its personal income tax, which ranks among the highest in the nation. A flatter structure than that currently in place, with lower overall rates and very few deductions other than a standard deduction, should be implemented. Even if such a pro-growth tax regime has to be implemented in stages, because of political or other imperatives, now is the time for Hogan and the Democrats in the legislature to start the reform process.

Indeed, because of the state’s budget surplus, it is an especially auspicious time. On March 10, Maryland’s Bureau of Revenue Estimates, a body comprised of Comptroller Peter Franchot, Budget and Management Secretary David Brinkley, and Treasurer Dereck Davis, issued new state revenue estimates that increased Maryland’s historic budget surplus to a whopping $7.5 billion. This is an increase in the projected surplus estimate of more than $1.6 billion for fiscal years 2022 and 2023.

Because aid to the states during the pandemic vastly exceeded what, reasonably, they needed, state coffers across the country are flush. And, as the Washington Post reported on Feb. 27, last year 29 states and D.C. – both red and blue – enacted “significant tax cuts.” The Wall Street Journal pointed out on March 13 that “the state tax cuts keep coming amid record budget surpluses.”

There are no good reasons for Maryland to continue to be a “high tax” outlier. To the contrary, there are good reasons for it not to be. A flatter tax income tax structure, with lower overall rates, would spur job growth, provide a much-needed jolt to kick-start Marylanders’ entrepreneurial spirit, begin the process of restoring a favorable business climate, and deter further outmigration.

We can enjoy the temporary gas tax reduction and applaud Gov. Hogan’s January proposal for a meaningful tax reduction – but we also can, and should, ask Gov. Hogan and the Democrat-controlled legislature to do more. 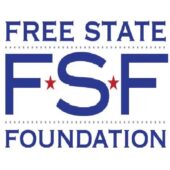 Randolph May is President of the Free State Foundation, an independent nonpartisan think tank in Rockville, Maryland. Its purpose is to promote, through research and educational activities, understanding of free market, free speech, limited government, and rule of law principles at the federal level and in Maryland, and to advocate laws and policies true to these principles.