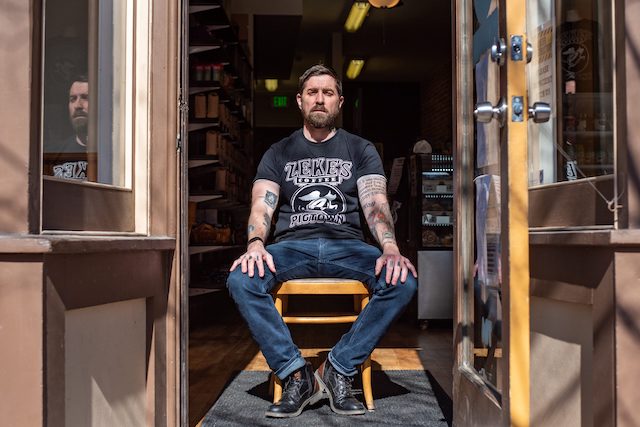 Matthew Weaver, manager of a Zeke’s Coffee shop in Baltimore, told legislators he needs  surgery that will mean taking several weeks off to recover this summer. Although the company wants to financially support him while he is out, it will not be able to bear the cost alone, he said. (Joe Ryan/Capital News Service)

PAID FAMILY LEAVE BILLS INTRODUCED: A coalition of Democratic legislators in the House and Senate have introduced bills to give workers up to 12 weeks of paid family and medical leave to care for a family member with a serious health condition or disability. It would also cover families with newborn children and those with a need arising out of a family member’s military deployment. Vanessa Sanchez of Capital News Service/Maryland Reporter.

LEGAL POT BILL ADVANCES: The Maryland House advanced legislation Wednesday to legalize recreational marijuana in the state, if voters approve a constitutional amendment in November. The House gave preliminary approval to two separate measures. The first would put the matter on the ballot. The second includes steps that would be taken on moving forward if voters approve, though issues relating to licensing and taxation would be taken up by lawmakers next year. Brian Witte/The Associated Press.

PINSKY REIGNITES DEBATE ON PUBLIC CAMPAIGN FINANCING: For the second year in a row following a long hiatus, state Sen. Paul Pinsky has reignited the debate over public financing for state House and Senate elections, with a bill that would give candidates the option of receiving public contributions from the Fair Campaign Financing Fund if they meet certain low-dollar fundraising thresholds and agree to spending limitations. Josh Kurtz/Maryland Matters. 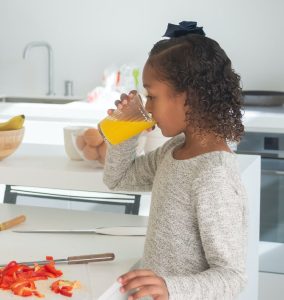 The debate on what makes kids drinks ‘healthy’ goes on.
Photo by Kampus Production from Pexels

WHAT MAKES KIDS’ DRINKS ‘HEALTHY?’ Maryland restaurants would have to offer healthful drinks with kids meals or face fines under a bill nearing passage in the Senate. But a heated debate Wednesday exposed a fundamental misunderstanding of what makes a beverage “unhealthy.” Callan Tansill-Suddath/WYPR-FM.

MARYLAND CONGRESSMEN BACK BIDEN OVER RUSSIA SANCTIONS: After President Biden announced the first round of sanctions on Russia Tuesday after its latest invasion of Ukraine, some of Maryland’s lawmakers joined other congressional leaders in backing the administration’s steps and calling out Russian President Vladimir Putin for violating international law. “We stand shoulder to shoulder with our Allies in support of Ukraine, its people and its sovereignty,” Rep. John Sarbanes, D-Baltimore, said in a statement on Twitter. The Capital News Service/Baltimore Fishbowl.

A BETTER PLACE TO GO WHEN YOU ARE ON THE GO: Baltimore/Washington International Thurgood Marshall Airport’s latest capital project: creating a nicer place to “go” for travelers on the go. This spring, the airport will launch a $55 million effort to improve and expand the restrooms beyond BWI’s security checkpoints. The project may not be as sexy as a newly minted concourse or maintenance hangar, but it’s arguably just as important, says BWI CEO Ricky Smith. Amanda Yeager/The Baltimore Business Journal.

ALLEGANY HEALTH CHIEF COMPLAINTS IGNORED: The Allegany County Board of Health voted Wednesday to end quarantine for school students with close exposure to COVID-19 over the objection of the county’s leading health officer, who said the definitions were misused and the wording “did not make sense” and forced the meeting to be stopped three times so the measure could be rewritten. Greg Larry/The Cumberland Times News.

MAY TRIAL SET FOR MOSBY: The jury trial in Baltimore State’s Attorney Marilyn Mosby’s federal criminal case has been scheduled for May 2. U.S. District Judge Lydia Kay Griggsby set the date Wednesday during a scheduling conference that was not open to the public. Griggsby also set deadlines for pretrial motions and other standard hearings that must take place before a trial can start. Madeleine O’Neill/The Daily Record.

MARYLANDERS FOR AFFORDABLE RX: Marylanders for Affordable Rx is educating policymakers and the public on the real reasons behind high prescription drug costs and exposing special interests that are out to pad their bottom line at the expense of Maryland’s hardworking people. Across the country and in our state, we see special interests, like Big Pharma and the independent pharmacy lobby, push agendas that would make it harder for patient advocates like pharmacy benefit managers to negotiate for lower prescription drug costs.  Learn more and help us stop special interests from increasing our Rx costs. (Paid Advertising)