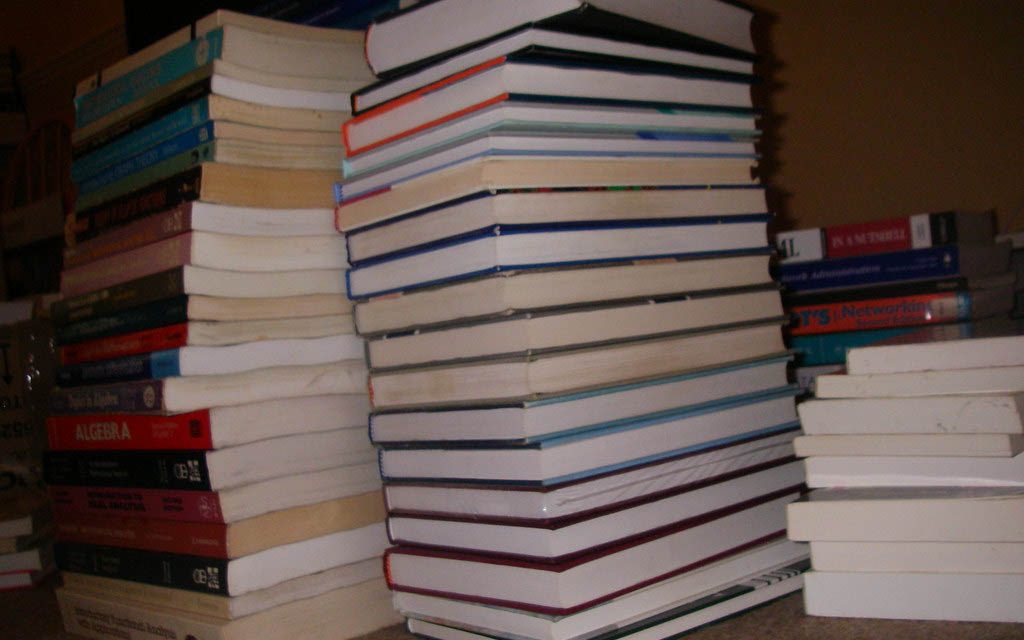 Del. Wilson is introducing legislation to widen the scope of history teaching in schools to include the stories of those who often have not been told. "Stacks of Books" by Denni Schnapp is licensed under CC BY-NC-SA 2.0

TUSSLE BETWEEN WATERMEN AND ENVIRONMENTALISTS CONTINUES: It’s hard to come together over oysters in Maryland. Two years ago, seeking to get past seemingly endless conflicts between environmentalists and watermen, Maryland lawmakers ordered fisheries managers to try a more consensus-based approach to managing the state’s oyster population. Tim Wheeler of the Bay Journal/Maryland Reporter.

DELEGATE SEEKS FULLER HISTORY LESSONS IN PUBLIC SCHOOLS: One lawmaker is attempting to change the way students learn American history by requiring all Maryland public schools to include more history lessons on racial, ethnic and other groups in America whose stories often are left untold. Elizabeth Shwe/Maryland Matters.

ABORTION ACTIVISTS, LEGISLATORS SEE STRAIN IN SERVICES SHOULD ROE END: While observers say Maryland is among the states most protective of abortion rights and surely would not be one of those enacting a ban, it would feel ripple effects nonetheless if Roe v. Wade is overturned. Activists and legislators in Maryland are ramping up efforts for an anticipated greater demand for the procedure, which could strain existing capacities and resources. Jean Marbella/The Baltimore Sun.

MARYLAND GET B- IN COASTAL PROTECT CLIMATE REPORT CARD: Giving the state of Maryland an overall grade of B-, the University of Maryland Center for Environmental Science, the Adaptation and Resiliency Work Group of the Maryland Commission on Climate Change and the Department of Natural Resources has issued its first-of-its-kind report card that gives a snapshot of the current adaptation status in Maryland’s coastal counties and establishes a framework for measuring future progress. Josh Kurtz/Maryland Matters.

STATE SUES B’MORE OVER TREATMENT PLANT DISCHARGES: The state of Maryland filed a lawsuit against Baltimore on Friday over untreated sewage discharge into the Chesapeake Bay by two Baltimore wastewater treatment plants. Last summer, Blue Water Baltimore, an environmental watchdog group, found high bacteria levels in the city’s harbor near the Patapsco Wastewater Treatment Plant, which is operated by the city, and reported it to the Maryland Department of the Environment. Elizabeth Shwe/Maryland Matters.

COVID POSITIVITY RATE DOWN: In Maryland 3,678 new Covid cases and 53 deaths were reported in 24 hours. Both Baltimore City and County are leading the state of Maryland with some of the highest recorded coronavirus numbers. The statewide positivity rate is 15.27%, a decrease of 1.13%. Nia Fitzgerald/WBFF-TV.

BALTIMORE PRIDE HOVERS OVER WEBB TELESCOPE: NASA’s James Webb Space Telescope is nearing its final destination about a million miles away, and in Baltimore, scientists and engineers are working to make sure that happens smoothly. Staff at the Space Telescope Science Institute nestled on Johns Hopkins University’s Homewood Campus have described the last several weeks as “exciting,” “wild,” and “phenomenal.” Adam DeRose/Baltimore Fishbowl.

DEM COMPTROLLER HOPEFULS RAKE IN CASH: Fundraising over the past year in the Democratic primary for state comptroller can be summed up in three words: shock and awe. The two contenders, state Del. Brooke E. Lierman of Baltimore City and Bowie Mayor Timothy J. Adams, brought in record amounts of money for this down-ballot statewide race. She raised $1,736,469 and he collected $2,142,040, according to campaign finance reports filed with the Maryland State Board of Elections. Josh Kurtz/Maryland Matters.

ALSOBROOKS REPORTS $1.2M IN WAR CHEST: Prince George’s County Executive Angela Alsobrooks has a war chest of $1.2 million in her bid for reelection in the majority-Black jurisdiction. Though Alsobrooks hasn’t officially filed paperwork with the Maryland State Board of Elections, a campaign statement released Wednesday summarizes the Democrat’s plans to seek a second four-year term. William Ford/The Washington Examiner.

HOMICIDES LEADING CAUSE OF B’MORE CHILD DEATHS: Homicide is the leading cause of child fatalities in Baltimore, according to a new city analysis of the unusual and unexpected deaths of 208 minors that occurred over the last five years. Emily Sullivan/WYPR-FM.

STUDENTS RETURN TO MCDANIEL CAMPUS: Residence hall move-in began Sunday at McDaniel College in Westminster with undergraduates returning to campus for the first time since December to begin the spring semester. McDaniel’s January term was held online only as COVID-19 cases surged heading into the holidays. The college said it planned additional safety measures when students arrived on campus this weekend for the start of classes on Monday. Cameron Goodnight/The Carroll County Times.