SCHOOL FUNDING FIGHT: The fight between Gov. Larry Hogan and state Democrats over education funding could be far from over. At Senate President Mike Miller’s behest, lawmakers passed a bill that would require the Republican governor to send more money next year to the 13 school districts where it costs the most to educate kids, reports Erin Cox in the Sun. That would effectively tie Hogan’s hands on this budget issue. The new governor has said he is weighing whether to veto the bill. Democratic lawmakers have already solicited legal advice on how to override Hogan if he does veto.

CHARTER SCHOOL BILL: Gov. Larry Hogan’s proposal to increase the number of charter schools in Maryland to give parents more choices about the education of their children suffered a major blow in the General Assembly session just ended. His proposal wasn’t perfect, but it represented a much larger step forward than the bill that the legislature approved. Nonetheless, urges the editorial board for the Sun, he should sign the bill.

HARSH WORDS AT BOARD OF PUBLIC WORKS: Fallout from this year’s legislative session was on full display at a Board of Public Works meeting in Annapolis Wednesday, with Gov. Larry Hogan referencing a slight from House leadership and Treasurer Nancy Kopp pleading with him to think of children and seniors, Rick Seltzer reports in the Baltimore Business Journal.

SNOOPING ON STUDENTS: For four years, state Sen. Ron Young has fought a losing battle against higher education officials and some of his colleagues to pass legislation barring colleges from snooping on student social media accounts. But this year, writes Bethany Rodgers for the Frederick News Post, with new faces in the legislature and his wife in the House of Delegates, Young claimed victory in his effort to safeguard student privacy.

SEXUAL ASSAULT SURVEY BILL: The General Assembly passed a bill this session that will require all universities in the state to conduct campus sexual assault climate surveys every two years starting in 2016, writes Jon Banister in the Diamondback. The surveys will assess how widespread sexual assault is on campuses, how students view the issue and how knowledgeable students are about the resources available to them through their universities.“I’m hoping it will be very useful for policymakers as well as the campuses themselves,” said Del. Shelly Hettleman, the bill’s sponsor.

LANDFILL TAX BREAK: Gov. Larry Hogan has signed a bill that would grant property tax breaks to a small group of homeowners who live near a landfill in Baltimore County, John Rydell reports for WBFF-TV. Del. Kathy Szeliga, a Republican who represents Baltimore and Harford counties, says, “Many residents have been there 20, 30, 40 years, and they thought it would eventually close.” Szeliga now says there’s no word on when the landfill may close.

MD LEGISLATORS CLAIM SUCCESSES: With a freshman class of 69 new legislators and a new Republican governor for this year’s legislative session, a $40.7 billion state budget was passed on time and more than 650 bills were passed to the desk of Gov. Larry Hogan, write Jason Babcock and Sarah Fleischman in the Calvert Recorder. Most Southern Maryland legislators, many of whom are freshmen, claimed successes in their first session.

RELATIONSHIPS ON THE ROCKS: The final days of the 2015 General Assembly session exposed a relationship gone bad, with communications between Gov. Larry Hogan and legislative leaders going from friendly to frosty to non-existent, writes Bryan Sears for the Daily Record. Now, he and Senate President Mike Miller and House Speaker Michael Busch will have to work to try to repair the damage.

HOGAN’S ODD REVERSAL: Fraser Smith, in a commentary for the Daily Record, writes that weeks ago, Gov. Larry Hogan made a budget deal with the Democrats, unleashing a flood of hosannas. Compromise was alive in Annapolis. But then, belatedly, he backed away, threatening to extend the legislative session unless cuts he had agreed to were restored for use in service to his priorities. So what happened?

BILL ROUNDUP: Rebecca Lessner of MarylandReporter.com takes a look at he last-minute passage of several bills written about throughout the 90-day session, including a hike in the cap that injured parties can collect from jurisdictions, extending the film tax credit and rules governing police seizures.

ANTI-BIAS LAW MAY DISCRIMINATE: A law passed this session to end discrimination against lesbian couples seeking advanced fertility treatments in Maryland may have “inadvertently” introduced discrimination against straight couples, according to Maryland Attorney General Brian Frosh, Kevin Rector writes in the Sun. The law, passed in Annapolis last month and awaiting Gov. Larry Hogan’s signature, requires state-regulated insurers to provide lesbian couples coverage for in vitro fertilization treatments as they already do for straight couples under a 2000 mandate.

FROSH ON SAME-SEX MARRIAGE: Alicia McElhaney of CNS writes in MarylandReporter.com that according to a report issued Thursday by Attorney General Brian Frosh, state bans on same-sex marriage are founded on “hate, prejudice, ignorance, fear or moral disapproval.” Frosh, speaking at a news conference, said, “The report analyzes the origins of the state laws that prohibit same sex marriage. We conclude that the pressing question of marriage equality cannot and should not be addressed piecemeal when the process has been by hatred and prejudice. ”

GOOD FOR THE BAY: Here’s a sentence that nobody expected to be written this week: The 2015 legislative session turned out pretty well for the Chesapeake Bay and some other environmental causes. How that happened almost defies logic, according to the editorial board for the Sun. While the state budget — and the acrimony and politics that surrounded it during the last few days of the Maryland General Assembly’s 90-day session — stole the headlines, bay-related initiatives quietly advanced and, in some cases, produced bipartisan agreements.

FENCE CASE COULD COMPLICATE PURPLE LINE: The case of a Chevy Chase homeowner who built his back fence in the path of the proposed light-rail Purple Line might be headed to the state’s highest court, writes Katherine Shaver of the Post in the Gazette. A final ruling in the fence fight could affect dozens of Chevy Chase and Bethesda residents who live along the rail alignment. It also could complicate the state’s Purple Line plans and add to the property acquisition costs of a project already under scrutiny for its $2.4 billion price tag.

FRANK JOINS DISABILITIES DEPT: Larry Perl of the Towson Times writes that as co-sponsor of the 2004 legislation that created the Maryland Department of Disabilities as a cabinet-level agency, former Del. William Frank helped champion equal opportunities for the disabled. Three years later, the Baltimore County Republican joined the ranks of the disabled when he was diagnosed with Parkinson’s disease. On April 20, he starts his new job as deputy secretary of the department he helped create.

BUSINESS OMBUDSMAN: Don Fry of the GBC, writes in Center Maryland about Roger Campos, Maryland’s new business ombudsman who reports directly to Gov. Larry Hogan. He’s here to take the fear out of business relationships with government. “Part of my role is to find bottlenecks, issues and problems that you’re facing and then try to solve them,” he told the Greater Baltimore Committee.

O’MALLEY SLAMS TRICKLE DOWN THEORY: Former Gov. Martin O’Malley laid out his five-point plan for improving the country’s economy on Thursday, continuing to strike the populist tone that has marked the run up to his expected presidential campaign. Erin Cox of the Sun reports that in a speech at the Harvard Institute of Politics in Boston, O’Malley took aim at “trickle-down economics” as the primary culprit for the nation’s concentration of wealth and promoted what he described as a policy of inclusion to would improve the middle class.

EDWARDS BLASTS VAN HOLLEN: A proposal to give the president greater authority to negotiate international trade agreements has become a rare point of contention among the Democrats in Maryland’s nascent Senate race, with U.S. Rep. Donna Edwards accusing her opponent of trying to back away from his past support of similar deals, writes John Fritze for the Sun.

IVEY RAISES MORE THAN RIVALS COMBINED: Maryland’s 2016 Democratic primary is still a year away, but the race for first-quarter fundraising numbers shows a clear front-runner in at least one congressional contest, reports Arelis Hernandez in the Post. Glenn Ivey a former Prince George’s County state’s attorney, has raised more in total campaign contributions than the combined total of the two other candidates in the 4th congressional district race whose filing reports appeared online as of Thursday.

BARVE’S HISTORIC RUN: If successful, state Del. Kumar Barve’s forthcoming bid for Congress would make him only the fourth Indian-American ever to serve on Capitol Hill — a fact that has generated as much, if not more coverage, of Barve’s campaign in his ancestral homeland as in the district he is seeking to serve, reports Louis Peck for Bethesda Magazine. Barve, who has served in the General Assembly for nearly a quarter of a century, is the only declared candidate for the Democratic nomination to succeed U.S. Rep. Chris Van Hollen, who is vacating the seat next year to run for the U.S. Senate.

PG TAX HIKE PROPOSAL LIGHTS UP BLOGS: The Prince George’s County Council’s vote is not until June, but the rancor surrounding County Executive Rushern Baker’s bold proposal is inciting furious debate in the blogosphere, community discussion boards and e-mail listservs where many Prince George’s County residents digest news about their government, writes Arelis R. Hernandez in the Post. They are written by community activists and can be influential. 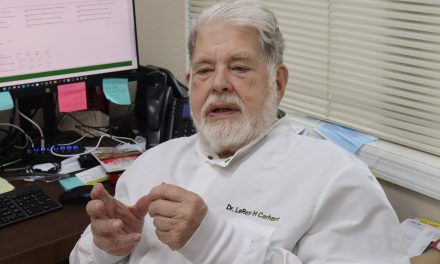