Opinion: Larry Hogan has chutzpah to ask for money to fight what he can’t win 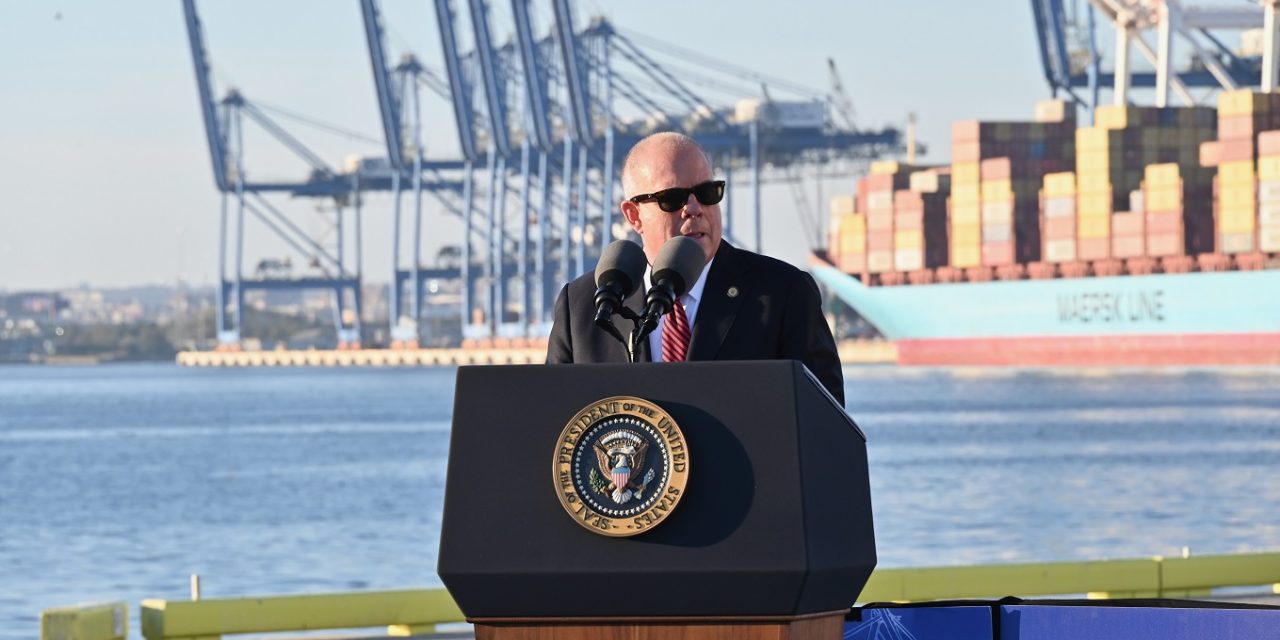 Republican Gov. Larry Hogan liked the feel of the podium with the presidential seal as President Biden visited the Port of Baltimore in November. Governor's Office photo by Joe Andrucyk

Let’s start the discussion with a definition of “chutzpah” for those who may not be familiar with the term. Vocabulary.com says: “Chutzpah is a Yiddish word meaning ‘impudence or gall.’ … If you have chutzpah, you say what you think without worrying about hurting someone’s feelings, looking silly, or getting in trouble.”

Gov. Larry Hogan demonstrated chutzpah during a day of television appearances Jan. 6. He pretty much disparaged those who supported the Trump campaign. Then he issued an all-hands-on-deck email requesting recipients send him money so he can stop the state legislature from further gerrymandering the state at the legislative district level.

His email said in part: “Next week will determine the future of our state for the next decade. The Annapolis politicians already passed the worst gerrymandered congressional maps in America. Now, they are determined to gerrymander our state legislative districts to protect themselves from being held accountable. We are fighting for fair maps drawn by citizens to put the people of Maryland back in charge. Will you chip in today to help us go on the offensive?”

The answer is simple, he cannot. So, what does he really plan to do with the money?

Every 10 years states must reapportion or redistrict themselves based on 10-year census information. That census was conducted in 2020 and the legislature is required by the state constitution to redistrict. The process allows the governor to submit his own redistricting solution to the legislature, which we all know is exactly what he did.

But the process also allows the Maryland General Assembly to redistrict in a manner that they see fit. The two recommendations are reviewed somewhere in the bowels of the state capital and a solution is accepted and approved by the legislature. Precisely what the state constitution requires them to do. I don’t like the process, either.

A gift that keeps on giving

Maryland’s gerrymander outcomes are the gift that keeps on giving — at least to the Dems. Willed to them by Gov. Martin O’Malley, the Democrat-majority legislature has done exactly what you expect a super majority Democratic legislature to do, maintain what they have had and ensure the last remaining Republican Congressional District in the state, CD 1– the seat in Congress currently held by Andy Harris — is reordered in such a way as to insure “a more competitive district.”

Said another way: the Dems win and Republican Andy Harris loses. For the record, I for one do not like the whole redistricting outcome in the state – but it is the constitutional process. Like it or not!

Larry Hogan knows that this is a losing battle. If he vetoes the map, the legislature will simply override him, as they did in December. If he goes to court, the courts will NOT engage, citing their reluctance to change a decision made by a political body – a body elected by the people.

The process for the legislature’s own districts works a bit differently. The governor submits a plan – as he plans to do — but if the legislature comes up with its own plan they like better – as leaders have already done — and leaders get a majority of lawmakers to approve it, it becomes law whether the governor likes it or not.

It is politics and that is how it works.  The outcomes we get are a direct result of the people elected, by the majority of voters, to represent us.  Like it or not, the Dems own the field and Hogan failed to change that in the 2018 election.

So, for what purpose does Hogan need you and me to send him money?  Well, as always, you have to follow the money. Hogan’s request for money comes on a flyer funded by the “Change Maryland Action Fund.” The Daily Mail states that “The Change Maryland Action Fund is calling itself the ‘official organization’ backing Hogan, who has said he is considering a presidential run…”

The Change Maryland Action Fund is technically a super PAC and not a campaign committee, and Hogan is not officially running for anything. He’s just doing his job and he’s “not giving much thought to politics, frankly,” as he told CBS Mornings Thursday. Sure.

Hogan knows that the redistricting fight is a fight he cannot win. He also knows that his time as governor is coming to an end.  So, the money you send today is going into a fund that keeps Hogan politically visible, should he choose to run for U.S. Senate in ’22 or president in ’24.

In any case, the money will do nothing to change the outcome of the redistricting of the state of Maryland. Sorry, but our blue state may get a little bluer. But, Gov. Hogan, a potential candidate with future political aspirations, sees an opportunity to build a fund that he will use to support his political quest – all the while, believing that people in Wyoming and Montana are pining away to see him in the White House.

We need all of our politicians to stop lying to us – especially the man elected to govern our state. Stop the grift – a little less chutzpah please. 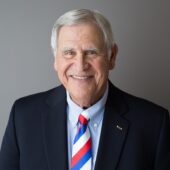 Marc A. King was a 2018 Republican nominee for a seat in the Maryland Legislature from Legislative District 15. Marc has continued his political activism by providing blogs related to a variety of political activities at the federal, state and local level. A retired Army lieutenant colonel, he transitioned from the position of President, Ceradyne Armor Systems, Inc., and provides advice and assistance to defense contractors as the President and CEO of KGV Enterprises, LLC, a defense strategies consultancy.